Fill it, shut it, forget about it | Value Research https://www.valueresearchonline.com/stories/28926/fill-it-shut-it-forget-about-it/ Why long-term approach works in the market and why it is difficult to follow this simple method

Fill it, shut it, forget about it 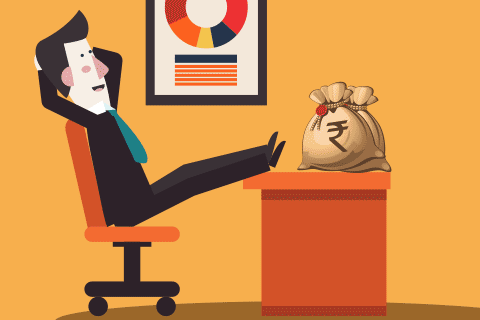 Many years ago, the chartered accountant who manages my money told me a very interesting story. In the mid-1990s, a woman approached him to invest some of her money. Being a believer in mutual-fund investing even then, he got the money invested in equity funds.

Having invested the money, the woman forgot about it. More than twelve years later, she approached him, rather apologetically enquiring about her investment. When she was told that the investment was safe and sound and had grown many times over, she was pleasantly surprised.

This small story proves the age old adage regarding investing in equities: Time in the market is more important than timing the market. But this, as I said, is an old adage, and there is a more important point that I want to make here.

The woman, because she had forgotten, did not track her investment for close to 12 years and was in for a happy surprise. While this is an extreme example, there is an important conclusion that can be drawn from it. As behavioural economist Richard H. Thaler writes in Misbehaving: The Making of Behavioural Economics: "More often people look at their portfolios, the less willing they will be take on risk, because if you look more often, you will see more losses." Thaler talks about an interesting experiment he carried out with three other professors: Amos Tversky, Daniel Kahneman and Alan Schwartz. In this experiment there were two sets of students who were given the job of investing money. Of course, these students were only pretending to be portfolio managers. Nevertheless, given that the earnings of students varied between $5 to $35 in less than an hour's time, the situation was real enough for them. As Thaler writes: "The subjects had only two investment options, a riskier one with higher returns and a safer one with lower returns... What we varied was how often the subjects got to look at the results of their decisions. Some subjects saw their results eight times per simulated calendar year of results, while others only saw their results once a year or once every five years."

What the experiment tells us very clearly is that if you really want to invest in the stock market and benefit from it, you shouldn't be looking at returns all the time. It will make you risk averse and drive you away from investing in stocks.

In fact, there is some interesting real (and not experimental) evidence from Israel. In 2010, the government agency which regulates retirement savings changed the way the reporting of investment returns was carried out.

As Thaler writes: "Previously, when an investor checked on her investments, the first number that would appear for a given fund was the return for the most recent month. After the new regulation, investors were shown returns for the past year instead... After the change investors shifted more of their assets into stocks. They also traded less often and were less prone to shifting money into funds with high recent returns."

In What Goes Up: The Uncensored History of Modern Wall Street, written by Eric J Weiner, Bill Griffeth, an anchor with CNBC, commenting on the channel, is quoted as saying: "You had a pre-game show, a half-time show and a post-game wrap-up. It really made sense when you thought about it, because the format was so familiar to the kind of audience we were going after anyway. We've long known that a good piece of our audience is male, and it didn't take a rocket scientist to figure out that it might be a good idea to use that same kind of mentality here and appeal to the same type of demographic that ESPN appeals to with its programming."

If you are the kind who follows these game shows masquerading as stock market analysis closely, then you will end up churning your investment portfolio on a regular basis given that you will be analysing your portfolio constantly.

Nevertheless, it makes immense sense to remember what Nassim Nicholas Taleb writes in Fooled by Randomness: "The difference between noise and information... has an analogy: that between journalism and history. To be competent, a journalist should view matters like a historian, and play down the value of the information, he is providing."

What Taleb is suggesting can be executed by journalists by saying: "Today the market went up, but this information is not too relevant as it emanates from noise." But in an era where the media has simply exploded and pretty much works 24/7, that is simply not possible.

As Taleb puts it: "Not only is it difficult for the journalist to think more like a historian, but it is, alas, the historian who is becoming more like the journalist [and so are market analysts who appear on television and seem to have an explanation for everything]... If there is anything better than noise in the mass of "urgent" news pounding us, it would be like a needle in a haystack. People do not realize that the media is paid to get your attention. For a journalist, silence really surpasses any word."

But it is not the journalist or the analyst's money at stake at the end of the day.

This column appeared in the September 2015 Issue of Mutual Fund Insight.