Why insurance wins over mutual funds

Insurance policies serve the purpose of 'mental accounting', which gives them a more favourable positioning 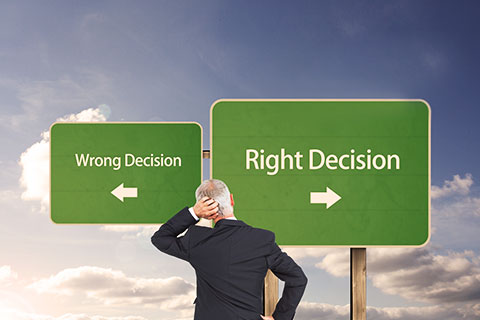 In my previous avatar as a full-time journalist I regularly wrote against the perils of investing in unit- linked insurance plans, or ULIPs. There was almost no way of figuring out which was the best ULIP going around. The commissions were high. And you couldn't just move from one ULIP to another seamlessly as was the case with mutual funds.

I also wrote about the risks of investing in endowment plans offered by insurance companies. They were a low return-high commission and totally non-transparent product.

The high commissions on offer were a major reason why most agents and distributors were interested in selling ULIPs and other forms of insurance rather than mutual funds. It needs to be pointed out here that almost all of what gets sold as insurance in India is a form of investment. Term insurance, which is the real insurance, is barely sold.

Over the years, the commissions on ULIPs and other forms of insurance have been coming down. Nevertheless, they still remain a popular form of investment. Why is that the case? The answer might perhaps lie in what behavioural economists call mental accounting.

Richard Thaler, a pioneer in the field of behavioural economics and who coined the term 'mental accounting', defines it as "the inclination to categorise and treat money differently depending on where it comes from, where it is kept and how it is spent."

Daniel Kahneman, a psychologist who won the Nobel Prize in economics, explains mental accounting in further detail in his book Thinking Fast and Slow. He writes, "We hold our money in different accounts, which are sometimes physical, sometimes only mental. We have spending money, general savings, earmarked savings for our children's education or for medical emergencies. There is a clear hierarchy in our willingness to draw on these accounts to cover current needs." He further points othat we use mental accounts for self-control purposes as well.

The concept of mental accounting is beautifully explained by Thaler and Cass Sunstein in their book Nudge: Improving Decisions About Health, Wealth and Happiness through the example of Hollywood actors Gene Hackman and Dustin Hoffman.

As Thaler and Suntein write, "Hackman and Hoffman were friends back in their starving artist days, and Hackman tells the story of visiting Hoffman's apartment and having his host ask him for a loan. Hackman agreed to the loan, but then they went into Hoffman's kitchen, where several mason jars were lined up on the counter each containing money. One jar was labelled 'rent', another 'utilities', and so forth. Hackman asked why, if Hoffmanhad so much money in jars, he could possibly need a loan, whereupon Hoffman pointed to the food jar, which was empty."

What this example clearly tells us is that in the minds of human beings cash or money or even wealth is not fungible. As Thaler writes in Misbehaving: The Making of Behavioural Economics, "Money is fungible, meaning that it has no labels restricting what it can be spent on....The failure to treat various pots of money as fungible... is what makes... [mental] accounting... feasible."

Hence, money or wealth is also divided into mental accounts. As Thaler writes: "Wealth, too, is often separated into various mental accounts... This can lead to the odd behaviour of simultaneously borrowing at a high rate of interest and saving at a low rate, for example by keeping money in a savings account... while maintaining an outstanding balance on a credit card that charges interest at more than 20% per year."

How is all this linked to insurance and mutual funds? Insurance policies as they are sold are more attuned to the concept of mental accounts. If you buy a child-plan ULIP, you are essentially saving money for the education needs of your child. If you buy a pension plan, you are saving money for retirement. These days there are even women only insurance plans, which are apparently structured to meet the investment needs of women rather men.

As mentioned earlier cash is fungible. You can run a systematic investment plan (SIP) in a mutual fund and still save money for your retirement or your child's education. It is just that it doesn't sound the same. In your head you are not doing enough for your child. Neither are you planning for a comfortable retirement.

The point is that the woman in the advertisement did not have to buy an insurance policy to save money for education. She could have bought a mutual fund as well. But she did not.

To conclude, it is important that mutual funds play the mental accounting game as well. Just talking about fantastic annual returns over a period of five or ten years is just not enough. Their approach towards marketing mutual funds is very cliched. They also need to tell the potential consumer what mutual funds can be used to save money for. It is a simple yet very powerful insight.

On a related note, to know how and why you are better-off without an ULIP or endowment policy, read this article.

This column appeared in the August 2015 Issue of Mutual Fund Insight.