Indian listed companies have witnessed a fall in the new foreign borrowings and is on a decade long low. The foreign borrowings in form of ECBs (External Commercial Borrowings) or FCCBs (Foreign Currency Convertible Bond) were prevalent as it worked out cheap. The trend is reversing in the past two years, as it has started to cost more to borrow in foreign currency due to a depreciating rupee. With the dollar on the rise against the rupee, the borrower has to pay more for the same amount of dollar. 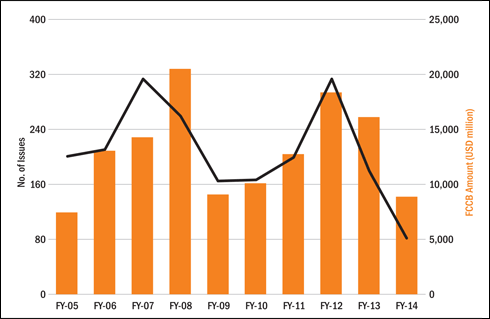