Power pangs | Value Research https://www.valueresearchonline.com/stories/23884/power-pangs/ Manufacturing and services sectors are crippling under the weight of rising fuel cost which in coming months will only further go up

In the last few months the power and fuel costs have gone up steadily. The major effect is yet to come as the gas prices which will go up to 50 per cent from April 2014 will also escalate the power cost further. The fuel costs which mainly consist of diesel have also gone up this year as the government has decided to raise it by at least Rs 1 every month. The manufacturing units and few services sector are hugely dependent on power and fuel and they form a major portion of their expenses. These companies may face heat of the rising bill this year and more next year. In FY13, listed companies marked their expenses on power and fuel at Rs 1,33,809 crore, with cement industry being the biggest consumer of power and fuel at Rs 18,478 crore. 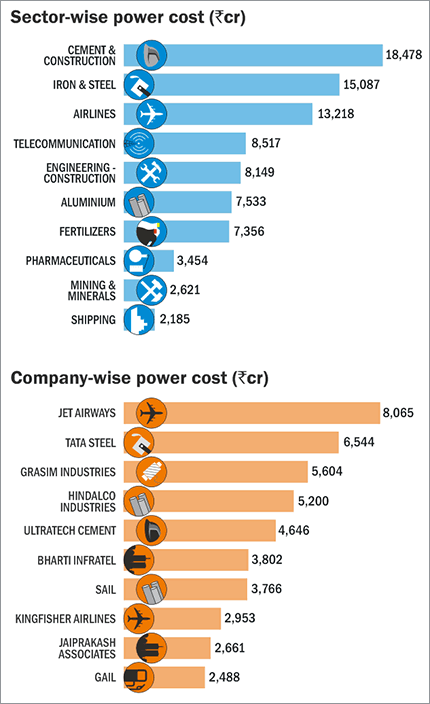