Light and easy on stocks | Value Research https://www.valueresearchonline.com/stories/23587/light-and-easy-on-stocks/ Staying within limits on individual stocks could well be the single most important service that equity funds provide to their investors

Light and easy on stocks 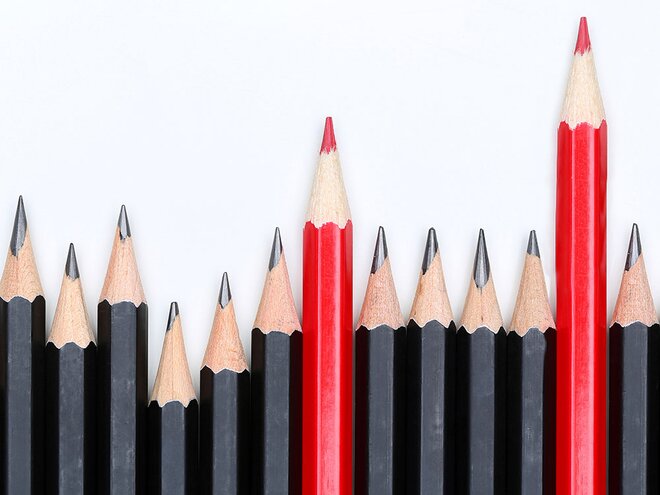 The single biggest difference between those who invest in equity through mutual funds and those who invest directly tends to be the diversification in individual stocks. Staying within limits on individual stocks could well be the single most important service that equity funds provide to their investors. In fact, one of the biggest advantage of investing in equity mutual funds is the automatic diversification it offers to investors, something that one investing directly in stocks would never manage.

In a sense, this is not a financial issue, but one of psychology. Investors who buy equity directly tend to get obsessed with their winners and go in too deep. They buy a stock and as long as it rises they keep getting tempted to buy more. Over time, they keep adding the same stock, which would only result in an increased allocation to these stocks. Arithmetically, this has a double impact of the rising number of shares as well as gains. Such a stock can quickly become a large part of the portfolio, which in itself goes against the grain of diversification. Of course, all things revert to mean and sooner or later the direction reverses, leading to disappointment.

This shouldn’t happen to mutual fund investors normally. However, just like sectoral exposure, there are two caveats. One, the previously sectoral and thematic funds. If you have a lot of your money in these funds then you could easily end up having a large chunk in whatever are the dominant stocks in that sector. The second factor, just like sectors, is direct equity purchases. If you invest in stocks directly, then you could end up buying a particular stock or set of stocks in large quantities. If that stock is there in some of your fund investments too, then the effect adds up. 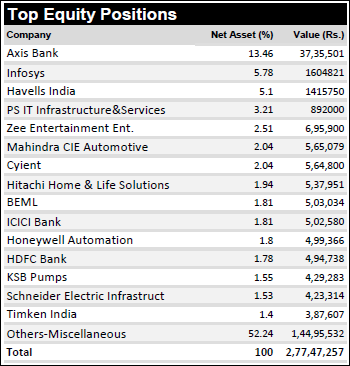 Interestingly, investor psychology is such that this happens more often than it should. Investors are often vulnerable to a peculiar psychological trap called familiarity bias. An investor will feel that he or she understands a particular sector and will tend to emphasise that in a variety of ways. This may cause some investors to be too concentrated with narrow investment themes because of their familiarity, which makes them feel confident about the available investment opportunities, that they go with what they know and can easily understand. For instance, one could invest in sectoral funds of that sector as well as buy shares in leading companies. This is more common than it should be.

As with other forms of diversification problems, the cure lies in information, data and analysis. Luckily, ValueResearchOnline.com supplies all three. The 'Analysis' tab in our Portfolio Manager has a section called Top Equity Positions which will tell you your exposure to the 15 largest holdings in your portfolio. As a rule of thumb, very few should be above 5 per cent and none above 7-10 per cent.

On the same page, there’s also the debt equivalent of this table. While debt investments are not subject to the above problems, if you have significant fixed-income fund investments, you might find this data interesting too. The debt holdings indicate the different types of debt instruments in which your investments are spread, including the tenure of the investments.

Going global
We discussed the five basic types of diversification in this series of articles -- the ones which all investors must keep in mind at all times. However, there’s one more type of diversification that is gaining importance and that’s geographical diversification. It’s not as basic a need as the rest and certainly, it’s something that Indian investors did not have access to till a few years ago, but it’s something you must start building an awareness of and trying out.

The logic of global geographical diversification is self-evident. Economies and stock markets around the world do not do well or do badly simultaneously. Global markets are linked, no doubt, but there are still differences. Sure, if there is a severe crisis like that in 2008, then the whole world will crash. However, global diversification is most useful as a protective diversification if one lives in a relatively isolated market such as India.

Take the most obvious example. Over the last four years from 2008, the Nifty is up 33 per cent and the S&P500 is up 75 per cent. Clearly, an Indian investor who was diversified into the US markets would have fared better. But the story is a little more complicated because of the impact of currency exchange rates. Four years ago, a US dollar was worth Rs 47.10. Today, it’s worth Rs 56.85. That’s a 20 per cent gain, which boosts the S&P500 return to a 110 per cent gain instead of 75 per cent.

Exchange rate movements can enhance or damp down the relative impact of the underlying investments. Thus, they are a source of short-term volatility to global investments. Take a look at the accompanying graph, which analyses the performance of the MoST 100, a typical Indian fund that invests in the US. It’s clear from the graph that sometimes gains in the underlying US markets (represented by the NASDAQ 100) are erased by the dollar-rupee movements and sometimes they are enhanced, as has been the case over the last month or so. At other times, the opposite impact occurs.

The lesson is not that Indians should not diversify globally but that they should be aware that short-term volatility in the exchange rates have to be tolerated.

This story is a part of our previous report about advantages of having a diversified portfolio. The series was first published in September 2013.