Learning from others' mistakes, Franklin Build India fund has outclassed other infrastructure funds...

The fund was designed as an impure infra fund as its offer document kept a leeway to invest nearly a third of its assets in non-infrastructure sectors. Also, it was among the last to get started in the barrage of such funds since 2006-07. Perhaps, it learned from the others’ experience.

Not to take away from the fund, its portfolio is unusual when compared to funds in the category and that has paid off. Nearly 30 per cent stocks in Franklin Build India are those not held by any other infrastructure fund. Jyoti Structures is one such company. Moreover, the fund has selectively avoided some prominent infrastructure stocks. Larsen & Toubro is one big example. 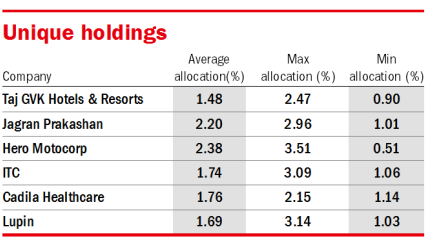