Why don't women make investment decisions? | Value Research https://www.valueresearchonline.com/stories/22334/why-don-t-women-make-investment-decisions/ Why is it that men are overwhelmingly more likely to be in charge of a family's savings and investments 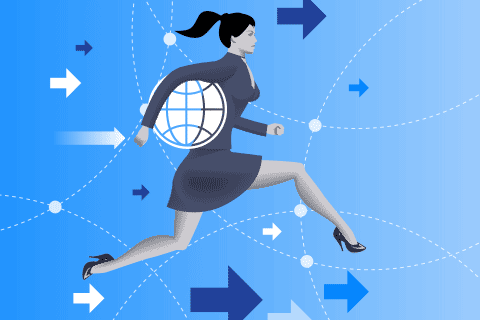 Today is International Women's Day. In India, most public discourses on women focus on their safety. However, when you dig deeply, many of the issues boil down to empowerment in an everyday sense, and one of the issues underlying empowerment is often money. The obvious problem here is that women in general earn less than men, often a lot less.

However, that's just one part of it. There is another dimension to this. Even when women earn well, and even when they belong to a milieu where there is no overt discrimination, they are less likely to be managing their own money, their savings and their investments. Leaving out those who are in a financial profession, it seems that investments is something that women just don't do. This is painfully clear in the emails that we get at Value Research asking for investment advice. There are men who ask for advice for their finances and there are men who ask on behalf of themselves and their spouses. However, there are practically never any women who write in for advice for their own finances, and absolutely never any who ask for advice for their family's finances and investments.

This state of things wouldn't come as a surprise to anyone but we need to pause and question it a little deeply. What exactly is the reason? The obvious answer is that in families, it's the men who manage savings and investments. But that simply restates the problem in different words. From the few women who do write in, I think there's another problem, which is that of self-confidence. When women write in to ask for savings advice, the language is basically along the lines of 'This is probably a stupid question, but...'. You see the problem here? There must be many more who thought of asking something but didn't want to be thought of as stupid so ended up not writing in. Meanwhile, men blithely write in asking questions and learning from the advice, regardless of their level of stupidity.

This phenomena is actually just a variation that women face often enough in their professions. However, when it comes to investments, there's a different set of stereotypes at work. There's the basic assumption that men are the savers and investors while women are the spenders. This is incredibly widespread and not just in a traditional background. Watch the ads on TV. There are plenty which show women as the wise and smart and sensible decision maker and men as the impulsive ones. However, these are all likely to be in things like nutrition or consumer goods and such. When it comes to ads that are about financial products, you see the reverse. The wise and foresightful husband plans for the future while the woman is buying LCD TVs, etc.

So how will this change? I for one don't think that any kind of top down, patronising solution (an investment equivalent of a women's bank, for instance) is going to work. Nor are the bizarre 'specially for women' bank accounts--they're just marketing gimmicks. Money is power, and that power extends not just to earning money but managing it, investing it and having a say in what's done. This kind of power is something that's transferred not when someone who has it gives it away, but when someone who doesn't have it steps up and acquires it.

At the end of the day, there's no difference between men who don't know enough about personal finance and women who don't enough. Both are a majority. And there's no separate men's and women's solutions to this. Regardless of gender, there are plenty of resources out there to educate oneself and pull one's level of understanding up by the bootstraps, as it were. It's sounds like a tough job, but there it is.

This is an updated version of a story that first appeared in March 2013.