The strength of our insurances | Value Research https://www.valueresearchonline.com/stories/200487/the-strength-of-our-insurances/ You should buy health insurance now because it is not certain that these two features will always be mandatory

The strength of our insurances 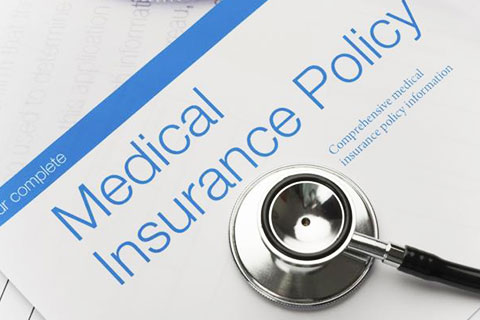 There is a crack in everything. That’s how the light gets in.” I read these beautiful lines by song writer Leonard Cohen, after he died last year. If you are wondering why poetry has found its way into a column on insurance, it’s because on the morning after New Year celebrations, I looked at everything I wrote in 2016 and found that it was overwhelmingly critical. So, this column is focused on the light rather than cracks; on the positive, unparalleled strengths of our insurances.

You should buy health insurance now because it is not certain that these two features will always be mandatory. Buy a high sum assured because the insurance will stay with you lifelong and, in all probability, will be used when you are older. If your insurance application is rejected, don’t give up. Find an insurer willing to issue the insurance to you, even with caveats.

First, the reduction in yield, in unit-linked insurance plans (Ulips) is restricted to between 2.25% and 3%. This effectively puts a cap on costs that an insurer can take from a Ulip. Before this regulation was introduced in October 2010, there were few restrictions and costs were much higher.

On the regulatory front, an excellent outcome has been the lack of market failure. Over the past 15 years, there have been a few severe international crises, some insurer exits from India, and a few mergers. Through all of this turmoil there has not been one insurer collapsing in India. The credit must go to local laws that require insurers to maintain high solvency capital and invest in highly secure financial instruments.

Policyholder interests have been consistently upheld in these transitions.

A more recent achievement is that the government has established two must-buy insurances for the poor. These are the Pradhan Mantri Suraksha Bima Yojana, which provides Rs2 lakh of accidental death insurance for Rs12 per annum, and the Pradhan Mantri Jeevan Jyoti Bima Yojana, which gives Rs 2 lakh cover on death for Rs330 per annum. These insurances can be bought from the local bank with an automatic debit for renewal. These insurances offer unmatchable price and benefits in a sustainable manner.

I have listed six standout dimensions of our insurance. The regulator should consider three more to implement this year.

Keeping a check on costs and allowing policyholders to surrender an insurance without prohibitive charges will go far to improve traditional insurance that currently offers low returns and is hard to get out off.

Second, set up an independent grievance-handling body that takes decisions within 3 months. Today, the only recourse that a disgruntled customer has is to approach the courts or ombudsmen. These processes can take a few years for resolution and, in the case of ombudsmen several insurances are excluded from their purview. Complaints to the regulator have limited impact because they do not comment on the issue but direct the insurer to look into the matter.

What we need is an independent body along the lines of the Financial Conduct Authority in the UK, which adjudicates quickly and fairly.

Finally, mandate more detailed claim and grievance disclosures. It was a major milestone when public disclosures were introduced over 5 years ago. Now, these need refinement. Specifically, claims information should be shared by products. Grievances should bring a clear sense of why people complain and whether complaints are addressed to their satisfaction.

If you have read this far, you are someone interested in insurance, so I will sneak in some criticism. Last month a new regulation on insurance compensation for intermediaries was notified.

Of the many changes, I want to highlight three. The compensation in traditional life insurance remains high, a missed opportunity for a Ulip-like spring cleaning because these plans offer low returns with high surrender costs. Compensation in motor insurance was significantly increased. This was not required because motor insurance is mandatory and already has considerable sales push. And, compensation on group health insurance was materially reduced. The most impacted will be distribution to small companies. These outcomes run contrary to the government and regulator’s objectives.

I don’t expect the industry’s development to be a straight line forward. Twists and turns are expected. However, the more cracks we expose, the more light shines through.