Large-caps to the Rescue 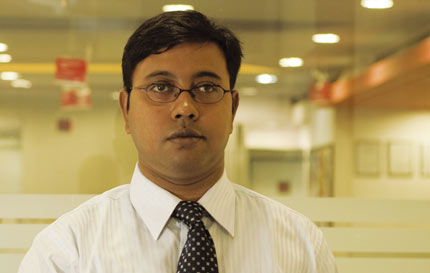 Between January 8 and July 15, Kotak Emerging Equity fell badly. What was the reason?
This fund is a three-year close-ended product which invests into sectors and companies which could benefit by factors like: Restructuring of business, unlocking of embedded value, business events, IPR unlocking and turnarounds.

Starting January, when the market went into a downturn, some of these concepts have not been in favour, which caused the underperformance. The fund, being close ended and in line with our fund house philosophy, does not maintain high level of cash and hence that added to the relative underperformance. However, it may be noted that the fund outperformed most of its peers for the period preceding January 2008.

Do you foresee more pain in the immediate future?
This fund is leveraged to growth, positive market sentiments (as it helps unlock embedded value) and hence any issues on the same may affect performance. However, we remain entrenched in our belief that we are in a long-term growth phase in spite of the recent blips.

Currently, what tactical moves are you making with respect to this fund?
We are utilising the full available limit for large-cap investments in order to mitigate the current volatility in the market.

This interview was answered via email and no response was given to the two queries: What was the reason for this crash? Did this crash take you by surprise?