Banks of South India - 1 | Value Research https://www.valueresearchonline.com/stories/48878/banks-of-south-india-1/ Moving beyond the oft-talked-about banks, in this two-part series, we take a look at the ones that are focused on the southern part of India or those that have originated from there Moving beyond the oft-talked-about banks, in this two-part series, we take a look at the ones that are focused on the southern part of India or those that have originated from there 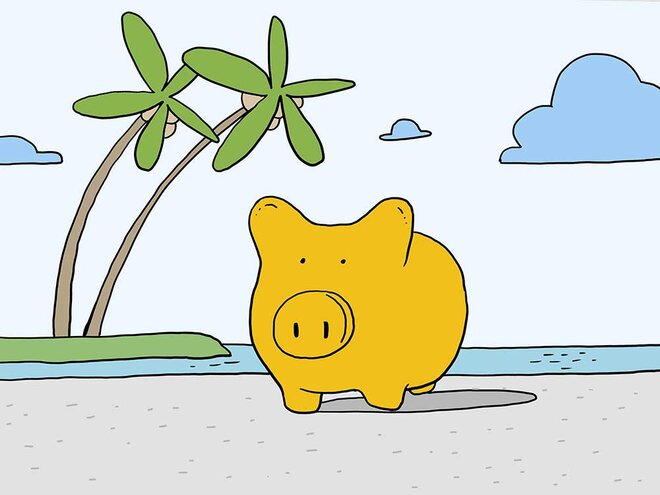 Apart from some big names with a national presence, the Indian banking sector has a number of small private banks with major dominance in the southern part of India. Banks, such as CSB, City Union Bank, Karur Vysya and others, have been around for almost a century now. Owing to their relatively small size, they were able to escape the nationalisation of banks in 1969. However, despite being around for such a long time, these banks have stayed largely regional.

In the past decade, many of these banks accelerated their growth momentum on the back of consortium lending, without realising the risk associated with this lending process. The failure of Lakshmi Vilas Bank (another southern-focussed bank) owing to this lending practice has brought back focus to these banks. The COVID-19-led disruption caused the final chink in the armour. Retreating from growth, these banks are now reducing their corporate loan books and focusing on their competence areas. However, with loans still under the moratorium, the Street remains uncertain about their future prospects. The RBI, in its recent publication titled 'Trends and Progress of Banking in India,' has revealed that the asset quality of all banks has been deteriorating sharply post-moratorium. Amid this, small- and mid-size banks remain vulnerable, owing to their small size and geographical concentration. In the first part of the two-series stories, we have delved into four south-India-based banks.

CSB Bank
With a history of almost 100 years, CSB is one of the oldest private banks in India. Following its acquisition by Canada-based investment firm, Fairfax, in 2018, the bank came out with its IPO in 2019. With a network of 421 branches, CSB has a strong base in Kerala (62 per cent of total branches) with a significant presence in Tamil Nadu, Karnataka and Maharashtra. The bank aims to fuel its future growth by leveraging its expertise in retail, gold and SME loans. As of September 2020, CSB's lending book comprised 53 per cent gold and SME loans. On the other hand, corporate loans accounted for 23.3 per cent of the total loan book, albeit on a declining trend, during the same period.

Under the leadership of former Andhra Bank CMD, CV R Rajendran, who was appointed as the CEO and MD in 2017, the bank is going through a sort of transformation. A case in point is its takeover by Fairfax and capital infusion, which provided the bank with growth capital. Further, the bank hired fresh talent and either sacked or offered VRS to underperformers. Moreover, instead of competing with bigger banks or participating in consortium-led lending, the bank is focussing on its area of competence - SME and gold loans.

Capital infusion by Fairfax led to the bank's capital-adequacy ratio improving to 22.5 per cent in March 2020 as against 16.7 per cent in March 2019. As of September 2020, around 15 per cent of the bank's loan book was in the moratorium on account of COVID-19. Besides, it is witnessing an improvement in collections. The management has made provision for bad loans of 90 per cent (including Rs 60 crore as provisioning for COVID-19) as of September 2020. The stock trades at a Price to book of 2.

Karur Vysya Bank
The bank was incorporated in 1916 by a group of small businessmen belonging to the Vysya community. With 780 branches across the country, the majority of its business comes from Tamil Nadu. Over the years, it has built a stable and loyal customer base. This is depicted by the fact that the bank had 93.7 per cent of its term deposit under Rs 2 crore as of September 2020. On the other hand, the bank has a well-diversified loan portfolio, with commercial accounting for 33 per cent of September'2020 advances, retail 22 per cent, agriculture 21 per cent and corporate 24 per cent. The bank faced a leadership void in January 2020 when its then CEO resigned, citing personal reasons. The void was finally filled in July 2020 when Ramesh Babu, an SBI veteran, joined.

Although the Q2FY21 net profit grew by 81.4 per cent YoY, these results need to be taken with a pinch of salt, as the loans remain under the moratorium so there is uncertainty over how much loans would need restructuring or turn bad. As of August 2020, the bank's moratorium loan book stood at roughly 37 per cent of advances. However, an improving capital-adequacy ratio, which improved to 18.4 per cent in September 2020 from 16.0 per cent a year earlier, should provide a cushion from bad loans. The stock currently trades at P/B of 0.55 as compared to a five-year median of 1.07. In 2014, the RBI started putting some banks under the prompt corrective action (PCA) framework. Dhanlaxmi Bank was the sole private sector bank who came under the framework. Under the PCA framework, banks were restricted to give fresh loans, instead concentrate on the collection of the existing ones. It came out of PCA in February 2019. Thereafter, it raised capital, brought down bad loans and its management committed to improving the overall performance on several business parameters, including cost-to-income ratio and net interest margin. Since then, the bank has posted profits during each quarter, while the capital-adequacy ratio has remained stable at around 13.7 per cent and non-performing loans have been under control.

However, what haunts the bank is a series of organisational and governance issues. In recent times, its shareholders have interrupted smooth business operations by targeting the management. Chairman and independent director, Mr Sanjeev Krishnan, who was appointed by the RBI to implement a turnaround plan at the bank, resigned in June 2020 before completing his tenure. Next came MD and CEO, Sunil Gurbaxani, who took over the assignment in February 2020 for three years. His appointment did not pass through the bank's September AGM.

Even though the bank struggles with management issues, 28 per cent of its advances as of September 2020 were to corporates. Concerns around asset quality remain high and the ongoing pandemic can further impact its balance sheet. The stock trades at a P/B of 0.5 as compared to a five-year median of 0.61.

City Union Bank (CUB)
This 117-year-old bank has followed the policy of avoiding big losses in troubled times and bidding on growth in opportune times. In the past decade, while other small banks got infatuated by growth and participated in consortium-led lending only to see its ramifications later, CUB stuck to its competence. Its main focus is on lending to high-yielding customers such as farmers, traders and small businesses. Further, the bank controls its downside risk through lower-ticket- size lending backed by adequate collateral. As of September 2020, around 99 per cent of its loans were secured. On the deposit side, the bank has no reliance on corporate bulk deposits and only 9 per cent of its total deposits were above Rs 2 crore as of September 2020. Out of its 700 branches, 628 branches are located in South India out of which, 485 in Tamil Nadu.

Although the management has seen banking transactions both in number and value returns reaching to the pre-COVID level, it remains cautious about making new loans. In Q2, total advances grew by 6 per cent mainly on the back of Emergency Credit Line Guarantee Scheme (ECLGS, which is secured by the government) and loans against gold. Net profit for the quarter declined by 18 per cent YoY mainly because of higher provision and lower other income. The management expects a major recovery in most accounts, with the hospitality sector being an exception. However, deterioration in asset quality and heightened provisions cannot be ruled out. The stock trades at a P/B of 2.38 as compared to a five-year median of 2.83.