Everything you need to know about the Franklin vote | Value Research https://www.valueresearchonline.com/stories/48823/everything-you-need-to-know-about-the-franklin-vote/ Should you vote in favour of the orderly winding-up of the six shuttered debt schemes at Franklin or should you not? Here's all you need to know to make up your mind.

Everything you need to know about the Franklin vote Should you vote in favour of the orderly winding-up of the six shuttered debt schemes at Franklin or should you not? Here's all you need to know to make up your mind. 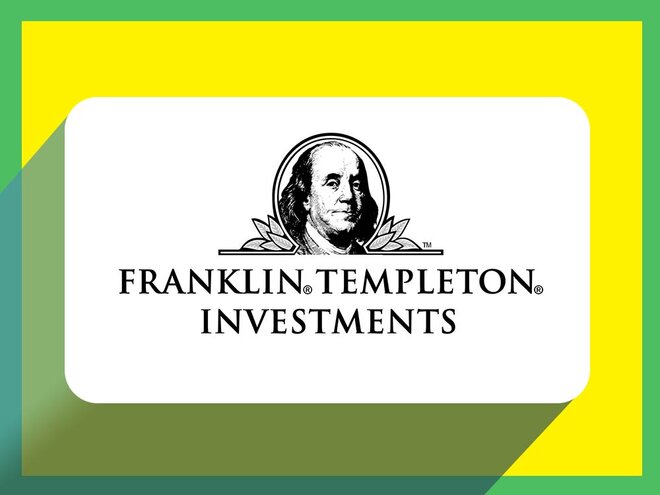 It has nearly been eight months since Franklin announced the locking up of over Rs 25,000 crore in six of its yield-oriented schemes. A lot has happened since then, however, all of it has now climaxed into a yes-no situation. Here are answers to ten most important questions which can help you decide whether you should vote a yes or a no.

1. Should I vote in favour or against the winding-up?
Most of investors are finding themselves in a tight spot on how to decide. Now, the AMC has pointed out that a negative vote will force funds to reopen, leading to distress sales, and therefore sharp drops in the NAV. This may even lead to inequitable distribution depending on the time of redemption.

On the other hand, with no redemption pressure or forceful selling, a yes vote will help the AMC to methodically progress with the winding-up. The AMC interprets that a positive consent will facilitate recovery of maximum value. Now with four funds already cash positive with Rs 7,488 crore, we believe that opting for winding-up is probably a better alternative.

2. As per the maturity schedule released by the AMC, it might take up to 5 years to get all my money. So, won't my money be stuck for long, if I vote 'Yes'?
Franklin has assured that a yes vote will not mean a lengthy wait for money. By opting for an orderly winding-up, you can typically expect the repayments to be as per the maturity schedule provided by the AMC. As per the schedule as of 15th December, the two shortest-tenured funds - Low Duration Fund and Ultra Short Bond Fund, will be able to pay back close to 80 per cent by April 2022. Dynamic Accrual Fund and Credit Risk Fund will be able to return 40-60 per cent during the same time. The wait in case of Short Term Income Plan and Income Opportunities Fund indeed appears to be longer. But the AMC endeavours to make periodic payments. Moreover, with markets normalizing, better liquidity, the AMC hopes to expedite the monetization process.

Lastly, as said earlier, the possibility of substantial drop in NAV due to large-scale redemptions cannot be ruled out. From that perspective, it is a choice between a potentially staggered recovery over a period of time or a sooner or immediate but potentially much lower recovery. While both outcomes are disappointing, and clearly not what the investors had signed up for, we believe that, given the situation, a delayed recovery is still better than a lower recovery.

3. What has been the repayment scenario in the various affected schemes so far?
In these last few months, the suite of six yield-oriented funds has been able to make recoveries at a decent pace. Also, as reported by the AMC, there have been prepayments to the tune of Rs 5,912 crore across the six funds, which is 50 per cent of the total amount received since closure. This gives some degree of confidence that the AMC will hopefully be able to stick to the repayment schedule to a great extent.

However, issues in payment by some issuers like Future Group, Essel, and ADAG group, have caused some pain. Different funds had different exposure to these securities. So, the repayments were impacted differently.

4. I don't trust Franklin now. Wouldn't voting a no at least get me the already recovered cash immediately by redeeming my units?
You should get the amount recovered even if you vote a yes. The AMC will not wait to completely liquidate the portfolio before making any repayments to the unitholders, in case of winding up. Once a fund repays the borrowings and turns cash positive, which four of the six already have, it plans to keep distributing the recovered money periodically.

On the contrary, in case of voting a no, while you may be able to get some money, it is less likely to be without any loss. In case there is a majority no, there is a high likelihood of heightened redemptions. To honour the same, the AMC will have to indulge in emergency liquidation of bonds leading to NAV losses.

5. I blame Franklin for this situation. Wouldn't voting a 'Yes' mean letting them off the hook?
We believe that you should not mix these two aspects. While of course, your experience as an investor has been quite unfortunate, vote based on what you believe is right for you and your fellow investors.
As for the wrongdoing on part of Franklin, the investigations are underway and let the courts decide whether they are guilty of misconduct. Remember, even if you opt for orderly winding-up, the AMC can still be liable to penalty in case the court finds them guilty.

6. Will the AMC be distributing cash immediately after it gets a favourable majority?
While not immediately, but hopefully soon. Once the AMC secures a positive vote, and subject to direction of Supreme Court, the trustees will have to seek investors' approval to authorise either them or Deloitte, to proceed with the winding-up and distribute cash proportionately, at regular intervals. So, once Franklin completes the two voting exercises, and provided it gets the go-ahead, the schemes will start returning cash to investors.

7. The AMC keeps on saying that the money recovered so far is without undertaking active monetization. But why did the AMC not actively monetize? Funds could have recovered more till now.
You have got a point here. However, the AMC can only indulge in active monetization after seeking your approval authorizing either the trustees or Deloitte, by simple majority, to monetize assets in an orderly manner. Also, Franklin is working with Kotak Mahindra Bank, the appointed independent advisor, to prepare for an efficient monetization of assets once it receives positive consent.

8. The AMC had cited liquidity freeze as the reason for winding-up, but what about the credit quality? Are there any concerns there?
There have been downgrades in the portfolio in terms of credit rating, notably in the bonds of groups such as Edelweiss Capital, Shapoorji Pallonji, Vedanta, Sadbhav and Future Group, and the impact has been different for different funds depending upon their exposure to these groups. But the AMC believes that what started as a liquidity issue remains a liquidity issue and there are no signs of it transforming into a credit issue. In fact, the AMC has pointed out that of the Rs 11,907 crore received since closure, till 15th December, 51 per cent has been received from bonds rated A and 46 per cent from bonds rated AA. Also, many of these bonds were unlisted. As per the AMC, this should elevate some of the concerns around the credit quality.

9. Will Institutional investors be treated differently from a retail investor for the voting process?
No. The AMC had clearly stated in the e-voting notices that each unitholder will have one vote. So, all investors will be treated the same.

10. When will the voting results be out?
The voting results will not be immediately made public. The results along with the report of SEBI-appointed observer, who will be monitoring the voting process, will be submitted to the apex court in a sealed cover. The next hearing date will be in the third week of January 2021.