Presenting three small-cap companies that can offer value to investors 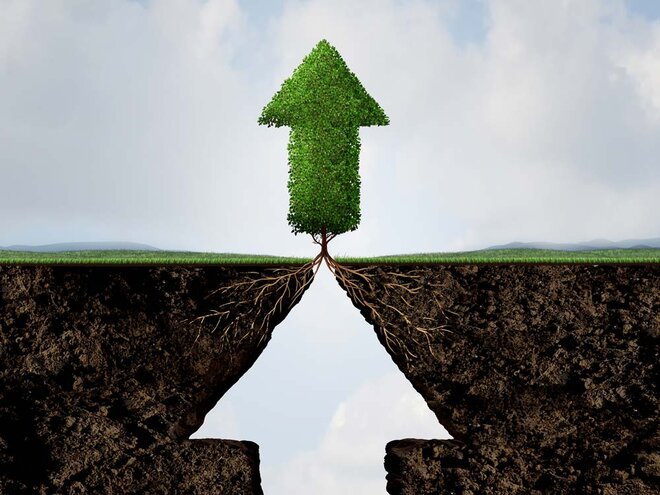 Although the market has come out of election euphoria, it has again fallen into the trap of the Trump factor and the fear of an escalating trade war. Amidst all, the market seems to have maintained its resilience, trading near its all-time high.

However, investors should not get misled by the headline indices, as they represent only a handful of large-cap companies. We should rather look at the broader picture and at the bloodied small-cap space. Over the last one year, the BSE Small-Cap index has witnessed a fall of more than 12 per cent, while many stocks in the small-cap space have witnessed an even deeper cut.

This leaves investors with two options: First is to run away from the market, considering that it is at an all-time high; or dig deeper, buck the trend and invest in such small caps.

We filtered out three companies in the small-cap space that have fallen significantly over the last one year but are still fueled by solid earnings growth. All these companies belong to different sectors and have their own challenges. Although the market has punished them badly in the last one year, they still ride high on robust earnings growth. Are you curious to know more about them? Scroll down.

Bharat Rasayan
Established in 1989, Bharat Rasayan (BR) is a manufacturer of technical-grade pesticides, such as fenvalerate and cypermethrin and intermediates, such as meta-phenoxy-benzaldehyde. BR operates in the B2B (business to business) space, catering to formulation players like Nissan, Bayer and Rallis. The company derives its revenue from domestic business , exports and its group companies comprising Bharat Agrotech and Bharat Insecticides. Its products are used in manufacturing pesticides. Primarily, it focuses on launching generic versions of agrochemicals, whose patents are about to expire (like many pharma companies). The company has two manufacturing plants at Mokhra village (Rohtak, Haryana) and Dahej (Bharuch, Gujarat).

Recently, the company has initiated a backward integration of its Dahej plant on the back of a supply shortage of critical raw materials from China following the pollution ban. Further, multinationals who were earlier dependent on China to procure their requirements are also shifting their focus to India, which also offers an opportunity for the company. It is also setting up a new facility in Sayakha, Gujarat, which is likely to lead to a combined capital expenditure outlay of around Rs 300 crore and will be partially funded by internal accruals and debt. BR is also looking to acquiring more MNC clients, owing to their sticky nature and long-term contracts on offer. In the past, the company showed an impressive reduction in its debt-to-equity ratio from 2.1 times in FY12 t0 0.43 time in FY18. Its promoters also hold a significant stake in the company (75 per cent), which is also positive for its investors.

However, its receivables are on a rising trend and stood at 28 per cent of its revenue as of March 2019. Over the past three years, its sales have increased by around 30 per cent. This indicates that the company is booking its sales without receiving cash. Further, the company's management remuneration is at the highest permissible levels under the companies act. Nevertheless, the company's high dependence on monsoon is a potential concern. Besides, it is a thinly traded stock as promoters hold a large part of its stake.

Having said so, the company has been successfully delivering a return on equity of more than 25 per cent in the last five years. Its stock has also compounded its shareholders' wealth at a rate of 51 per cent in the last three years, despite a fall of 33 per cent in the last year on the back of higher crude oil prices and declining operating margins. It currently trades at a PE of 15 times as against a five-year median of around 17 times.

Tata Elxsi
Incorporated in 1989, Tata Elxsi - whose parent company is Tata Sons - believes that the future will be driven by technology. It provides design and technology services primarily to the automotive, broadcast, communication, consumer electronics, healthcare and transportation industries. It operates in three segments - embedded product design (EPD), industrial design and visualization and system integration, which contributed 86 per cent, 10 per cent and 3 per cent, respectively, to its revenue as of the financial year ending 2019. The company's EPD segment is the key centre of attraction since it includes future initiatives like self-driving cars, connected cars, advanced driving assistance, navigation systems and gesture-based commands. This segment derives a major portion of its revenue from automobiles, communication and consumer electronics.

The company derived around 60 per cent of its revenues from the automotive sector in FY19. JLR (Jaguar Land Rover) is its biggest customer, contributing around 21 per cent to its total revenue during the same period. However, this share has been on a falling trend because of the addition of new clients and the company's constant effort to diversify its revenue sources. Its top five and top 10 clients contributed 40 per cent and 52 per cent, respectively, to its FY19 revenue.

Its medical and healthcare segment, on the other hand, is witnessing the addition of a good number of clients. Hence, even if this segment is small, it has the potential to grow in the future. The company expects to achieve revenue growth of 10 per cent on a quarter-on-quarter basis, which seems to be quite aggressive as compared to its average growth of 2.7 per cent in the previous eight quarters. However, the short duration of its contracts (two to three quarters) provides limited visibility to the company's revenue growth.

Despite various challenges, Tata Elxsi has maintained revenue growth of more than 14 per cent in the last three years, while its earnings have increased by 23 per cent during the same period driven by higher margins. Also, it has consistently delivered a return on equity of more than 30 per cent in each of the previous three years. However, during this period, its stock has compounded at a rate of less than one per cent on the back of the impact of a 35 per cent fall in the last one year. It currently trades at 19 times its earnings, which is well below its five-year median of around 30 times.

The growing use of technology in automobiles and healthcare, rapid digitisation (4G and 5G), increasing demand for OTT (over the top) content on smartphones, televisions, tablets and internet of things are future growth drivers for the company.

Sterlite Technologies
Established in 2001, Sterlite is a demerged entity of Sterlite Industries. Until 2015, it also owned a power transmission business, which was later demerged into a separate entity. This gave a huge boost to the company's financial position, as it transformed itself into an end-to-end provider of fibre optic products and solutions.

However, the industry in which the company operates is encountering some headwinds recently, as the prices of fibre optic cable are falling across the world, led by China. This has resulted in pricing pressure on the optic fibre cable business. The company; however, has maintained that it has long-term contracts for optic fibre and that it does not participate in spot contracts. Hence, it is not materially affected. Recently, promoters of the company have revoked their entire pledge of 97 per cent, which was a huge concern for its investors. Nevertheless, the company remains highly indebted, with its FY19 debt-equity ratio standing at 1.2.

On the other hand, the increasing share of services and software (relatively low-margin business) has already started leaving a negative impact on its margins from the earlier 22-26 per cent range. Besides, its shift towards the services business has also resulted in a rapid increase in its working capital requirements to 10 per cent of revenue (FY19) from 1.2 per cent (FY18). This increase in working capital is financed by excessive short-term borrowings, which, in turn, has sent its short-term borrowings to more than 57 per cent of the equity. Despite this, its financials are backed by healthy cash flows and comfortable interest coverage ratios.

The company's management is confident of achieving an operating margin of 18-20 per cent, with the revenue-mix equally split between products and services segments. Its robust order book of 10, 500 crore (2.1 times of FY19 revenue) is a sigh of relief for investors. Further, it is in the process of expanding its capacity to cater to the anticipated demand for fibre optic cables.

Sterlite has managed to deliver an exceptional growth of 31 and 53 per cent in its revenue and profitability, respectively, over the last three years. The company's three-year average ROE stands at around 35 per cent. At present, it is trading at a PE of 13 as against five-year median of 31 times, after witnessing a fall of over 39 per cent in the last one year.