Mid caps that are thriving on growth & value | Value Research https://www.valueresearchonline.com/stories/46925/mid-caps-that-are-thriving-on-growth-and-value/ Introducing the mid-cap stocks that are in line with the principles of growth and value investing

Mid caps that are thriving on growth & value 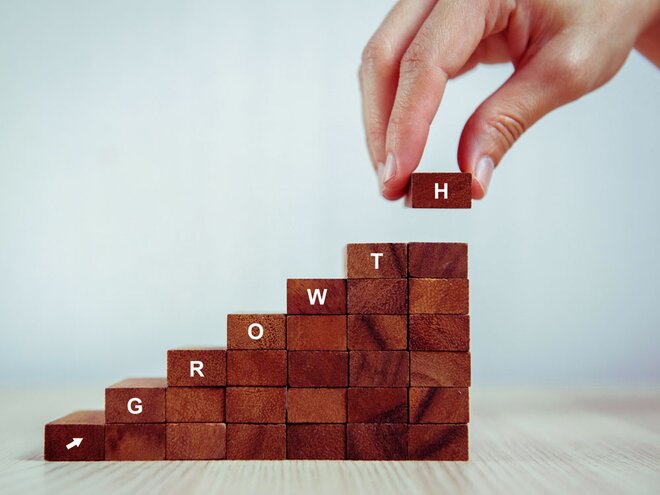 In a fast-growing economy like India, investors are always on the lookout for stocks holding growth potential. Nevertheless, the real trick lies in the ability to identify such stocks at a reasonable price. Precisely, this is where the growth at a reasonable price (GARP) strategy comes into play. Popularised by legendary investor Peter Lynch, the GARP strategy strikes a subtle balance between value and growth investing.

In our previous article, we evaluated large-cap stocks using the GARP principle. In this article, we have analysed three mid-cap stocks through the GARP lens. Notably, these three stocks obtained good growth in the past; however, they are now trading at a reasonable valuation. For this analysis, we have used certain filters that are considered to be appropriate for mid caps. These filters were:

These three stocks are as follows:

DCM Shriram: The company is involved in a) Chloro Vinyl business (32 per cent of the FY19 revenue): This segment comprises 1) the production of caustic soda, chlorine and associated chemicals at its facilities in Kota (Rajasthan) and Bharuch (Gujarat). 2) the manufacturing of PVC (polyvinyl chloride) resins (mainly used in piping and fittings) and calcium carbide with the captive production of essential inputs.

d) Other businesses (10 per cent of the FY19 revenue) mainly comprise the manufacturing of UPVC windows and door systems under the brand name Fenesta, cement business and PVC compounding.

The ongoing capacity addition of around Rs 1,642 crore at its sugar and chlorovinyl businesses is expected to provide a major fillip to the company's future growth. On the other hand, the government's growing focus on agriculture and infrastructure spending is anticipated to boost its PVC business, as almost 73 per cent of PVC resins are used for producing pipes and fittings. Besides, its sugar business is also likely to benefit from new distillery which is to be commissioned in 2019, as well as from the government's renewed push for biofuel. However, some possible headwinds for the company include environmental concern over the usage of pet coke and easing environmental regulations in China, which is likely to intensify competition.

Alembic Pharmaceutical: Founded in 1907, it is involved in branded formulations, international generics and APIs. In 2011, the company was demerged from Alembic Ltd. to concentrate on the formulations business and reduce its dependence on the commoditised Active Pharmaceutical Ingredient (API) business. Its formulations business (including the US generics) accounted for 80 per cent of its FY19 revenues, with the domestic:export ratio pegged at 44:56, while the rest came from the API business.

Export formulations, on the other hand, contributed ~45 per cent of the total revenue in FY19, wherein ~70 per cent was contributed by the US generics. In this category, the company is mainly present in oral solids and derma and is all set to enter in oncology injectables and oral solid dosage on the back of start of its two new facilities in Gujarat. On the domestic front, the company's domestic branded portfolio is gradually shifting to the specialty business segment, which accounted for ~63 per cent of domestic branded formulations in FY19 as against 54 per cent in FY14 and made up for 91 per cent of the new launches in the last five years.

Over the years, its R&D spend increased to 12.7 per cent of the total revenue in FY19 from 6.3 per cent in FY19. This translated into a cumulative ANDA filing at 161 at the end of FY19, of which 77 have received approvals.

In the last five years, its earnings per share grew by ~20 per cent, with a consistent ROE of more than 20. Recently, its debt to equity has risen to ~0.3x in March 2019 from ~0.05x in March 2017. However, it is expected to narrow down on the back of the company's expansion plans. Its stock currently trades at a PE of 16.9x as compared to a five-year median PE of 25x.

Sun TV: Launched in 1993, this largest TV network in South India commands a total market share of around 50 per cent in Tamil general entertainment. It also owns the largest network of FM radio stations, comprising 55 stations - of them, 49 stations belong to well-known 'Red FM.' Further, it owns an IPL (Indian Premier League) franchisee 'Sunrisers Hyderabad.' In FY18, it derived 90 per cent of its revenues from advertising and subscriptions (direct to home, cable operators and overseas). In a bid to stay relevant in the emerging digital world, Sun TV made a foray into the digital OTT (over the top) space in 2017 with the launch of Sun Nxt.

On the other hand, growing investments in producing in-house content for its digital platform, 'Sun Nxt' and marketing and content costs for its newly launched Bengali channel are again expected to dent its margins in the near term.