Investing in a political crisis | Value Research https://www.valueresearchonline.com/stories/46766/investing-in-a-political-crisis/ Jai, Veeru and Gabbar thrash out what investors should do when negative events such as war and political upheaval strikes

Investing in a political crisis Jai, Veeru and Gabbar thrash out what investors should do when negative events such as war and political upheaval strikes 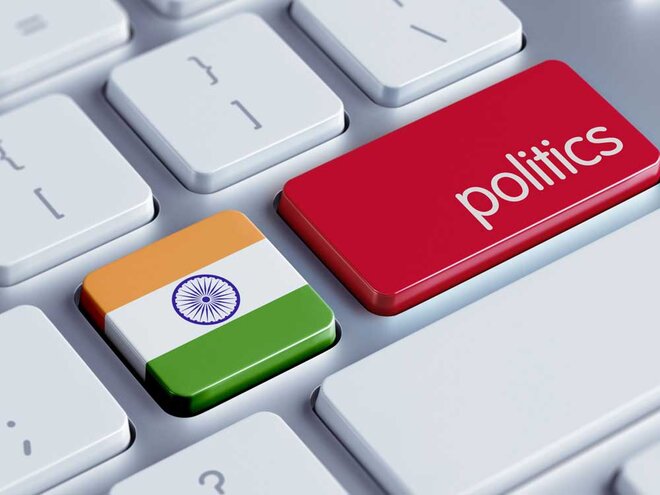 Jai and Veeru bumped into each other as they were hurrying to an emergency meeting called by their friend Gabbar.

Jai: Veeru, you! Glad to see that Gabbar has called you, too. Is everything all right with him? When he called me, he sounded breathless and said there's an emergency and he needs my help.

Veeru: Same here, Jai. But anyway, here we are at Lovely Dhaba.

Gabbar: Come, come my friends. Thank you for meeting me so quickly. But it's an emergency, isn't it?

Jai: What do you mean, Gabbar? Is everything okay at home?

Gabbar: Yes, yes, this is not about home.

Veeru: Oh, I am relieved to know that. But what's the emergency then?

Gabbar: You've not been watching TV or what? India has done air strikes on Pakistan and downed one F-16. They hit back but released Wing Commanderji and I thought that will be the end. But looking at the heavy shelling and what-not at the Line of Control every day, it looks like this won't get over soon.

Veeru: Ha ha! Has defence ministry asked you to come up with a good counter-terrorism strategy, Gabbar? I and Jai know only about SIPs, not MIGs.

Gabbar: Very funny! After this India-Pak fight, elections are also due. What a bad time for investing in equity funds. I am going to stop my SIPs and redeem all equity funds. Bank deposits are best in such times.

Veeru: How have you come to such a conclusion?

Gabbar: By looking at my returns. See, I listened to you both and am a very disciplined investor in multi-cap equity funds. I am regular with my SIPs. I believed that SIPs were good in falling markets and you can't deny that the Sensex has been falling continuously. But when I look at my portfolio statement, I get acidity. Its value is less than my cost.

Jai: When did you start your SIPs?

Jai: Your portfolio is showing losses because stock prices today are at far lower levels than the levels at which you have been investing. Here, let me show you the Nifty 50 graph and you will get it. See, when you started your SIPs in January 2017, the Nifty 50 was at about 8,200. For the next 12 months, it rose steadily and peaked in August 2018, at about 11,600. After correcting, it is now at 10,800.

So, your SIPs have been running for 25 months now. But for 20 months, your equity-fund NAVs were rising and therefore your SIPs were buying units at rising prices. It is only in the last five months that your SIPs would have bought units at falling NAVs. Hence, the losses.

Gabbar: But it's very difficult to keep sinking my money into these SIPs when I see losses every month. I would rather spend it on some jewellery for your bhabhi and make her happy.

Veeru: It does take a lot of will power to invest in SIPs when they're showing losses. But think of it this way, Gabbar. SIPs are designed only for markets like this. The basic purpose of an SIP is to help you average your costs lower. When the Nifty finally goes back to 11,000 or 12,000, you will realise that the SIPs that you made in these terrible months helped your portfolio returns.

Veeru: I can assure you that the markets will go back to 12,000. Not only that, they will head even higher and you will be glad you continued with your SIPs.

Gabbar: See, if these surgical strikes and counter-strikes, etc., continue, how can the market ever go back to 12,000? I also saw many experts on TV tell investors that with war clouds and elections, it's better not to take any equity positions.

Veeru: Hey, the advice given by those TV experts is meant for short-term equity traders and F&O investors. If you make trades in the markets with borrowed money, events such as war or elections can impact you a lot. Your capital will get wiped out. But SIP investors should be praying for falling markets, so that their units are cheaper!

Gabbar: Got it, but you're still avoiding my main question. Don't think I can be distracted. When will the market go back to 12,000 and when will I make 15 per cent returns?

Jai: Not just me and Veeru, even Rakesh Jhujhunwala can't tell you that, Gabbar! But if you go by past experience, market cycles in India have lasted five-six years. So that's when you should expect your SIPs to break even, even assuming you started off at a market high, though you didn't.

Veeru: Value Research did a very detailed study of 3.67 lakh possible SIPs across all equity funds running from 1992 to 2017. What they found was that investors who ran SIPs for four years or more ended up in the green 94 per cent of the time. Even if you are unlucky enough to be in the remaining 6 per cent, you can expect to break even within the next couple of years. Remember that this data covers SIPs in terrible bear markets like 2008 when the Sensex fell 52 per cent in a single year. This study also showed that the average return on five-year SIPs was 15.1 per cent.

Gabbar: But I can simply stop SIPs now and restart them after elections. Then I won't need to worry about losses.

Jai: You've got it wrong, Gabbar. Losses on your SIPs in the short term often mean hefty profits five or 10 years later. If you stop your SIPs now and invest only when the market is rising, that will be a nice way of making bank-deposit-type returns. Okay, tell me quickly what were some of the worst global events which really shook investors?

Gabbar: Why! 9/11 when those terrorists attacked the World Trade Center. I watched it all on TV. Then there was the US financial crisis in 2008, which caused a big market crash and everyone said there will be a global recession. In August 2013, I remember everyone was worried about 'taper tantrum'. The rupee went to 68 and everyone was talking about India running out of money to pay its import bill.

Jai: But let us warn you. The Kargil war was a very short one. There is a chance that the current Indo-Pak fighting may last longer. If so, the market will react badly to it and you will have to put up with red in your SIPs for some more time. All we are saying is that don't look at your SIP returns so soon, after two or three years. Give SIPs five-10 years.

Gabbar: Let's hope that doesn't happen. But what about elections? Don't FIIs stay away from Indian equity before general elections and buy later? Why shouldn't I be like FIIs? They are smart people.

Veeru: Gabbar, not all FIIs are long-term investors. And FIIs have deep pockets and can exit after they've made a 30-40 per cent loss. Can people like you and me do that? Besides, it's a wrong perception that FIIs stay away from the market because of elections. There are many other factors that affect their decisions.

If you look at the NSDL data, FIIs were net buyers in Indian stocks throughout FY13 and FY14 and pumped in `2.2 lakh crore in the two years, though they knew elections were coming up in May 2014. They bought `2.7 lakh crore worth of stocks in the election year FY15 and became net sellers only in FY16.

Jai: Veeru is right. Many FIIs are not long-term investors. There are many large hedge funds operating as FIIs that make money from betting on 'event risks'. They take big long or short positions in a market before a big event and exit their positions immediately after it to make quick gains.

Veeru: Forget FIIs, if you look at retail investors who made a lot of money in the last 10 years, they were those who invested two-three years before the 2014 general election and held on after it. In May 2012, the Nifty was at 4,900 levels. On May 15, 2014, one day before the election results were declared, the Nifty was already up 45 per cent from that level, at 7,125.

Jai: So, for long-term investors like us, not investing before big events and sitting on the fence can be risky, too.

Gabbar: But what if the election results throw up a coalition government or something?

Jai: Then the markets may remain volatile for more months. But remember that India has had many governments with a slim majority in the past; it is landslides like 2014 that are rare.

Veeru: I will give you an even better reason Gabbar. If you stop your SIPs now, every time the market goes up by 100 points, you will spend sleepless nights worrying whether you should have continued. I and Jai will have to attend a lot of such emergency meetings and you will end up spending a lot of money at Lovely Dhaba!