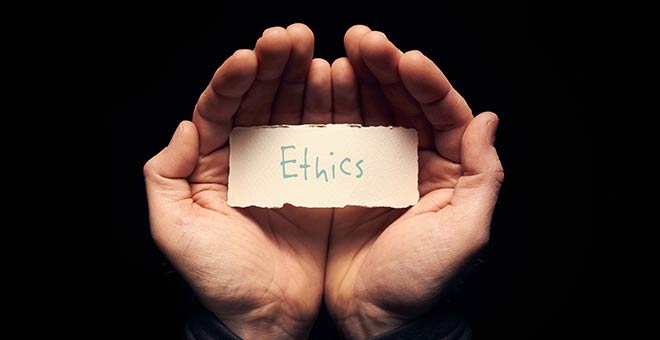 The New Year has begun on a rather sobering note for India Inc, with markets coming down heavily on promoter adventurism. Under the spotlight now are companies that recklessly borrowed to fuel growth and unrelated diversifications. From lending practices to high promoter pledges, everything today is under the scanner. And the rating agencies may finally be made accountable, if the market watchdog SEBI's moves are anything to go by.

Hopefully, this is the new normal, even though promoters are taking a little longer to get used to the changed circumstances. With lenders liquidating pledged shares in panic, some promoters have attempted taking an aggressive stance, but their heydays are clearly over. Essel Group Chairman Subhash Chandra even called his lenders "anarchical," after they started selling pledged shares. But the writing is clearly on the wall, which is forcing some of these promoters to sell their family silver.

A little over a year ago, some of these promoters had investors eating out of their hands. They could seemingly do no wrong, so long as they made tall promises and analysts kept busy forecasting higher earnings. Despite breaching all loan covenants, one promoter told me, "It's no big deal... there are many others like us. We just need time." Some of these promoters have been facing a severe cash crunch for years, but they continued to sail their boats as long as the tide was high. Now they are facing bankruptcy proceedings.

Unfortunately, markets don't fall in love with companies that silently keep doing what they are good at year after year. I still remember analysts asking HDFC Bank in the early noughties as to why it was not able to grow its loan book like some of its peers. It's only now that many of them would be thankful of HDFC Bank's conservatism. I remember asking the head of corporate banking at HDFC Bank in 2017 why he never lent to any power generators back in the day and they said the companies didn't have all the linkages or assured coal supplies. So how could they generate and sell power? That's how simple it is.

Markets are not always appreciative of ethical or conservative managements. In good times, investors and lenders are more than willing to support swashbuckling promoters and their pursuits. And this CEO worship is not just restricted to boards. Foreign funds too have a preference for such managers. I recall the hasty letter OppenheimerFunds wrote in defence of the former CEO of Infosys, Vishal Sikka. Hopefully, the company's settlement with SEBI permanently puts the lid on the murky chapter, which proves that there were transgressions on part of the entire board and the CEO.

Markets tend to fall for stardom, too. It has taken HDFC Bank and Infosys years to convince the markets that their approach to growth, financial reporting and conservatism is a long-term game.

And this is true not just for India. In her book Value Shift, Lynn Sharp Paine, professor at the Harvard Business School, writes that though the connection between ethics and economic value can be difficult to track, because they are often indirect or remote in time, they are numerous. The example I really like is the one of AES Corporation. The company, which was going public in 1991, wrote in its prospectus that if it had to choose between its values and ethics over profits, it would choose the former. So unprecedented was this move at that time that the US market regulator asked the company to mention it in the risk factors and not its values. Yes, ethics were a risk if they came over profits.

In the last few months, at Value Research Stock Advisor, we have been faced with situations where we had to delve deeper and question companies on their strategy as they faced some serious headwinds and the stock price took a beating. While they were never hot stocks, these companies are good at what they do. They take care of their customers and employees alike and are open to investor scrutiny.

Vardhman Textiles is one such company we met in November at its headquarters in Ludhiana. The company has been in the business for several decades now. Its managing director Neeraj Jain is an old hand and has grown from within the ranks. He joined the company in the early 90s and has stayed with the company since then. The company is proud of its conservative nature, which means it won't chase growth mindlessly. Even if it sees opportunity in garments, it will not rush into anything unless it can scale the business profitably. When we asked why it was not able to pass on higher input prices to customers, Jain's answer was that the company wanted to retain customers in tough times as they often found it hard to pass on the higher costs to retail customers. It is for this reason that customers stay with the company through different business cycles. That the last one year has been challenging for textiles and exports is well known and the company made no bones about it either. Jain told Value Research Stock Advisor that even though the next 12 months could be challenging, the company could survive them and its new capacities would go onstream just when demand was ready to pick up. Transparency is a trait I have learned to value in companies.

Another of our companies, which has been facing challenging times due to slowing global trade, we met discussed at length its plans to tide over the immediate issues. It gave a road map on how it intended to monetise non-core assets and focus on the domestic opportunity as global trade would likely remain weak through 2018 and 2019. In two quarters, the company managed to turn around the loss-making unit, which gave us sufficient confidence to upgrade it again to 'buy' from 'hold'. Its domestic business too is seeing reasonable traction. We believe these companies will overcome rough patches in the long term.

Stock prices are not always the best barometer of a company's inherent strength or intrinsic value. It is for this reason that it makes immense sense to stick around in these stocks even through tough times, so long as these companies stick to their core and do not compromise financial ratios. Traders press the sell button at the hint of a problem, but investors buying a business would think differently.