By Yash Rohra and Danish Khanna IPO market has been going through a dry spell for the past four months. The NBFC (Non-Banking Finance Companies) crisis which erupted in September-October of 2018 led to drying up of funds. This in turn drove companies away from the IPO markets.
Ending this hiatus, Chalet Hotels have come up with the first IPO of 2019. Chalet Hotels, part of the K. Raheja Corp group is an owner, developer and asset manager of luxury hotels in India. The company's hotels are currently branded with global hospitality brands such as JW Marriott, Westin, Marriott, Marriott Executive Apartments etc. It also develops commercial and residential spaces in close proximity to its hotels.

At the moment, the company has five operational properties located in the key metro cities of Mumbai, Bengaluru and Hyderabad. Out of these, one is managed by Chalet and the remaining four are managed by Marriott Hotels India Pvt. Ltd. and its affiliates.

As of September 30, 2018 the company owns a total of 2,328 rooms, out of which around 93 per cent are managed by third parties. In addition, it also has three hotels currently under development, which are expected to be operational by 2021. These would in turn add an additional 588 rooms to the total.

Strengths
The company's portfolio consists of high-end branded hotels, all strategically located in key metro cities of India. It has an active asset management model for the hotels managed by Marriott which gives access to the latter's management expertise, human resources and operational know-how. Also, due to this agreement, the company does not have to incur any promotional costs on brand promotion.The average occupancy rate commanded by the company is at 70 per cent, which is higher in comparison to the industry. Occupancy rate is one of the key metric to analyse hotel industry. It signifies how many rooms are occupied out of the total rooms. A higher rate is better. Chalet is also backed by leading real estate developer, K. Raheja group, and therefore benefits from lower cost of land acquisition and of developing hotels.

Weaknesses
The company is highly indebted, part of which will be paid from the IPO proceeds. As of December 31, 2018, the total outstanding borrowings were Rs. 2,586.39 crore. It's high degree of dependence on Marriott for branding and running the hotel operations increases vulnerability. The business model is based on acquiring land and its further development, which requires significant capital expenditure. It's ability to raise funds and expansion plans may be curtailed by the already high levels of debt in the balance sheet.

Risk and Concerns
Hospitality sector tends to follow macroeconomic cycles which makes it seasonal and cyclical in nature. Shifts in consumer demand is yet another factor which remains a potential threat to the company.

As mentioned above, the company's high degree of dependence on Marriott raises uncertainty and concerns, if the operator decides to terminate or not renew the contracts. In addition, there exists renewal risk as two of its hotels in Powai, Mumbai and Mindspace, Hyderabad are due for renewal in March 2020 and December 2021 respectively. Further promoters have pledged 27 per cent of their shares (Pre- IPO), which could lead to steep price fall in case the lenders decide to revoke the pledge, in any event.

Litigations
The hotel property at Vashi, Mumbai is a subject matter of litigation with City and Industrial Development Corporation of Maharashtra Limited, pending in the Hon'ble Supreme court of India. Any adverse decision against the company in the matter can negatively impact the operations at the hotel.

Also, there is an ongoing litigation with Hindustan Aeronautics Limited over a residential project at Koramangala, Bengaluru. The subject matter of this litigation is the height of towers and pending the final outcome of the decision, the company has initiated mitigation program with the customers. Under this the allottees have been given the choice to sell their apartments back to the company or continue with some compensation. The company has already made provision of Rs. 111 crore towards this project as of September 30, 2018. 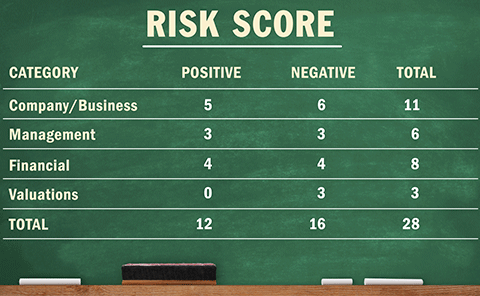 How would the IPO proceeds be applied

1. Are the company's earnings before tax more than Rs 50 cr in the last twelve months?
No, its consolidated earnings before tax for FY2018 were Rs 26 crore.
2. Will the company be able to scale up its business?
Yes, rising disposable incomes, expanding middle class households, increasing discretionary expenditure on leisure travel and declining airfares provides the company with ample room to grow. But, because the company purchases the land and later develops the same, it may face difficulty in raising funds for further expansion due to its leveraged balance sheet.
3. Does the company have recognizable brand/s, truly valued by its customers?
No, the company does not operate under its own brand name. It operates four out of its five properties under the brand name of Marriott. It is more like a franchise model where Chalet pays royalty payment to Marriott which is a part of the user agreement.

4. Does the company have high repeat customer usage?
Yes, it caters to elite customers and corporate clients who are brand conscious which in turn leads to customer loyalty and stickiness. It also offers loyalty programs under which it rewards customers and provides personalised experience to customers with high repeat usage.

5. Does the company have a credible moat?
No, the company operates in a highly competitive industry with similar services offerings. It is highly dependent on reputed brands like Marriott for its operations' contract.
6. Is the company sufficiently robust to major regulatory or geopolitical risks?
No, the company is subject to a broad range of safety, health, environmental, real estate , excise, tax and various national and state laws.
7. Is the business of the company immune from easy replication by new players?
Yes,the company has its hotels located in strategic locations with high entry barriers and in high density business districts of metro cities like - Mumbai, Bangalore and Hyderabad. Lack of space, very high capital expenditures and thin margins hinders the new players from entering the market.

8. Is the company's product able to withstand being easily substituted or outdated?
Yes, even though the demand for hotels will never go out of fashion, new age models like Airbnb, Oyo rooms may provide it with tough competition.

9. Are the customers of the company devoid of significant bargaining power?
Yes, it mainly caters to luxury segment where customers are not price sensitive. They are willing to pay higher price for better services.

10. Are the suppliers of the company devoid of significant bargaining power?
No, the company operates four out of its five hotels on profit-sharing agreement with Marriott. It leans heavily towards Marriott for its brand power, which places the company on a weaker footing.
11. Does the level of competition the company faces relatively low?
No, hospitality industry is highly competitive with many players being in the fray. This is accentuated further by the cyclical nature of the industry. Demand and hence pricing power varies according to macroeconomic conditions and availability of hotel rooms.

18. Did the company generate current and five-year average return on equity of more than 15 per cent and return on capital of more than 18 per cent?
No, the company's average ROE and ROCE were -4.34 per cent and 4.94 per cent respectively for the last 5 years. Its current ROE and ROCE stands at 6.40 per cent and 7.5 per cent respectively, which is also well below the desired level.
19. Was the company's operating cash flow-positive during the previous year and at least four out of the last five years?
Yes, the company's net cash flow from operating activities is positive in four out of five years, except in 2015.
20. Did the company increase its revenue by 10 per cent CAGR in the last four years?
Yes, revenue increased at an annualised rate of 15.8 per cent over the last four years.
21. Is the company's net debt-to-equity ratio less than 1 or is its interest coverage ratio more than 2?
No, its Pre-IPO net debt-to-equity ratio stands at 5.7 which will be reduced to 1.39 post IPO, given that the company pays-off its debt, as stated in the objects of the offer.
22. Is the company free from reliance on huge working capital for day to day affairs?
No, as the company is also into the business of developing flats for residential purposes, it's hugely reliant on working capital requirement or running its operations. Even though its working capital cycle has declined from more than 250 days in FY 2014 to 149 days in FY 2018, it still continues to be significantly higher than its peers. It's residential project in Bengaluru is currently stalled due to litigation, leading to inventory pile up. The company has even made refunds to the customers and reversed its sales on account of litigation.

23. Can the company run its business without relying on external funding in the next three years?
No, the company is highly dependent on debt. It also requires significant capital expenditures to develop its properties.

26. Does the stock offer operating earnings yield of more than 8 per cent on its enterprise value?
No, the operating earnings yield will be 2.85 per cent on fully diluted post-IPO basis.
27. Is the stock's price to earnings less than its peers' median level?
No, it's P/E is well above the peer's median level of 46.6 and is at a staggering 183 times on FY2018 earnings. As most of the hotel chains are loss making or operate on miniscule profits, their earnings per share are depressed leading to very high price to earnings ratio.
28. Is the stock's price to book value less than its peers' average level?
No, the company's price to book value of 4 times is above the peers median level of 3.7.