The incomplete tool | Value Research https://www.valueresearchonline.com/stories/46237/the-incomplete-tool/ At best, technical analysis is an incomplete tool. At worst, it is downright dangerous. Here's why At best, technical analysis is an incomplete tool. At worst, it is downright dangerous. Here's why 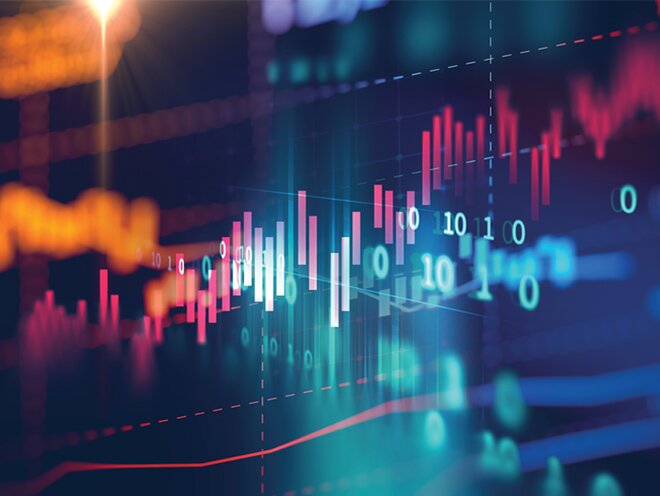 If technical analysis is part of investing theory, it must count as knowledge. To define it accurately is impossible, but I will try. It is based on the premise that stock prices determine stock prices and stands on certain belief systems:
1. If enough people think it will happen, it will happen.
2. If the future is like the past, certain mean-reverting tendencies will manifest and hence secular trends can be discerned.
3. The Fibonacci ratio shows up in certain evolving natural phenomena, human behaviour being one of them.

Technical analysis is approximately right, enough for some people to use it as 'technology'. But it is enough wrong to be very dangerous if not used carefully. The key is to note its failure rate. Some empirical studies have showed this to be about 44 per cent, the proportion of times that a strong support/resistance breaks.

Votaries of the subject argue that this can be got round with a 'stop loss'. But tell me, if money is not made in a crowd, then how can you use technical analysis to be in a minority? If I know that all the adherents of technical analysis are going to be buying stop-loss protection at a particular level, wouldn't I be more assured of 'crowding' at that price level, and hence, isn't it a better idea to wait for the support to break or to sell insurance at that level?

So instead of teaching how to make money (and we know that by its very definition, that is made in a minority), technical analysis merely bunches you up with the crowd, waiting to be mowed down by the alligator. Here is an analogy to understand this better.

Deer come to the water in a crowd. To drink just one cup of water, a deer makes enough noise to wake up the world - a very bad risk-reward equation. It bets its life every day in order to drink just one cup of water. The deer bets that 'someone else will die'. It has an inability to comprehend that a low-probability event will have a such a high impact (death). And since the dead deer does not come back to warn its fellows, the herd does not learn. The alligator, on the other hand, slides into the water, all two tonnes of it with barely a slurp. That is because if it does not get its teeth into the deer, it will surely die.

So what does this have to do with technical analysis? Technical analysis herds up the deer by blinding them to the probability that they might be wrong. You bet on a price trend with no game plan that says 'what if you're wrong?' And being bunched up, you become the deer that alligator seeks to hunt.

It is not a coincidence that the deer meets the alligator. Where there is a herd to be hunted, there will be a predator to hunt. Markets are no different. The herded believers in technical analysis are to be dead meat for the alligators that scour the market. This pictorial depiction is one of the rules of behavioural evolution and teaches you to look out for the elements of such a phenomenon.

Markets reward 'survival of the fittest', the law of the jungle. The strategies of the Art of War are more suited to markets. These are a set of attitudes that are more fitted to surviving markets, which are seen as killing machines that will rob most of the people of most of their money. This is a very different paradigm from the one sold by the money-management industry that tells investors to buy the economy. Perhaps my paradigm outlined above is more applicable to the world of trading or derivatives. But that is the world where technical analysis thrives. It misleads traders into thinking that they know.

Adam Smith first thought of the Invisible Hand. In markets, the Invisible Hand is the commonality in our thought processes, which comes from the limbic brain, our herding instincts. He said, "The market will so compose itself as to dispossess the maximum number of people of the maximum amount of money." One leg of this quote is referring to the fact that most people are irrational (limbic and herded) and hence prone to trading losses. And the capitulation takes place at the extremes of the market, which is where (say) the maximum amount of stock becomes available at the minimum, unbelievable price.

So technical analysis looks like it understands the Invisible Hand of the market, but it has an incomplete picture of the subterranean forces of the human mind. If it is used to understand the full picture, it would focus on the causative forces rather than the correlations that pepper price trends. That would bring in some humility and some understanding of the evolution of prices.

Complexity theory refers to the fact there's a probability-distribution function everywhere. And you need a good understanding of cumulative probability to figure out the high-impact threats to your existence. And that risk has to be stopped out. That's part of black-swan theory and very few people incorporate this into their trading strategies. So either traders mechanically pay away a chunk of their profits by overpaying for their insurance or they take unnecessary and fatal risk by not insuring their positions. In the former, it is in fact more profitable to sell insurance rather than buy it.

Complexity theory acknowledges the fact that there's much unknown (we do not know what we do not know) in the market, which should not be predicted but has to be prepared for. This is where Nassim Taleb's idea of anti-fragility is very relevant. This is the missing piece in technical analysis, which is assumed away by the stop loss. Anybody who provides advice based on technical analysis should also be studying the cost of this insurance and its viability. That is why the advice provided on TV is purely drivel.

The mathematics of complexity theory is not made up of discrete numbers but of probability-distribution functions. And the rules of evolution are mostly behavioural in nature, not always logical. For example, in nature, that behaviour is encouraged which 'goes forth and multiplies', i.e., has a lot of sex and propagates the 'selfish gene'. It's the same with behaviour. The natural process of evolution accepts and promotes that behaviour which 'goes forth and multiplies'. This proliferation has to be understood in its context, and that is why bubbles and collapses are so difficult to read.

The key to trading is to survive markets, not predict them. And that is the biggest weakness of technical analysis. At best, it is an incomplete tool. At worst, it is downright dangerous.