Should an investor worry about macros? | Value Research https://www.valueresearchonline.com/stories/46164/should-an-investor-worry-about-macros/ Jai and Veeru debate whether an investor should pay attention to macros such as currency fluctuations and oil prices

Should an investor worry about macros? 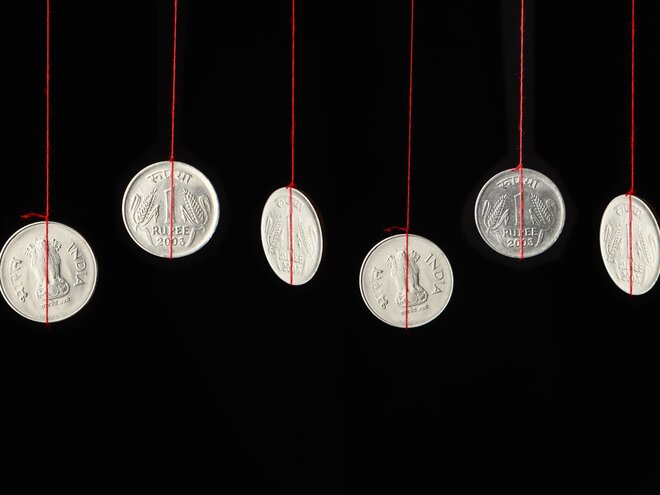 With oil prices firming up, the rupee plunging and trade wars in the news, Jai and Veeru discuss if macros should matter to the mutual fund investor.

Veeru: How have you been, Jai? Frankly, I'm quite worried about the stock market. Since January 2018, oil prices are up 9 per cent, the rupee has fallen 9 per cent against the dollar and interest rates have shot up close to the 8 per cent mark. Now there's talk of global growth hitting a speed-breaker, too, because of Trump's trade wars with China. I'm worried there's a big crash in the offing. Maybe I should sell some of my equity funds and move the money into liquid funds?

Jai: Hey, don't do that. We had a very similar scare with 'taper tantrum' in August 2013. The rupee was depreciating, rates spiked and the stock market fell. But you know what, in hindsight, that proved the best time to invest both in debt and equity mutual funds. Both delivered double-digit gains from that low point. You may not be brave enough to buy when there's blood on the street, but please don't sell!

Veeru: True, but it is very hard for an ordinary guy like me to make sense of bilateral trade issues or oil politics.

Veeru: Jokes apart, I wish mutual fund managers made sense of these macros and positioned their funds accordingly so that we don't lose money. Why can't fund managers take a more defensive position when the macro factors turn negative? They can raise their cash holding or buy defensive stocks like FMCG or IT. But too few equity fund managers in India seem to care about the macros. They all love to say they are bottom-up stock pickers. Then when the markets crash because of 'global cues', they show data to prove that their fund fell less than the index!

Jai: Yes, most fund managers in India, especially equity ones, believe that the macro news is just noise that is best ignored. You must admit they have a point. Do you remember how much hoo-ha there was about the Greek crisis, QE withdrawal, US Fed rate hike, Brexit etc? If portfolio managers had gone by those scary headlines and moved to cash, they would have missed out on this big bull market in stocks in the last five years.

Veeru: Come on. You can't deny that macro factors impact us. I remember hearing this silly argument during the global financial crisis that India was 'decoupled' from the rest of the world. People pointed out that India's GDP growth was 9.8 per cent in 2007 while other economies were collapsing. Instead of panicking as they should have, our investors were buying equity enthusiastically in 2008 when global markets were melting down. But they were catching a falling knife. India's GDP growth collapsed to 3.9 per cent in 2008 and the stock markets fell by 52 per cent that year. To me, that is the danger of ignoring macros.

Jai: Bhai, are you sure the stock market has anything to do with the economy? The Indian stock market has been rising like water levels in Kerala dams in the last five years, while we have struggled to grow our GDP. Between 2007 and 2017, India's GDP growth slowed from 9.8 per cent to 6.6 per cent, but the Nifty was up by 85 per cent.

Veeru: This data actually shows that global macro factors do sway Indian markets. We all know that FIIs are the mai baap of India's stock and bond markets. The reason why the Nifty 50 rose so much between 2007 and 2017 is that there was excess global liquidity that put a lot of money in the hands of FIIs. As soon as the global financial crisis hit the markets, central banks began to cut rates and pump liquidity into the markets to bail out their economies. You saw the US Fed cut its policy rates from over 5 per cent to 0 per cent. Japan's central bank and the ECB also brought down their rates to zero.

This allowed these global investors to borrow cheap and put that money to work in high-return assets in emerging markets like India. That's why we saw record FII flows into our stocks and bonds from 2013 to 2016. From end-2016, the US Fed has been regularly hiking its interest rates. Other central banks are talking of withdrawing their QE. So FIIs now see better investing options back home and can't borrow cheap.

With currencies like the rupee tanking against the dollar, they're even more nervous. That explains their big pull-outs from India in the last year. Clearly, what's happening to global interest rates or the dollar does affect Indian investors.

Jai: Good points, Veeru. I have to agree that trends in global macros and fund flows do affect our markets and stocks. But the problem for the aam investor is that first, it is very difficult to predict how these macro indicators will move. Famous global analysts failed badly to predict that global oil prices would crash from over $120 a barrel in 2011 to under $40 in 2016. And when all of them were celebrating shale gas and its power to 'cap' crude oil prices at $60, oil has quietly shot up to $70.

Two, even if you forecast these indicators correctly, their impact on stocks or bonds can be very complicated to gauge. Ever since the global financial crisis, people have been predicting that the dollar is doomed. But they've only got egg on their face. The rupee was 43 to a dollar in 2008 and now it is 70!

Veeru: I am not for knee-jerk reactions to macro events, Jai. If the US Fed announced an end to QE and there's a taper tantrum, decoding its impact on the stock market can take a lot of time. So maybe you're right that I shouldn't make hasty portfolio changes because of macro news. But it is necessary to understand that macros will have an impact on your portfolio and to set your return expectations accordingly.

For instance, once you understand that the record valuations for the Indian stocks until 2017 were helped by near-zero global interest rates, you would not have owned a 100 per cent equity portfolio or gone overboard on mid- and small-cap stocks in 2017. You would have booked some profits on equity funds and moved some money to cash or liquid funds as a buffer.

Jai: That is too much to expect, Veeru. Maybe a George Soros can compare global interest rates, exchange rates and stock valuations and juggle his asset allocation, but our friend Gabbar Singh wouldn't even know where to start.

Veeru: That is exactly why I was looking for funds that can take these macro calls, friend. I was looking at these dynamic asset-allocation funds which shift between equity, debt and cash. They do this based on a set of macro factors they track such as P/E, book value, gilt yields, etc. But there are so many of these dynamic models around that you aren't sure what will work. Some use the Nifty 50 P/E, some use earnings yield and some use momentum indicators.

Jai: That's why Veeru, I have stuck to a 60-40 portfolio for the last 10 years. I rebalance every year. If equity markets run up too much, I sell equity funds and buy debt. If stocks fall too much, I'm buying more equity units. I trust this method more than any macro mumbo-jumbo.

Veeru: Yes, sahi baat hai. I would say that one should keep a watch on the macros that matter - inflation, interest rates, the rupee, foreign-investment flows. If you see dark clouds gathering, stay off lump-sum investments, whether in equity or debt. Take the SIP route. That ways you won't catch a falling knife. Nor will you miss out on the buying opportunity of a decade!