Ego of the groups | Value Research https://www.valueresearchonline.com/stories/45943/ego-of-the-groups/ Just like an individual's ego tries to preserve the individual, the collective ego has the group's preservation as its goal

Ego of the groups 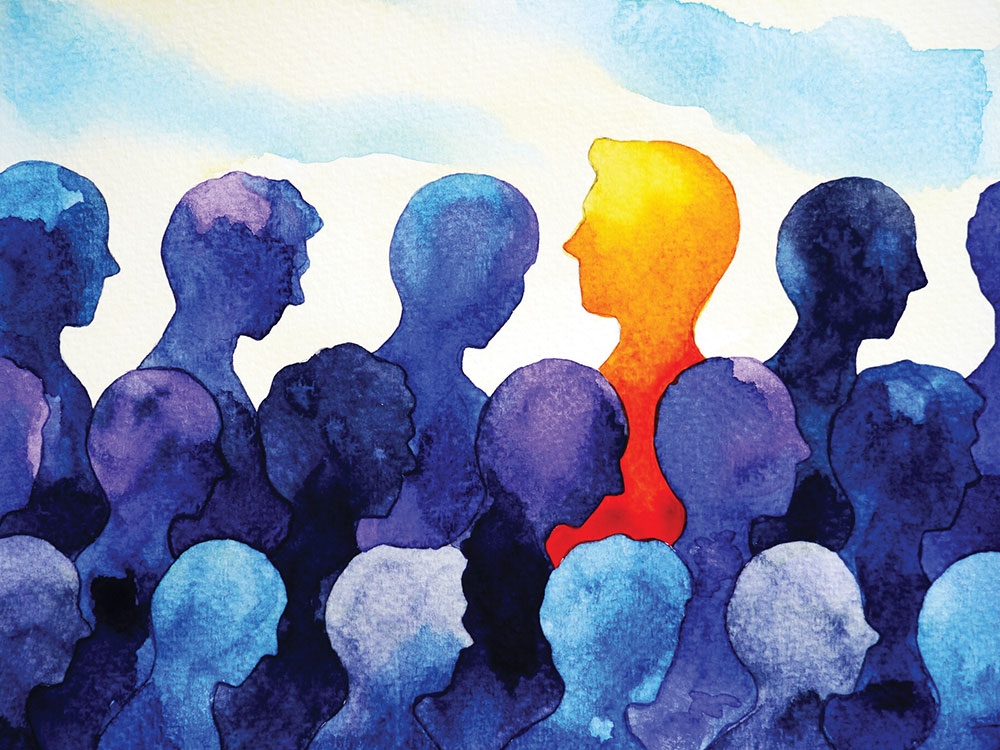 Just like an individual's ego tries to preserve the individual, the collective ego has the group's preservation as its goal In an individual, ego is mostly understood to represent the id, a sense of identity/self manifested mostly by the (rational) instinct of self-preservation, self-gratification and selfishness. But there is also a collective ego, which provides us a lens through which to understand crowds (groups of people such as teams, companies, political parties, religions, markets, even countries), both small and large.

For those who care to look for it, there is a lot of material on the individual ego, how to define it, locate it and subdue/manage it. But when the individual is subsumed into a larger group (say, a company), his behaviour is often driven by the herding instinct, and the herd has a different personality, a different id. This id is called the collective ego.

As is the case with the individual, the collective ego manifests itself in the desire for self-preservation, not just of the group itself, but also of its internal structure. That is, it tries to maintain the status quo of the inter-relationships within the group, especially with reference to the leader. That is what makes transformation of groups/companies such a difficult job.

Self-preservation is the objective of the individual ego, but it is not the objective of life or nature. So while the instinct for self-preservation might seem rational from the point of view of the individual, it is not rational from the point of view of nature, which really does not care whether a single individual survives or not; it's more interested in the survival of the species. Similarly, the collective ego develops in groups, but evolution does not care whether a particular group survives. Nobody wins the ego game. If the objective of evolution is to match the environment with the survivors, that will happen sooner or later. The collective ego will only delay matters but cannot defy its destiny.

The ego is what prevents an organism from dissolving into chaos. The id is the idea of the self, held together in the brain as distinctive from the world around us. Similarly, in an organisation, the id is 'we vs they', the insiders vs the outsiders. From this id, like in any other organism, comes the collective ego, the desire/impulse to hold together the status quo in its original form, like a CEO who needs his company intact in order to keep his job. Or a CXO who needs his CEO in place to keep his job and so on. This creates a network of relationships that seek status quo in order to maintain their existence.

In companies, this may manifest itself in strange ways: like the plant head who shoots down the plan for a new plant because he does not want a sibling plant head to compete for the affections of the boss. In religions, the priest gets his power and status in society from how religion is used to encroach into the personal affairs of men and women; in cultures, it is the various stakeholders who benefit from the power structures that get built over time.

In the absence of ego, the object does not care whether it lives or dies, for example, a rock or a computer. Or a temple, but a religion has an ego; it fights back any attempt to wipe it out. Maintaining homeostasis becomes the biggest priority of any complex organisation - from your family, club, musical band, sports team, gang, committee to the Church, a business, an MNC, an ashram/monastery, cults, religions, NGOs, to political parties, labour unions, cities, grassroots campaigns, communes, online fora, vocational groups, to mathematics/economics/sciences, universities and professional bodies (doctors, lawyers, CAs), to races, nations and national alliances (like NATO), the whole species, culture, language (like the Hindi zealots or the anti-English movements), even cancers.

Remember, the defining characteristic of complexity comes from connectedness. The brain may be branded as a monolithic entity but is actually a highly inter-connected network of zillions of neurons, some similar and many vastly different. The other characteristic of complexity comes from a multitude of objectives, with optimising functions doing complex trade-offs. Now look back at the list of other complex entities and you will find these characteristics are embedded in them, too. But not yet in a single computer or a car (unless they are connected). So the internet has an ego, but a single computer has not. But an interacting robot that is meshing with society will soon develop an ego. Alexa/ Google Assistant has an ego.

So what is the point of this article? To point out that ego exists. It has both positive and negative dimensions, which need to be understood in order to manage it. Not only in yourself, but in the groups of people you deal with: companies, religions, cultures, markets, countries. That to locate it, you need to stand back and observe its influence.

And what does this consciousness do for you? It does not give the next tip for investing in markets, just like traffic rules don't tell you where to go, but to ensure that you reach your destination, it's a good idea to know your traffic rules!

Markets are both complex and interconnected and are optimising multiple objectives. They meet every criteria for having a collective ego, yet we don't find a simple description of Mr. Market's collective ego. In a different context, Carl Jung came close when he talked about the collective unconscious, a term which found favour with the Freudian school of psychologists.

So where is the connectedness of markets? Theoretically, the definition of markets in classical economics turned out to be totally out of whack: the assumption that markets were fulfilling a resource-allocation function in the economy, multi-optimising millions of diverse objectives, and that each player had perfect information and was 'rational'. We now know spectacularly that this is laughable.

Practically, the market is a connection of ill-informed, lazy, pleasure-seeking and pain-averse, addictive fools, who come to exchange all their foibles (a market for exchanging one foible with another). To the somewhat rational person (who came upon his rationality through long years of training; he wasn't born like that), the market seems like a mad house, just lurching from one irrationality to the other. So at what level do all these establish their connectedness? This is what gives the market its single, monolithic ego, the vested interest in its own self-preservation.

I have explained elsewhere that we have four components of the brain: the limbic (aka lizard/alligator brain), the social/herding (aka monkey brain), the left (logical) and right (emotional). Logically, connectedness and homeostasis can only happen in those places where the underlying thoughts are unchanging and unlearning. And that, in the individual brain is in the limbic and monkey brains.

So if ego is defined as the 'rational' instinct of self-preservation that the organism seeks to protect, then it's clear that the market seeks to protect the limbic and monkeyness, where its ego is housed. Exactly how the market does this will take another column to elucidate, but you must remember Adam Smith's famous quote: "The market will so compose its affairs so as to dispossess the maximum number of people of the maximum amount of their wealth." If this be true, then it means that irrationality is embedded in the maximum number of players and to the maximum extent. If they're coming to the market with a profit motive, how come are they losing?

That means that the market maximises our most basal instincts, and unites us there. We're joined at the hip by our greed and fear and every basal instinct, which is the animal that we are. And in ways that you must spend time to understand, that is what the processes of the market seek to protect, not your intelligence and forbearance (should you ever show any).