HDFC AMC: Information Analysis | Value Research https://www.valueresearchonline.com/stories/45905/hdfc-amc-information-analysis/ HDFC Mutual Fund's IPO is a significant step forward for the mutual fund industry. But should you go for it? Read our analysis to find out HDFC Mutual Fund's IPO is a significant step forward for the mutual fund industry. But should you go for it? Read our analysis to find out 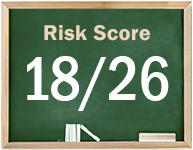 HDFC Mutual Fund's IPO is not just an event in the life of this company, but a significant step forward for the mutual fund industry in India. Despite decades of impressive growth, we think that the industry has barely made a small dent in its final potential. So far, for equity investors, it has not been possible to participate directly in this potential. However, beginning with this IPO, we expect that to change.

Incorporated in 1999, HDFC Asset Management Company (AMC) is a joint venture between Housing Development Finance Corporation Limited (HDFC) and UK-based Standard Life Investments Limited (SLI). SLI is an indirect subsidiary of Standard Life Aberdeen plc., which is one of the world's largest investment companies. HDFC AMC has been the most profitable AMC in India since 2013. Moreover, it has the largest equity asset under management (AUM) among all the AMCs in India since last quarter of 2011. It is the second largest AMC in India. As of March 2018, it has an AUM of Rs 3 lakh crore (quarterly average basis including portfolio management services portfolio of Rs 6,400 crores) and a market share of 13 percent. As of March, 2018, it managed a total of 133 schemes which included 27 equity-oriented funds, 98 debt funds, 3 liquid funds and 5 other funds (exchange traded funds and fund of funds). It operates through 209 branches (including a representative office in Dubai) and 65,000 distribution partners across India. During the last five years, its revenues and profits have grown at a rate of 19 percent and 18 percent respectively.

The MF industry
In India, mutual fund is a sunrise industry with huge potential. Mutual fund industry AUM has grown at a rate of 25 percent, from Rs 7 lakh crore in 2013 to Rs 21.4 lakh crore (as of March 2018), during the last five years. AUM of equity funds have grown at a rate of 37.3 percent, which is 1.5 times the industry growth. Accelerated growth in equity is the result of retail investors entering the market. As per Crisil, mutual fund industry revenues and profits are expected to grow at a rate of 25 percent in next 5 years, fueled by higher equity inflows.

On top of that, in Value Research's estimation, the industry as a whole has hit barely 10 percent of the total potential. Although the industry is getting a huge new number of investors every year, an overwhelming number of Indian savers are yet to wake up to mutual funds. This represents a large potential for growth. Mutual funds account for as low as 3 percent of total financial savings of Indian households. However, pushed by falling interest rates on traditional favourites like fixed deposits, and much lower friction that networked transactions have brought to mutual fund investing, this will grow rapidly.

Management fee is the primary source of revenue for AMCs. It is the fee charged for managing investors' money and is charged, as well as regulated as a percentage of the assets. Market regulator SEBI has imposed a maximum cap on the fees which can be charged based on the asset class.

A unique feature of an AMC's revenue is its annuity-like nature. Once an investment is made, it keeps yielding the management fee as long as the investor does not redeem it. Long-lived assets keep making money for the AMC, for years and even decades, with very little attendant cost.

Strengths
It has second largest AUM in the industry based on quarterly average basis (as of March 2018). Larger the AUM, higher the management fees and ability to sustain through down turns. Its equity AUM is largest in the industry which assures higher management fees, which in turn, gives it an edge over its competitors. Ratios of its total equity AUM to total AUM stands at 51 percent which is significantly above the industry average of 42 percent, as per Crisil. Higher management fees and lower expenses of just 0.29 percent of Annual Average AUM (AAUM) is the reason behind it being the most profitable AMC in India since 2013. Weaknesses
HDFC funds have underperformed the market recently. Out of its top 15 schemes (6 equity oriented funds, 6 debt oriented funds and 3 liquid funds), which constituted 76.5 percent of its total AUM, 8 have underperformed the market in the past one year. Underperformance of equity-oriented schemes for long time can significantly impact its profitability since equity accounts for majority of management fees.

Read our detailed risk score analysis for a better understanding.

2. Will the company be able to scale up its business?
Yes, India's mutual fund penetration which can be measured by AUM to GDP ratio is significantly lower than other countries. India`s equity AUM to GDP stands at just 4 percent in comparison to global average of around 25 percent. Increasing investor education towards mutual funds and allocation of savings towards financial assets leaves a huge scope for expansion. HDFC being the leader in mutual fund industry will be a big beneficiary of mutual fund revolution.

3. Does the company have recognizable brand/s, truly valued by its customers?
Yes, HDFC is one of the most recognized brands in Indian markets. Its market position can be known from the fact that it commands a market share of 13.7 percent of total industry monthly AUM (as of March 2018), which is the highest in the industry. It is well-known for its long-term track record.

5.Does the company have a credible moat?
Yes. Its size, brand and distribution reach do provide it with a moat. However, the mutual fund business, in general, is not conducive to building deep and long-lasting moats.

6. Is the company sufficiently robust to major regulatory or geopolitical risks?
No. Asset management business is highly regulated. Any major change in regulations can significantly impact the business. Any regulation change related to the cap on expense ratios or management fees can impact the profitability of the business to a large extent.

7. Is the business immune to easy replication by new players?
No, there are more than 40 AMCs in India. Asset-light model, low working capital requirements and no significant capital expenditures make this business easy to replicate.

8. Is the company's product able to withstand being easily substituted or outdated?
No. Identical mutual funds are available from almost all AMCs. Moreover, with the recent standardisation of fund types by SEBI, the existence of exact substitutes is practically guaranteed by regulation.

9. Are the customers devoid of significant bargaining power?
By regulation, this is not really applicable to the mutual fund business. All investors in a given fund must get the same NAV, and must be charged the same fees. Anything in the nature of bargaining is illegal.

10. Are the suppliers of the company devoid of significant bargaining power?
No. This is a pure service business. The major inputs for an AMC are employees' services and external services like registrar and transfer services, advertising, establishment costs, etc. The bargaining power is varied.

14. Is the management trustworthy? Is it transparent in its disclosures, which are consistent with Sebi guidelines?
Yes, HDFC group is known for its clean track record and it has a well-defined corporate governance in place. However, in the past there have been a number of instances where SEBI has conducted investigations against the company for front running.

15. Is the company free of litigation in court or with the regulator that casts doubts on the intention of the management?
Yes. However, there are some cases against its promoters and non executive directors, but they may not have any material impact on the company.

17. Is the company free of promoter pledging of its shares?
Yes. No promoter holding is pledged.

20. Did the company increase its revenue by 10 percent CAGR in the last five years?
Yes, its revenue increased at a rate of 21 percent during FY 13-17, driven by an increase in total AUM.

21.Is the company's net debt-to-equity ratio less than 1 or is its interest coverage ratio more than 2?
Yes, it is a zero debt company with cash and cash equivalents of Rs 1,313 crores as of FY 18.

23. Can the company run its business without relying on external funding in the next three years?
Yes, the company has healthy cash and cash equivalents. Strong domestic inflows and increasing awareness towards SIP culture (systematic investment plans) will further cushion its funding requirements.

26.Is the stock's price to earnings less than its peers' median level?
No, its post-IPO price to earnings stands at 32.3 times in comparison to 25.6* times of its only listed peer Reliance Nippon Life Asset Management.

27. Is the stock's price to book value less than its peers' average level?
No, its price to book stands at 11 times in comparison to 5.8 times of Reliance Nippon.

One or more of the authors may be applicants in this Initial Public Offering.