Is gold really golden? | Value Research https://www.valueresearchonline.com/stories/45876/is-gold-really-golden/ Savers need to be clear about what gold is, and what it is not Savers need to be clear about what gold is, and what it is not 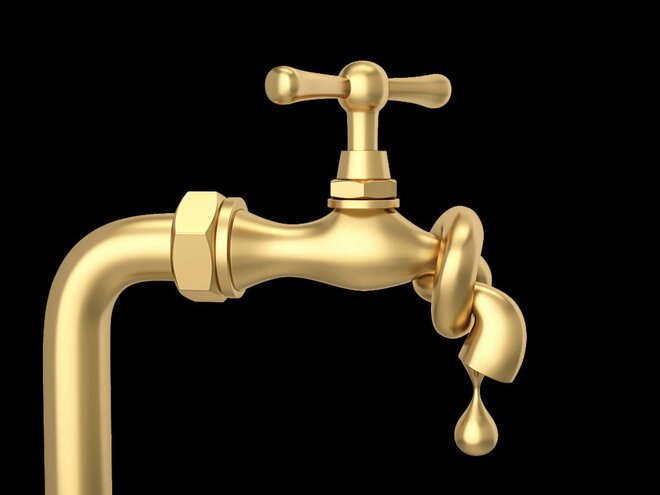 One would have thought 5,000 or so years would be enough to decide an argument but it turns out that gold's utility as an investment is still not a settled matter. There's the traditional view of gold, that it's simple and useful investment, a protection against bad times, and all households should invest in it. Those who believe this think that gold is an easily liquifiable form of wealth that can also be relied upon to gain value. Another, more modern view is that gold is a commodity to be traded just like other commodities, which is not of much use to the individual saver.

The third view, to which I subscribe, is that gold can legitimately be seen as an investment, and while it does have some unique features, it's just not a very good investment. Any investment must be evaluated primarily according to returns, with liquidity, stability and other such factors being additional concerns. On these grounds, gold doesn't score very well.

Not only do the returns tend to be worse than other investments, there are some fundamental reasons why this will always be the case. That's because gold belongs to a class of investments that do not actually produce anything or create any value. Any rise in its worth is based on the belief that when the time comes to sell, someone else will pay more for it. Unlike equity or bonds or deposits, the money that you invest in gold does not contribute to economic growth. An equivalent amount of money deployed in a business or any other productive economic activity will generate actual wealth and will grow larger in a very fundamental way, while a given quantity of gold will just remain the same.

So, am I saying that no one should ever invest in gold? I believe the answer is clear. For those who are reading this column and therefore must be having access to a modern financial system with all its investment options, gold makes no sense. Gold makes sense only for those who have no access to or no trust in the financial system. Gold is best viewed as an alternate currency. During the demonetisation period, there were stories of housewives who turned out to have secretly saved large amounts of cash. That's the kind of person who could have done better with gold instead of cash. Of course, in India, physical gold has served yet another purpose which is a variation on this, that of keeping wealth away from taxation.

If you still must buy gold, then there are many forms of 'paper gold' available. There are gold-backed mutual funds available which closely track the value of gold. However, if you don't mind locking money away for at least five years, then there are Government of India's gold bonds. Their value increases in step with gold, plus there's an extra interest of 2.5 per cent per year. Unlike gold mutual funds, the gains from the gold bonds are tax-free. The limit is a generous 4 kg per person.

Gold's place in history and culture makes it difficult for people to accept that gold is not a good investment. We instinctively think of gold as wealth, as a kind of a currency that survives all kinds of historical troubles. This is undoubtedly true. Gold has value because everyone thinks it has value. For many people, that's enough. However, don't think of it as an investment without understanding the reality.