Growth at any price | Value Research https://www.valueresearchonline.com/stories/45844/growth-at-any-price/ What motivated Walmart to buy Flipkart

Growth at any price What motivated Walmart to buy Flipkart Many have called Walmart's recent $16 billion purchase of Flipkart - largest in the e-commerce space - a ratification of India's e-commerce potential. Some derisive comments have been made on how Indian investors (including large industrial groups) just 'don't get it' and that it takes foreign capital and strategic investors to understand the potential of India.

Flipkart claims a gross merchandise value (gross sales) of $7.5 billion. However, its customers return goods worth 40 per cent of gross sales, netting it $4.5 billion in sales. On this, Flipkart has accumulated losses of Rs 24,000 crore till FY17 - almost half of $6 billion that investors had put in the company before the current deal. In its deal presentation, Walmart has indicated losses will continue at about $1.2 billion a year until FY20. Clearly, Flipkart is a money sink and is not being brought for its earning capacity - at least over the near term. The attraction of the Indian market has a part to play. But perhaps the overriding driver is Walmart's own issues in the USA. That may also explain why Indian investors who don't have the same compulsions did well to stay away.

India's potential
The Indian market is a hard one to operate in and forecasters' optimistic size estimates are rarely achieved. In a note titled "The Next India: Internet - Opening Up New Opportunities" published on February 2, 2015, Morgan Stanley (MS) predicted that the Indian internet market would likely grow from $11 billion in 2013 to $137 billion in 2020. Of this, e-commerce would make up $102 billion, overtaking travel, which was the largest category in 2013. A year later, a report dated February 12, 2016, upped e-commerce estimate for 2020 to $119 billion. The reality in 2018 is that e-commerce is probably less than $15 billion. This is despite a huge increase in broadband availability, coupled with a drop in data prices.

A recent report by Kotak quotes the estimates from retail consultancy Technopak. It pegs e-commerce at $50 billion by 2020 (see the first table). This assumes a 45 per cent compounded growth - no mean achievement. Even if this were achieved, the market would remain barely 40 per cent of MS's estimate made two years ago! Of course, MS's enthusiasm has not been dented; it now forecasts $200 billion in 2026, with a 'bear' case estimate of $105 billion.

The second table above breaks up the retail business in India by category. Food and grocery is 66 per cent of the retail market - a segment notoriously difficult to penetrate by organised retail anywhere in the world, much less by online. Keep in mind that currently, consumer electronics, in particular smartphones, make up about half of online sales in India. Appliances, apparel and groceries are the other large categories. Essentially, standardised, easy-to-brand items are amenable to online sales. In fact, Walmart's own projections for India's online market size would imply $70 billion by 2023 and $175 billion by 2026 (assuming no growth slowdown). To put this seemingly large number in perspective, China's online sales today are five times that size! Despite this, India remains potentially a large market.

Walmart: Under threat at home
Having risen through the ranks at Walmart over 20 years, Doug McMillon, 52, took over as CEO at the age of 48 in 2014. His priority was to fix Walmart.com, which made up just over 3 per cent of sales for Walmart. By then Walmart had already conceded an almost unsurmountable lead to Amazon. With an annual growth rate of 24 per cent against Walmart's rather anaemic 1.7 per cent, Amazon would overtake Walmart in size in just over six years!

McMillon needed fresh talent to shake up his online platform. In 2016, Walmart purchased a year-old business Jet.com for $3.3 billion (sales $1 billion). In essence, he hooked Marc Lore, founder of Jet, and his team.

Marc Lore had earlier sold his business Quidsi to Amazon for about half billion dollars and worked with Amazon for two years as part of the sale. The acquisition was a result of an online war between Quidsi and Amazon, where the former lost. Marc is quoted as saying about his sale, "It was a really depressing sort of moment." Clearly, Marc resented the loss and needed to find a way to best Amazon. He set up Jet.com but selling out to Walmart provided him the money to really take on Jeff Bezos. 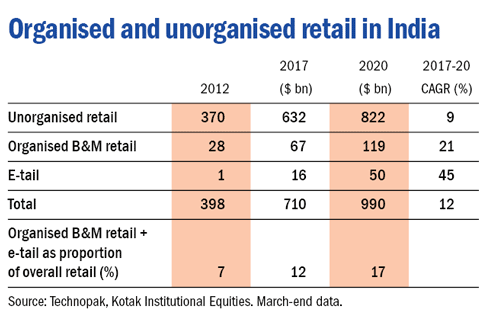 Taking the fight to the opponent
McMillon has made Marc Lore responsible for growing the online business while working on the traditional brick-and-mortar business of Walmart. To beat Amazon, Walmart is attempting to use its traditional strength - low price and closeness to customer; it claims to have a store within 10 km of 90 per cent of Americans. Walmart is experimenting with a range of options - from free delivery to pick-up from nearby stores, to kerbside delivery (delivery to the nearest access point). Other initiatives include a tie-up with Google Assistant to take on Amazon's Alexa - a voice-based ordering system. A loyalty program like Amazon Prime is in the works.

Another part of the strategy is to keep Amazon busy in international markets - the one area where Amazon has not turned profitable. In China, this has taken the form of investing in JD.com, thereby engaging Amazon in competition. In India, Flipkart fit the bill.

Who else could have bought Flipkart?
Flipkart almost lost its battle to Amazon a year ago. However, fresh equity inflows and some determined management efforts brought it back from the brink. Despite having a market share close to half of Indian online market, Flipkart has kept haemorrhaging. Amazon, which has invested only $5 billion in India, is a close second, and perhaps has greater customer retention. For investors in Flipkart, there were no great options for exit except for an IPO, in which the regular losses made by the company would have proved to be a deterrent. The implied threat of a takeover by Amazon - floated by Softbank (an investor in Flipkart) while negotiating with Walmart - was no more than a red herring. A combined market share of close to 80 per cent would have ensured that Competition Commission frowned at the deal. 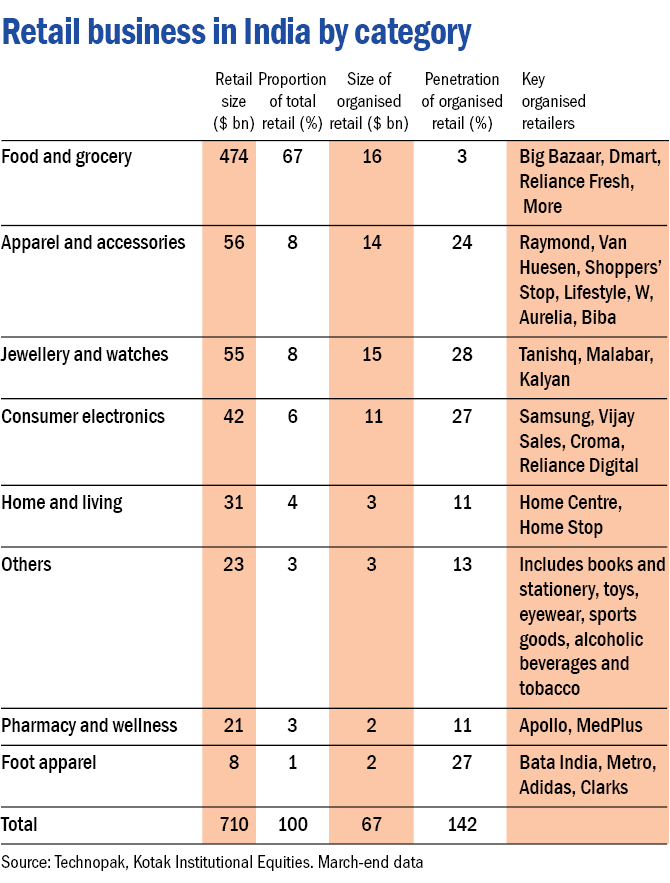 Clearly, Walmart did not negotiate hard. Flipkart's acquisition can add 1 per cent to the online sales of Walmart - something more valuable than money at a time when the company is struggling to grow its online business. Also, no doubt, personal objectives trumped corporate goals in taking on Amazon in a fast-growing market where Amazon was number two. With no other likely suitor and with private-equity funds needing to exit so that they didn't have to fund more losses, there was scope for a lower price for Walmart's purchase. 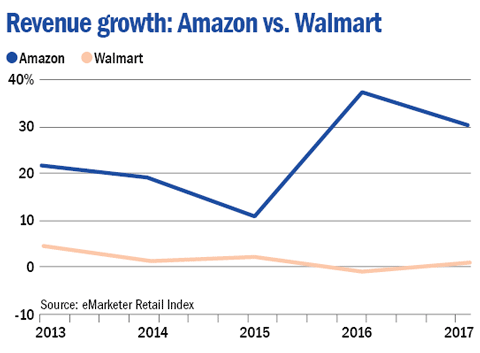 What does this mean for India?
Walmart has strengths in food, grocery and apparel - areas that Amazon has not been particularly good at. It helps that Flipkart is already a dominant player in the online-fashion space through Myntra and Jabong. Walmart India's 21 cash-and-carry stores will undoubtedly integrate at some stage with Flipkart to provide physical presence, but they need to rapidly expand if they have to offer any significant geographical coverage.

To fully replicate its global strategy, Walmart will need to invest in brick-and-mortar (B&M) stores in India. Since FDI is limited to 51 per cent in such stores, it is possible that Walmart may pick up stake in some B&M companies, especially those in food and grocery.

Some bits of Flipkart's ecosystem, like the payment mechanism of Phone Pe and the technology platform that they have built, may be of significant advantage to Walmart globally. However, Walmart follows a model where its acquiree companies operate on their own - not something that will allow easy adoption of best practices from each other.

It does appear that Walmart's need to put up a fight against Amazon has been the primary driving force behind the acquisition. While this may be justifiable for Walmart, it would have been hard for any other investor, much less an Indian corporate, to take a bet this big with outcomes that are so far in the future. Meanwhile, consumers can look forward to mouth-watering discounts continuing.