Stop loss by not stopping | Value Research https://www.valueresearchonline.com/stories/45771/stop-loss-by-not-stopping/ This data-driven analysis will tell you how much you stand to lose if you stop or pause your mutual fund investments during trying times

Stop loss by not stopping 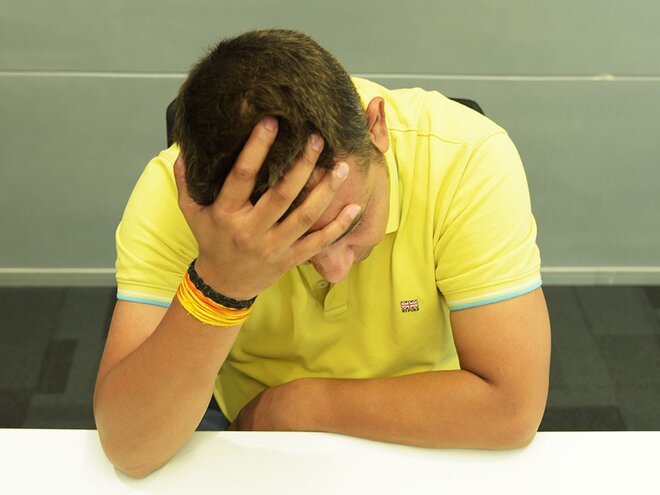 Getting hurt by volatility, often mutual fund investors decide to discontinue their investments. Some begin by taking a 'pause' and eventually forget about pressing 'play' on investments. And some make the mistake of delaying investments to a future period, saying 'let me wait it out'. Unfortunately, in all these cases, investors lose gains.

In a bid to time wobbly markets, investors forget that their small mistakes can cost them big. Would it be okay if you missed a month and lost an opportunity to make 50% gains in a midcap fund? How about sitting out in a quarter where your smallcap fund more than doubled money? Who would you blame if your well-intentioned investment 'pause' lasted a year and caused a 234% opportunity loss in a multicap fund? Let us look at a few examples of some popular funds.

Large gains
With volatility in domestic markets on the rise, especially in 2018, many retail investors have been considering stopping investments. They flood experts with queries such as 'should I discontinue investing till 2019 election?' While on the face of it, political uncertainty can be harmful for markets, second-guessing what Mr. Market will do is a tough job. The reality is that nobody knows for sure what will happen.

Short-term predictions run the biggest risk of going awry. Still, long-term investors take such calls and ultimately may miss out on big gains. Let us have a look.

Largecap funds are popular for a variety of reasons. Firstly, these funds invest in tried-and-tested stocks. Secondly, they are less volatile. Thirdly, largecap firms give back a lot of cash in form of dividends, creating an extra source of income for investors. However, largecap funds are no raincoat if markets face inclement weather. Like a sturdy umbrella, largecap funds do weather the storm better than others but you are not likely to be completely dry. But when markets tumble, some investors do stop investments even in vintage largecap funds. As a result, you could miss great opportunities to make money. We looked at the best months, best quarters, and best years of popular largecap funds.

In some cases, these 'best' periods came right after periods when the funds suffered the worst of times. For instance, HDFC Equity Fund, like many others, was completely distraught in the second half of the calendar year 2008. Between September 26 and October 27, 2008, the fund lost over 31%. In the quarter ended December 2, 2008, the scheme went down by 40%. It is quite likely that some investors jumped ship. But therein is the cardinal mistake. It gained 36% from the end of April 2009 to May-end. Between March 9 and June 10 i.e. a quarter, HDFC Equity Fund rose by 95%.

Let us look at another example. With markets on a roll since December 2013, many investors may have been taken aback by the tear-away rally that was built around change in electoral politics. The equity party picked up steam around the May 2014 election. Going by the conservative approach, these investors could have stopped investments and even booked profits to avoid any post-election scare. But what followed was a pleasant surprise for investors who stay put. Smallcap stocks just exploded, pushing up smallcap funds. Reliance Smallcap Fund's best month came between May 07, 2014 and Jun 06, 2014 as the scheme went up by 26%. In the quarter ended Jul 04, 2014, the fund clocked gains of nearly 47%. Between Sep 13, 2013 and Sep 15, 2014, the smallcap fund went up by a whopping 150%.

Multi-ply
Multicap funds are diversified mutual funds that can invest in companies across market capitalization. Many investors prefer to invest in such schemes because they are able to take advantage of the opportunities across market cap for the investment, and are not limited in their approach. Let us take a look at what missing on gains meant for Motilal Oswal Multicap 35 Fund (erstwhile Motilal Oswal MOSt Focused Multicap 35 Fund).

Many of us would recall the bearish days of 2015. Markets were having a bad time. For then recently-launched Motilal Oswal Multicap 35 Fund, 2015 was a tough year. The fund lost 12% in one single quarter. A few days back, it also had its worst-ever month with over 11% lost in less than five weeks. As history has taught us over and over again, it is important to stay invested especially after bearing the pain.

In conclusion, investors trying to second-guess markets must understand the true effect of their wrong choices. Missing out on the best times is extremely harmful for wealth generation and wealth compounding.