The power of distrust | Value Research https://www.valueresearchonline.com/stories/35336/the-power-of-distrust/ While dealing in finance, the default attitude must be of distrust, until there is strong evidence to the contrary

The power of distrust While dealing in finance, the default attitude must be of distrust, until there is strong evidence to the contrary 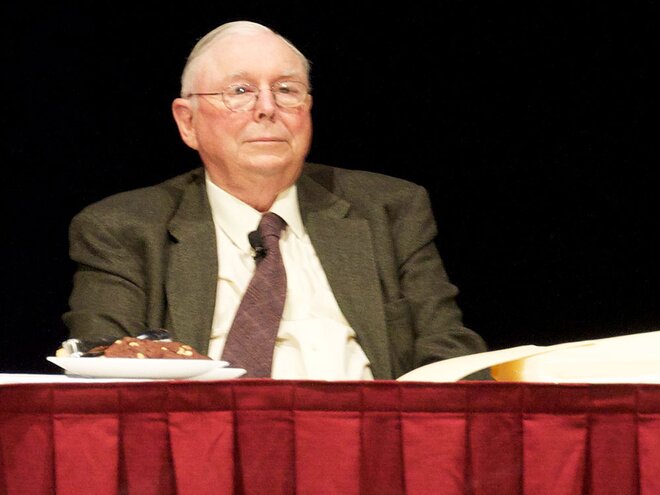 Here's a quote from an American who is rather well known in a particular field, "You all see what goes on in finance: the craziness, the promotions, the fuzzy accounting, the crazy trading cultures.... It's very bad for all of us that we have this huge overdevelopment of finance. And yet it's very hard to do anything about it."

What kind of person would you think said this? A politician known for anti-business views? A writer or a journalist? None of those. This is what Charlie Munger (Warren Buffett's deputy) and one of the richest businessmen in the world said. And he said so during the annual shareholders' meeting of a company that he is chairman of.

And Munger didn't just leave it at that. He went on in an answer to a shareholder, "If you look back to, say, Edwardian England or the First World War, maybe 300 people, males, owned half the land in England. They had nothing to do. I mean, their under-butlers had under-butlers. They went down to the clubs in London and sat around the card tables and gambled with one another for high stakes. ... Multiply the wealth per capita of the world by 30 or so and now we got all kinds of people who are like the lords of England who had all that time to play cards against one another and enjoy the thrills and things of gambling."

"Now we have a vast gambling culture, and people have made it respectable. Instead of betting on horses or prizefights, we can bet on the price of securities or the price of derivatives relating to securities ... And of course the public market, which operates every day with transactions, is an ideal casino. And there are a whole bunch of people who want to own a casino and make a lot of money without losing money on inventories or credit... and many other irritating parts of business. Just to sit there every night and go higher and higher. Who doesn't want to be croupier in a casino? ... Too much of the new wealth has gone to people who either own a casino or are playing in a casino. And I don't think the exaltation of that group has been good for life generally."

"I'm always afraid I'll be a terrible example for the youth who want to make a lot of money with and not do much for anybody else and who just want to be shrewd about buying little pieces of paper. Even if you do that very honestly, I don't consider it much of a life. Just being shrewd about buying little pieces of paper, shrewder than other people, is not an adequate life. It's not a good example for other people. ... Large amounts of money make people behave badly. That's Munger's rule."

That's an amazing tirade, especially when coming from a man who is self-admittedly a part of this very world. Even though Buffett and Munger's Berkshire Hathaway is far from being the archetypal unscrupulous Wall Street firm, their work does boil down to buying and selling little pieces of paper.

When Munger says that large amounts of money make people behave badly, it's clear from his examples that he means those handling and investing other people's money. In a business career that has lasted almost three quarters of a century (he is 94 now and still working) he has seen that finance, of all sorts, is a profession that is peculiarly amenable to wrongdoing. And, more often than not, it's not wrongdoing technically. The practitioners of this fine art specialise in staying inside the legal line while still being able to work their magic. Learning from Munger, it's hard to avoid coming to the conclusion that while dealing with anything in finance, the default attitude must be of distrust, unless there is strong evidence to the contrary.