The Iceberg Tax | Value Research https://www.valueresearchonline.com/stories/35102/the-iceberg-tax/ Like a threatening iceberg, the real impact of the long-term capital gains tax will be far more than the 10 per cent that is visible on the surface. With a little knowledge and care, disaster is not unavoidable Like a threatening iceberg, the real impact of the long-term capital gains tax will be far more than the 10 per cent that is visible on the surface. With a little knowledge and care, disaster is not unavoidable 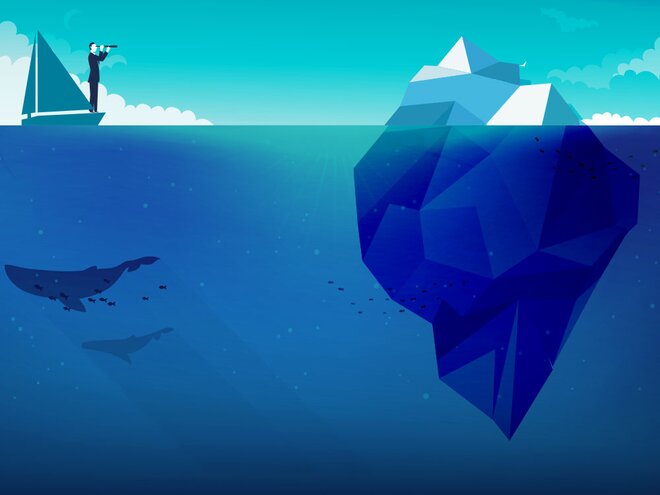 The reimposition of the Long-Term Capital Gains on listed stocks and equity mutual funds is the biggest change in personal savings taxation since the 2005 removal of this tax. However, the Indian investor's world has changed a lot in the 13 years since then. A lot more people invest now, and they are not used to the tax-planning gymnastics that were normal before 2005.

Let's restate the basics first. From February 1st onwards, selling stocks or equity mutual funds that you have held for the long-term (greater than one year, just like earlier) will mean paying taxes on gains accrued since markets' closing on January 31st. If, in a year, you realise more than Rs 1 lakh of such gains, then 10.04 per cent of that (because cess) has to be paid as tax.

So far so good. You might resent this tax, or you may console yourself that it's at least a lot less than the 30 per cent income tax slab you are on. If that's what you think, you may be getting ahead of yourself. This tax could cost you a lot more than 10 per cent. Even though the government will get 10 per cent of your returns, you could actually lose 30 or 40 per cent or even more of your returns, depending on how you invest. That's bad news, but the good news lies in the phrase 'depending on how you invest'. You can limit these losses if you understand what's going on and make tactical changes to your investing approach.

In December last year, when the first rumours of such a tax started floating, I had pointed out that over a long period like ten or fifteen years, an investor would lose a lot more money. The reason is that no equity investor is going to hold the exact same investments for such long periods. At some point, they would sell some of their holdings and buy something else. Given the structure of tax laws, capital gains would be taxed on each such switch, leading to less capital being available for compounding subsequently. The eventual impact would be quite large, but would differ for each investor depending on their buying and selling pattern.

There are three ways of reducing this massive hidden impact of the capital gains tax.
The first is obvious: don't buy and sell frequently. Choose all-weather stocks that will stand the test of time so that your holding period is long. The enhancement in your eventual returns will be huge. This has a special bearing on those who--against all reason and logic--use Portfolio Management Services. Such services often invariably churn your investments a lot in order to make money themselves. The impact on your returns was always bad, but will now be even worse.

The second is to invest in mutual funds instead of buying and selling equity directly. A mutual fund investor can get the same returns but needs to buy and sell much less frequently. The trading is done inside the fund's portfolio by the fund manager. However, as long as the investor holds on to the fund, there is no taxable event. Based on my experience, it is quite normal for mutual fund investors to stick to the same investments for ten years or more. Essentially, you may not need to sell till you actually need the money. Again, the improvement in your eventual returns will be huge.

In fact, even Value Research's standard advice on asset allocation and rebalancing now stands adjusted, although we'll write in greater detail a little later. Since every such adjustment now has a (potentially large) cost, wisdom lies in choosing funds which will require the least churn. For most of us, this should mean hybrid funds, ranging from the most aggressive to the most conservative. Funds that have a built in asset reallocation strategy will now be preferable to pure equity or debt ones. In fact, the ideal fund would be a multi-cap, multi-asset one. One may have to switch on quality, but for almost nothing else. It's possible that eventually, AMCs will launch funds that take this new reality into account, but that's still some time in the future.

The third method is marginally useful and would take some understanding and work. Since Rs 1 lakh of gains every year are tax free, at the end of every year, you could sell investments that would generate that much returns and immediately buy them again. It would save Rs 10,000 a year, which would of course compound in the future. It may be worth your while to do this, or it may not.

There are other side effects of this tax too.
ELSS Funds: For example most investors think that tax-saving (ELSS) fund investments are completely tax-free, including the returns thus generated. This is no longer true. While such funds get you a tax-exemption when you invest, the returns generated upon sale were always, in theory, taxable. However, since these are equity funds, and the investments had a three-year lock-in, they were effectively tax-free. This may not be true any more, subject to the Rs 1 lakh limit.

Distributors: Those fund investors who are entirely dependent on the advice given by fund distributors inevitably have a high churn rate in their investments. Distributors earn more commission when you buy so they are often ready with a story to convince you why you must sell some existing holding and buy another one. In the new tax regime, this will be even more harmful to your eventual returns.

All things considered, the introduction of even a 10 per cent tax gives investors a lot to understand and adjust. We've been unused to this since 2005, but must re-adjust now.