Shalby Limited: Information Analysis | Value Research https://www.valueresearchonline.com/stories/34793/shalby-limited-information-analysis/ Do you want to make money out of businesses that exploit human suffering? Think carefully before investing in any company that runs hospitals

Do you want to make money out of businesses that exploit human suffering? Think carefully before investing in any company that runs hospitals 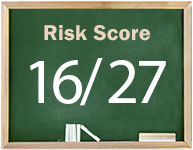 Headquartered in Ahmedabad, Shalby Hospitals operates through a network of hospitals in India, as well as outpatient clinics (no overnight stay facility) and Shalby Arthroplasty Centre of Excellence or SACE (third-party shared surgery hospitals) located in India, Africa and the Middle East. The multi-specialty chain has 11 operational hospitals across five states, 47 outpatient clinics and 10 SACE. Hospitals usually provide four types of services: Primary, Secondary, Tertiary and Quaternary. Primary and secondary services are basic healthcare services, whereas Tertiary and Quaternary are advanced services, with the latter being a premium service. Shalby provides Tertiary and Quaternary services, with special focus on orthopaedics. It also provides services related to cardiology, neurology, oncology and renal transplantation.

As of June 30, 2017, Shalby had a total operational capacity of 841 beds. The company generated revenues of Rs 333 crore in FY17, which does not include the additional revenue contribution from new beds. Two new properties, Shalby Naroda and Shalby Surat, started providing inpatient services July 1 onwards, with combined bed capacity of 510. This will take the total operational capacity to 1,351 beds (an increase of about 60 per cent in the current bed capacity, assuming all the beds become operational). However, Shalby has a total capacity of 2,012 beds, which provides it with an opportunity to further scale its business. It also plans to open new hospitals in Nashik and Vadodara.

Industry-wide ethical issues
In recent weeks, we have had intense internal discussions on the ethical standards of the Indian private healthcare sector. None of our readers would be unaware--either through news or through personal experience--of the widespread incidence of malpractices in healthcare whereby hospitals are focussed solely on increasing revenue and profit without any regard for medical ethics. The recent Fortis case is only one of the very, very few that has come to widespread notice.

Here's a brief excerpt from the red herring prospectus (RHP) of this IPO. Please read it carefully. "As a significant portion of inpatient income is derived from medical services provided in the initial two to three days of an inpatient visit, we seek to increase our ARPOB (Average Revenue per Occupied Bed) by optimising the length of patient stay, increasing capacity turnover, focusing on complex procedures and achieving higher operating efficiency through the adoption of advanced technology and through the provision of improved medical services."

We believe that the investors should be mindful of the human impact of their investing decisions. To put it simply, you should consider whether you want to make money out of businesses that exploit human suffering. There are many ways of making money and you can certainly afford to let a few go by.

Please note that our commentary is not unique to this particular investment. You should think carefully before investing in the stock of any company that runs hospitals.

Strengths
Shalby specialises in orthopaedic treatments and has successfully performed 54,105 joint replacement surgeries since 2007. It had a market share of 15 per cent of all joint replacement surgeries conducted by private hospitals in India in 2016. It also specialises in Orthopaedic Surgeons' (OS) Needle and Zero Technique. OS Needle simplifies soft tissue procedures, thereby reducing the risk of infections as well as failures. Zero Technique involves a minimum incision (surgical cut), which also reduces the risk of infections as well as surgical time in total knee replacements.

Weaknesses
Shalby derives a major portion of its revenues from two hospitals, SG Shalby and Krishna Shalby, which collectively contributed about 77 per cent to its total revenues during FY17. Further, out of the 11 operational hospitals, six are located in Gujarat, which collectively contributed 80 per cent to the total revenues during FY17. Its occupancy rates were very low at 34.5 per cent during FY17. One of its oldest hospitals (Vijay Shalby) which began operations in 1994, had an occupancy rate of just 15 per cent during quarter ending June 30, 2017.

Concern
Shalby's promoter Vikram Shah has been charged with criminal cases related to complaints lodged by customers, even though no serious action has yet been taken against him. Any serious action against him can actually distort the image of company. 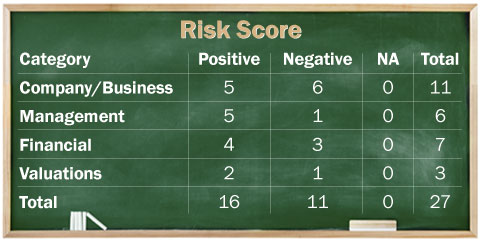 Where is the money going?

Offer for sale: Rs 24.5-24.8 crore
Proceeds from IPO will go to the company's promoter Vikram Shah.

2. Will the company be able to scale up its business?
Yes, the increasing penetration of health insurance and demand for better healthcare facilities, and the bad state of government hospitals can translate into a huge opportunity to expand. The ageing population (23 per cent falls over the age of 45 years) and rising demand for orthopaedic services further adds to the opportunity.

3. Does the company have recognisable brand/s truly valued by its customers?
No, its brand name is not widely known given its concentrated presence in Ahmedabad and small scale of operations.

5. Does the company have a credible moat?
No, the company operates in a competitive environment with a lesser known brand, faces price-sensitive demand and low barriers to entry.

6. Is the company sufficiently robust to major regulatory or geopolitical risks?
No, the increased government scrutiny on private hospitals, speculations on imposing price caps and the recent public protests against private hospitals can significantly impact its operations.

7. Is the business of the company immune from easy replication by new players?
No, it can be replicated by new players like doctors. However, in the long run, reputation, brand name and expertise play a major role and as result, very few are able to survive.

8. Is the company's product able to withstand being easily substituted or outdated?
Yes, the demand for healthcare services will always grow. However, the patients will have choice of hospitals with varying levels of service and competence.

9. Are the customers of the company devoid of significant bargaining power?
No, given the kind of service they require and budget they have. Customers have choice to go to cheaper hospitals or government clinics.

14. Is the management trustworthy? Is it transparent in its disclosures, which are consistent with SEBI guidelines?
No, in FY13,14 and 15, the auditor issued a qualified opinion questioning the recoverability of loans made to the directors of a subsidiary company. The loans were not expected to be recovered and no provisions were made against them, leading to higher profits.

15. Is the company free of litigation in court or with the regulator that casts doubts on the intention of the management?
Yes. However, there is ongoing dispute as far as Shalby Jabalpur is concerned, which may lead to closure of the property. It was built on disputed land, which can only be used for providing educational services. There are also some other cases pending, but they are not expected to impact the company materially.

16. Is the company's accounting policy stable?
Yes. However, there was some change in estimated useful life of assets from FY 14-15 due to the adoption of Companies Act, which was applied prospectively.

24. Have the company's short term borrowings remained stable or declined (not increased by greater than 15 per cent)?
No, the company is heavily reliant on short-term borrowings, which are increasing by more than 100 per cent year over year over the past two years.