Linking psychology and economics | Value Research https://www.valueresearchonline.com/stories/34608/linking-psychology-and-economics/ Economic models should also take into account psychological principles, no matter if they are inexact Economic models should also take into account psychological principles, no matter if they are inexact 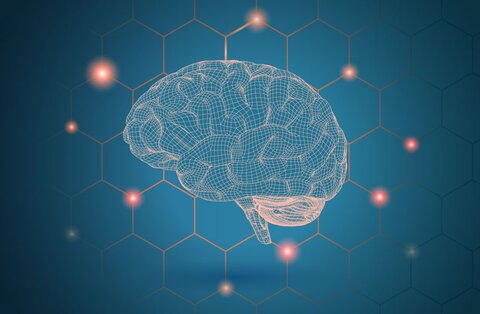 The ballet dancer stands on her toes in an elegant display of womanhood, but it is not her natural state of existence, nor can she maintain herself in her position for long. The theory of general equilibrium, similarly, is elegant in construction but impracticable in reality. The need to balance economic variables was not born in economics; it is an import from the sometimes artificial (and idealistic) world of mathematics.

Take water. If movement (of a river, say) is defined as dynamic, while stagnancy is defined by statism, then a river is in dynamic equilibrium, while the sea is in static equilibrium. The water cycle would be in a dynamic equilibrium. But water does not change when you start to observe it, so it does observe physical/ mathematical rules that are true under all normal conditions.

But why would you expect human beings to behave similarly? Water does not have an 'internal motivation', which changes its behaviour based upon an internal stimulus. So its behaviour has only one dimension - its reaction to an external stimulus. Any theory that seeks to explain the behaviour of water will only have to take into account the kinds of stimuli it is subjected to. All of these are mathematically amenable.

Human beings are internally motivated, so while they do react to external stimulus (some of which is the subject of economics), they are driven by their psychology. This adds a layer of 'roughness' to human behaviour that makes it impossible to measure it in discrete numbers. It needs fuzzy processing, more logic than mathematics.

Take dynamic stochastic general equilibrium (DSGE), a theory that uses stochastic variables (whose values are independent of each other, but mostly 'anchored' to each other) to propose an 'expected value', that is 'in equilibrium' - rather like a house of cards that is 'generally in equilibrium' but can collapse any time. This is ok if you tell the buyer of a house the fine print: that this is prone to flatten you every six months, so you really should be sleeping outside in tents.

The point is, that these caveats are neither articulated, nor provided for (with 'fragility supports', a Nassim Taleb/ Hyman Minsky idea). The underlying bed of psychology on which it rests is not acknowledged, which creates problems. The ambition to be a 'science', which reduces uncertainty and prescribes 'solutions' for the user, is what puts it into the domain of the pseudo-sciences.

Doesn't astrology seek to do the same? But when you see the astrologer call out his parrot, you know from common sense that he, the practitioner, does not know more than his parrot, hence caveat emptor. After all, we all do enough pop astrology to know that we hate our brother because he is this confusing Gemini, so we take the astrologer's forecasts with a spoonful of salt. Still, imagine tying up our repo rate to the astrological configurations of Modiji's birth charts or what astrologers say about the BJP prospects in 2019.

But back to the house-of-cards metaphor. Can you imagine buying a house that can't survive the tail-wagging of a nearby dog? The implicit belief in the robustness of an economic model must be educated by a deep knowledge of the underlying psychology. But both individual psychology (aka neurology) and social psychology are unstable subjects, with ideas germinating and dying because of the inability to be applicable universally.

The point is that psychology, a social science, has the humility to put out its caveats, and let you, the user, decide where to stand on a debate. But that makes psychology not very important to driving public policy, even though its usefulness cannot be questioned.

The problem with economics is that there are no similar stories of the destruction of ideas. Nobody has called back the Nobel Prize given to Modigliani-Miller for dividend irrelevance, or the Black & Scholes model for having an elegant bell curve in its probability density function. Right now, since 2013, the Phillips curve is violated by the fact that unemployment and interest rates are not inversely correlated, but the Fed continues to explicitly use it to determine policy. That it might effectively trigger the next recession, even as the Fed tries to prevent it, is similar to using your hand to cover the house of cards, only to tip it over.

The Fed's current pursuit of inflation targeting is flawed because inflation has not reacted to falling unemployment, even in the short run. That may be because the last recession created a structural downshift in labour utilisation, with the baby boomers going out. Some of the drop in unemployment came from people going out of the labour force, only to be replaced by new higher-skilled millenials. As the slack gets taken up, it is not resulting in an uptick in bargaining power because of psychological factors. Millennials are too indebted and too scared to negotiate.

Whatever it is, the debate depends on where you are. The point is that the Phillips curve 'prescribes' a focus on inflation, the moment unemployment goes down. Being a single-equation mathematical model, it must be either used or rejected outright. There is no grey area or space for debate that it allows. And since it has set the Fed's agenda for long, nobody has the courage to say that this time, things might be different. Who will bell the cat?

Psychology again. In markets, we are used to saying that things are never different for good reason. But when the underlying macroeconomic model is based on artificial money funding artificial economic activity, then perhaps it is time to ask.