Running the show | Value Research https://www.valueresearchonline.com/stories/34601/running-the-show/ India's political framework and recent government moves could result in an increase in the political influence of large corporates 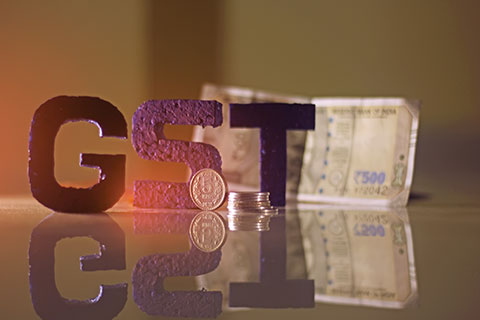 Starting in the mid-1990s, a few (then) small road contractors figured out how to game the public contracts system to perfection. As India became more prosperous, these contractors became very large very fast, using a mix of creative accounting (to fool the stock market and the banks) and crony capitalism (to grab natural resources, land contracts and/or to change the terms of the contract after the tendering process had been closed).

In the noughties - regardless of who was in charge of India - these companies grew rapidly as they figured out how to game the players in the system. The publication of the CAG's report on 2G spectrum allocation in November 2010 changed the way India worked and sealed the fate of these connected companies. In particular, Ambit's index of the 75 most 'connected' companies has underperformed the BSE 500 by about 15 per cent per annum since the publication of the 2G report in that memorable winter of 2010.

The rebirth of the connected company
India is the only significant democracy in the world with first-past-the-post (FPTP) elections in which a multitude of parties feature. In the rest of the world, democracies:

India's peculiar combination of FPTP elections with lots of parties makes for extremely expensive elections because, say, in a poll with five parties, each party knows that the party which gets one more vote than the other parties gets the entire spoils of ruling that constituency for five years (these spoils are in the form of 'rents' that can easily exceed $10 million per annum even for a rural constituency). As a result, every party spends as much it can to win seats. In the general elections, each of the larger parties spends at least $2 million per seat (to pay for advertising, election rallies, transport, alcohol, etc). Over a five-year cycle of general, assembly and local elections, India's political parties comfortably spend in excess of $50 billion (as per an article on http://www.indiafoundation.in.) Over 90 per cent of this $50 billion plus amount is black-money funding due to India's restrictive campaign-finance rules.

Regardless of their political affiliation, Indian politicians' need for election funding on such a scale makes them susceptible to corporate lobbying. Indian corporates' need to see regulations relaxed nicely coincides with the politicians' need for election funding. Hence, it was but inevitable that the connected company would rise again, especially as we get to the business end of India's five-year electoral cycle, with a packed election calendar (between now and the next general elections in 2019, 13 states go to the polls). It is interesting, therefore, that the recent changes in election-funding rules (as part of the 2017 Union Budget) make it easier for corporates to donate money to political parties.

As per the Finance Act of 2017, corporates are now allowed to make donations to political parties without having the compulsion to declare whom they are donating to (thus making it impossible for the public to know who is giving money to whom).

The mechanism via which such donations can be made is as follows - the donor will buy an electoral bond issued by the RBI. He will then give the bond to whichever party he supports. The party can then encash the bond. In theory at least, nobody, other than the recipient party, will know who donated how much money to which party. Therefore, the new system:

Investment implications
It is already evident that policy decisions are helping certain sector leaders become even more dominant in their chosen sectors (e.g., steel, telecom, banking, airlines). Other than political funding being 'corporatised', there are two other dynamics which should help organised-sector market leaders clean up over the next decade: