High margins that stay high | Value Research https://www.valueresearchonline.com/stories/34435/high-margins-that-stay-high/ We cull out the companies which have both high and sustainable margins Many companies can have short-term upticks in margins. These can be caused by a number of factors; a temporary decline in raw material prices, a reversal in the commodity cycle or any other short-term factor can bring about a bump-up in margins.

Table below lists out companies that have a low long-term average-margin profile. 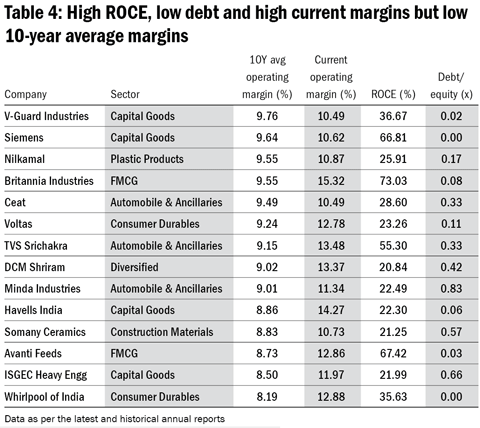