Vikas Gupta, CEO & CIO at OmniScience Capital, shares some vital insights and advice on classic value investing. He also warns about the most feel-good way of losing money: companies with moats 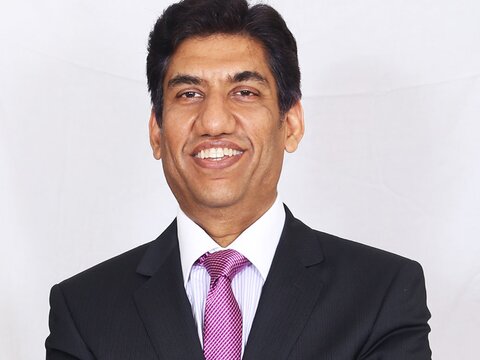 The art of investing is actually a science. Kumar Shankar Roy speaks to Dr Vikas V. Gupta, CEO & Chief Investment Strategist of OmniScience Capital. While Dr Gupta espouses the value-oriented investment philosophy, more than 20 years of experience in research, strategy and operations in various roles compelled him to look at deficiencies in classic value investing. Dr Gupta, who formerly served as a professor and research faculty at IIT Kharagpur and University of California, also warns about the most feel-good way of losing money: companies with moats.

What attracted you to investing?
An undergraduate education from an institute like IIT Bombay trains you to be highly deductive, analytical and mathematical. You give the toughest problem to an IITian and he will solve it for you. Ivy League colleges, such as Columbia University, New York, trains you to look at the world holistically to help decide which problems are worth solving and will have the highest impact. This combination of a highly engineering-oriented approach of the IITs and the philosophical and scientific mindset of the Ivy League encourages originality of thought and healthy scepticism towards a final theory of anything, even if its proponents are Nobel laureates. The research during this period at Columbia, and subsequent advisory and professorial stints at the University of California, Irvine, and IIT Kharagpur resulted in numerous papers in highly cited, peer-reviewed journals.

Equity markets, being highly complex and challenging, naturally attracted me and seemed ripe for an original scientific perspective applied to the investment problem. While I was interested in the equity markets from my undergraduate days at IIT Bombay, the fact that Columbia University is in close proximity to Wall Street and is the alma mater of both Ben Graham and Warren Buffett did not hurt.

After IIT, you dabbled in the IT space a lot. How did the invention of 'Scientific Alpha' concept happen?
While I have been learning about investing from my undergraduate days and then continued doing so during my New York years, during the late 90s and early 2000s, i.e., my IT days, I got attracted to the impact of technology entrepreneurship and how venture capitalists look at investing. Contrary to the common perception, I learnt that successful entrepreneurs and venture capitalists do not have a high-risk mindset. In fact, since they are operating in a known high-risk environment, their focus is to avoid the risks or mitigate them as far as possible. The successful ones learn to navigate the risks, i.e., avoid losing too much capital when the risks manifest and make high returns when the situations are favourable. This naturally dovetailed into the risk-averse philosophy of value investing as formulated by Graham and further developed by Buffett for investing in listed equities. I learnt that alpha or high excess returns are a natural outcome of a focus on safety.

The high returns of successful investors were the result of navigating risky situations by avoiding the risks. This was the initial step in the formulation of the Science of Alpha from Safety. I developed, and tested with family money, a highly disciplined and risk-averse investment process focusing on companies which had stable operating businesses, safety, cash-rich balance sheets, secular competitive advantages and were available at a discount to intrinsic value. The results were extremely encouraging. However, I also saw the flaws when one makes behavioural errors, such as strong convictions that the market is bound to either go up or down or that a particular stock is showing extremely favourable risk-return characteristics and thus merits a huge allocation. An approach mitigating or negating these subjective, behavioural tendencies was required. This was the catalyst for the development of Scientific Alpha investment engine.

How does Scientific Alpha work? Is it applicable for Indian stock markets?
Our investment engine is the culmination of the multi-decadal immersion in the value-investing philosophy - primarily a risk-averse mindset while operating in risky asset classes - and a scientific mindset which requires focus on root causes and a reproducible, replicable approach. Scientific Alpha focuses on the most important and powerful causes of investment returns and creates investment grade equity portfolios on any universe. In short, Scientific Alpha focuses on buying supernormal companies at supernormal prices, thus directing the portfolio towards supernormal returns, i.e., alpha.

The Scientific Alpha investment engine implements a highly structured value-investing approach. The primary risks - ways of losing capital - have been identified and criteria to avoid or mitigate these have been defined. The number of stocks in the portfolio, the maximum allocation limits for a single stock or sector and the rebalancing frequency for the portfolio are also fully defined. At every instance of rebalancing, it follows a zero-based approach and searches through the full investment universe to create the optimum portfolio in the market at that point of time.

This is definitely applicable to any stock market, whether developed markets, such as, US, EU, UK, and Japan or emerging markets, such as India. We have dozens of strategies in the developed markets covering the whole gamut of large, mid, small, micro and total caps combined with our versions of value, core and growth. A similar matrix is available for the Indian markets. While the former are suitable for strategic asset allocation for institutional investors, we have further, developed thematic strategies for taking exposure to exponentially growing themes. For example, we have the world's first virtual-reality strategy, security-sector strategy and smart-manufacturing strategy.

What are the weak points of classic value investing - Graham-Buffett style discount to intrinsic value?
Classic value investing is understood by many as a low P/E (price to earnings) or a low P/B (price to book value) strategy. Many of these companies can be highly leveraged and that is a huge weakness. Further, many companies available at a low price multiple could be of such low quality that even at those low multiples they might be overvalued. These companies are prone to lose capital through unstable business models, weak balance sheets and sloppy capital allocation, thus destroying shareholder equity.

Further weaknesses arise due to forward looking, optimistic evaluation of companies. Assuming high-enough growth in cash flows for long enough can justify any price. From this point of view all companies will start looking cheap, especially, so-called 'growth' or 'moat' or 'high-quality' companies can be justified to be undervalued at any price if optimistic projections of cash flows are made. The subjectivity associated with the evaluation of the future and what is construed as moat is where the weakness in the classic Graham- or Buffett-style value investing lies.

Further, in the last few years, a tendency to hold highly concentrated portfolios has developed. This is a high-risk approach where the risks are not obvious and are learnt directly as experience when the black swan strikes the portfolio; until then ignorance is bliss.

Another weakness of the classic approach that should be highlighted is the 'buy and hold' approach. The days of companies with permanent advantages is over. The current and future economy is being disrupted due to technological, social, economic, political, legal and environmental concerns at a very fast pace. This has reduced the secular advantage period of most companies. Even the so-called 'inevitables' of Buffett no longer enjoy a permanent advantage. Buffett has realised this and his portfolio alignments in the last few years reflect that. But his followers will take time to understand and absorb this.

Many Indian stocks in the past have got great premiums because of 'know-who', instead of know-how. Companies with government relationships can get a boost for five years. How do you adjust for this kind of intangibles when you create a framework?
Yes, we agree that know-who matters. But we are not keen on having companies whose future is tied to government benefits, which are at risk every five years or sometimes even earlier. In our opinion, these are not secular competitive advantages which we look for.

Yes, we do understand that these advantages are at risk in the future due to disruptive competition and hence one cannot pay too much for them. But to knowingly invest in companies whose competitive advantages are highly short term in nature is not in line with our philosophy. We are satisfied losing out on these investment opportunities.

A company that has a stable business model, a strong balance sheet, a value-creating track record is undoubtedly a high-quality, moat company. How important is valuation for these stocks?
There are many such companies and most people are familiar with the names. We are rather worried about people buying these companies without worrying about their valuations and potential disruptions, which could end their secular advantages.

However, I would like to use this opportunity to highlight what I call the most feel-good way of losing money: 'I only buy moat companies'. Most of the time moat companies are overvalued in the markets. If you pay too much for a moat company, then sooner or later you are going to lose money; but, yes, you will feel good during the holding period!

Most of the above companies are moat companies but eventually money was lost due to paying too much. You can also see that many are struggling today due to
economic disruption.

How does an investor seek alpha among great companies?
Usually, among moat companies, the ones on the front page of media due to their good performance are likely to be overvalued. What one has to look for is companies which are not being celebrated right now. These could be companies which are simply ignored or are facing some kind of temporary trouble. If the temporary trouble is going to last for a few quarters to two-three years, most analysts would recommend a sell and therein lies the opportunity.

During tough economic times people come back to the so-called defensives or established proven moat companies. At this time, the consumer-oriented and brand-owner companies are identified by most investors as moat companies and they trade at a premium. At these times, one should focus on the companies which have moats but are not the obviously known brands. Keep in mind that nearly always some great companies are available at a discount to their intrinsic value.

But don't chase what you already recognise as a great company. Look at what the market is offering to you and from that find great companies which are currently not being recognised by the market. All this is naturally easy to say and difficult to implement.

In the Indian stock market, 'growth' has in majority of cases trumped 'value'. How strong is the case for moving to 'value' today?
We do not believe in the conventional growth and value classification. We believe that even growing companies might be available at a discount to intrinsic value and when they are, one should be ready to buy them.

Even Buffett doesn't buy Buffett-grade companies. He buys them only when they are available at a Buffett price. Further, he is ready to sell them when they become highly overvalued.

Given the highly disruptive global economic conditions, the focus should be on creating an investment-grade equity portfolio and not specific companies. The days of just identifying great companies and holding them forever were never there in the first place and definitely do not exist now.

This interview was first published in September 2017.