This is the first general insurance company to go public in India. Read our article before deciding 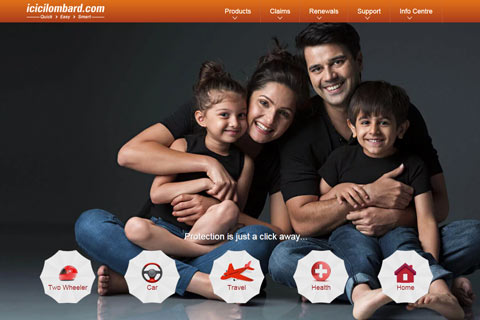 ICICI Lombard is in the business of general insurance. Its operations commenced in FY 2002 as a joint venture between ICICI Bank and Fairfax Insurance, a Canadian company (through its affiliate Lombard).

Before 2000, the general insurance business was controlled by four public sector general insurance companies. Since the entry of private players they have steadily lost their share but they still account for 58% per cent of the market. ICICI Lombard’s gross premiums grew at a CAGR of 14.18% from FY12 to FY17 compared to 14% for the industry. In 2017, it became the first private non-life insurer to cross Rs 10,000 crore in gross premium income received. The insurance market in terms of gross premium is Rs 1.28 lakh crore. India’s total insurance premiums stand at just 0.77% of GDP compared to the global average of 2.8%.

The business
Insurers make money by collecting insurance premiums and by generating returns from those premiums. Their key expenses are claims on the risks they underwrite and the cost of running their operations. ICICI Lombard’s money primarily comes from motor (42%), crop (20%), health (15%) and a few others.

Strengths
Superior technology
ICICI Lombard was among the first players to start providing its services online (in 2005). In 2012 it started conducting motor surveys electronically, through tablets. It also began surveying motor claims remotely through video streaming. In 2017, 91% of motor claims were surveyed in this manner. The company is currently investing in artificial intelligence and machine learning. This sort of expertise has powered the company’s rapid growth and built its market share.

Lean operation
Its net expenses at 23.5% of premiums in FY17 are substantially below the average for its peers at 29.5%. Average revenue per employee stands at a whopping Rs 1.6 crore.

Investment returns
According to CRISIL, ICICI Lombard had the largest investment asset base among all private non-life insurers in India. This base stands at Rs 16,446 crores, having grown from Rs 6,034 crore in 2012. It is also substantially higher than the claims of about Rs 5000 crores incurred by the company in FY 17. The company made returns of 18%, 8.8% and 13% on its portfolio in the three years ending FY17 respectively, despite being heavily regulated in terms of asset allocation.

Strong capital buffer
ICICI Lombard has a solvency ratio of 2.10 compared to the industry average of 1.76. This ratio measures the company’s ability to pay off its claims if all of them materialize at once. The IRDAI’s threshold has been set at 1.5 leaving ICICI Lombard with a strong margin of safety.

Concerns
A potentially bitter harvest
ICICI Lombard has embraced crop insurance with gusto, adding it to an existing portfolio dominated by motor and health insurance. It runs its crop insurance business in conjunction with a few flagship government schemes. The company has a ‘combined ratio’ of 130% for this segment. This ratio compares the sum of claims and operating expenses with premiums. A value above 100% usually indicates that insurance company is paying out more money in claims and operating expenses than it is receiving from premiums. Crop insurance is presently just 20% of total insurance premiums but this is likely to increase, magnifying the company’s risk.

Float might not stay afloat
Insurers do not typically make money on premiums alone. The claims made on their policies and their operating expenses together eat into a large chunk of the premiums they get. To cushion against this, insurers generate returns on the premiums they receive. This money which lies with the insurer (and is invested by it) before claim payments are made, is called float.

ICICI Lombard made 18%, 8.8% and 13% on its investments in the three years ending FY2015, 2016  and 2017 respectively. This was an unusually bright period for both India’s debt and equity markets. Among these asset classes, ICICI Lombard is more exposed to the debt market (which is partly a result of regulation). 31% of its portfolio is in government bonds, 43% is in corporate bonds, 16% is in equities. The rest is in alternative investments including as real estate. If the company isn’t able to keep generating returns such as these, its profitability will be hit.

Other issues
ICICI Lombard is among the first insurers to adopt online distribution of policies but having started in 2005, it is still a large traditional company. The sector is vulnerable to disruption by nimble go-getters such as Acko who specialise in technology and data analytics to gain a deeper understanding of the market. They rely more on online than physical presence, keeping costs low and threaten to undercut their traditional rivals.

India’s foreign direct investment in insurance initially set at 26% has now been raised to 49%. A move to open up the sector further also brings with it the threat of a mass entry of foreign players. The current shelter of FDI restrictions that predominantly domestic players such as ICICI Lombard enjoy, can fall away.

Our Verdict
We aren’t giving you one, but our pointers will help you decide.

Who’s selling and how much
The IPO is wholly an offer for sale.