SIS IPO - Should you buy? | Value Research https://www.valueresearchonline.com/stories/34113/sis-ipo-should-you-buy/ Find out how Security and Intelligence Services (SIS) scores on our IPO checklist and what are its pros and cons

SIS IPO - Should you buy? 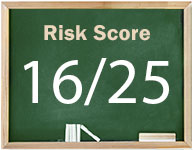 India's numerous IT companies, malls and banks need security and its offices need cleaners and other tradesmen to maintain them. SIS or Security and Intelligence Services (India) Ltd. does all of this. The company has built a name for itself in the security business and its size is a major advantage. However it is very vulnerable to small changes in labour costs and operates on wafer thin margins. Read on to make up your mind about whether to buy.

What it does
Security services (guarding those IT companies, malls and banks) is the largest chunk of its business accounting for about 87%% of its revenues and within this segment, a large portion, comes from an Australian subsidiary. This is followed by facilities management (building cleaning, maintenance etc) at 8.45%. Cash logistics, pest and termite control and electronic security make up the rest. The company has 251 branches in 124 locations in India and renders its services at 11,869 customer premises. In Australia the company operates across 8 states, servicing 245 customers.

To buy or not to buy
SIS's revenue and net profits have grown robustly at 14.5% and 12.4% respectively over the past five years. The company has established a brand in the security business and advantage of size work in its favour. GST and other formalisation initiatives are likely to force the vast number of unorganised players out of the market, driving business to SIS. New ventures such as pest control and electronic security hold promise for the long term.

The company employs an army of security guards and related personnel in India, a figure reaching almost 1.5 lakhs. This makes wages the largest component of its costs at 85%. This leaves the company vulnerable to galloping employee costs in India (in the order of 15% per annum over the past four years), labour law changes and sky-high attrition rates of 56% (although this has been steadily coming down). Its slim (EBIT) margins at just 4% underline this vulnerability though they have been defended quite well over the past few years.

Where's the money going
Roughly half of the IPO proceeds (780 crores) will go to existing shareholders. The other half will be used to pay off debt (200 cr.), replenish working capital (60 Cr.) and for general corporate purposes. 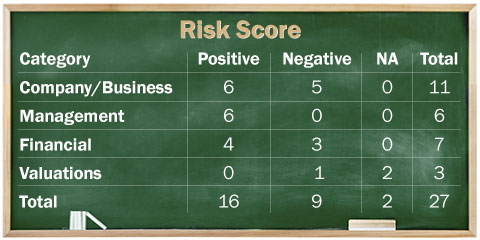 The Verdict
The company has passed 16 of the 25 tests we set it. Read on to make up your mind.

Company / Business
1. Are the company's earnings before tax more than Rs 50 cr in the last twelve months?
Yes, the profit before tax for FY 2017 was Rs 112.9 crores.

2. Will the company be able to scale up its business?
Yes, the company's security services and cash management businesses will grow at a rapid clip on the back of demand from IT and financial services. The increasing number of banks and ATMs has increased the demand for banking infrastructure. The shift towards organised players resulting from GST will also act as a tailwind. The company has a sizeable chunk of revenues coming from Australia though this will grow at a modest pace.

3. Does the company have recognizable brand/s, truly valued by its customers?
Yes. In India, SIS is the second largest national operator by revenues in the security services market and in Australia it is the largest security service provider by revenue. It is also the second largest player in cash logistics market in India with market share of 10-11%.

5. Does the company have a credible moat?
No, SIS operates in a highly fragmented market with intense competition. It does not have a sufficiently powerful brand, technology or other characteristic that would give it a credible moat.

6. Is the company sufficiently robust to major regulatory or geopolitical risks?
No, the government periodically revises minimum wages under the Minimum Wages Act. SIS operates in a highly labour intensive business where employee expense constitutes more than 80% of its total expenses. Any increase in wages which is not passed on to customers dents profitability. In past 10 years government stipulated minimum wages have grown at a rate of 11.92%.

7. Is the business of the company immune from easy replication by new players?
No, it can be easily replicated and has low entry barriers with unorganized players accounting for large market share. There is very little difference between the services offered. In India, there are close to 15,000 local players operating in security services market.

8. Is the company's product able to withstand being easily substituted or outdated?
Yes. Services such as security, cash logistics and facility management services are unlikely to be substituted or get outdated easily.

9. Are the customers of the company devoid of significant bargaining power?
No, there are many players competing against SIS. Customers can switch to competitors if offered unfavourable terms.

13. Do the top three managers have more than 15 years of combined leadership at the company?
Yes, each of the top 3 executives of the company have been with the company from over a decade.

14. Is the management trustworthy? Is it transparent in its disclosures, which are consistent with Sebi guidelines?
Yes, this is broadly the case. However certain matters are pending against the management that may affect investors. On nine instances between 1988 and 2012 the company issued and allotted equity shares to more than 49 persons. According to Companies Act 1956, allotment of securities - shares and debentures - by companies to more than 49 persons were deemed to be public offers. SEBI has sent a show cause notice to the company as to why an enquiry should not be held against the company for which proceedings are still underway.

17. Is the company free of promoter pledging of its shares?
Yes, the promoters have not pledged their shares.

19. Was the company's operating cash flow-positive during the previous year and at least four out of the last five years?
Yes, it is positive for all five years.

21. Is the company's net debt-to-equity ratio less than 1 or is its interest coverage ratio more than 2?
Yes, it is less than 1 but it has been increasing since 2015. It currently stands at 0.6 times equity in comparison to -0.1 times (cash was greater than debt) in 2014.

23. Can the company run its business without relying on external funding in the next three years?
No, the company is dependent on short term borrowings to fund its working capital requirements. The company also has to buy the remaining stake in an acquisition (Duster) in next three years for which it may require additional funding.

24. Have the company's short term borrowings remained stable or declined (not increased by greater than 15%)?
No, they have increased by 26.5% over the past year as a result of an acquisition and increase in working capital requirements.