Electricity is a hot topic in the Indian context - socially, economically and politically 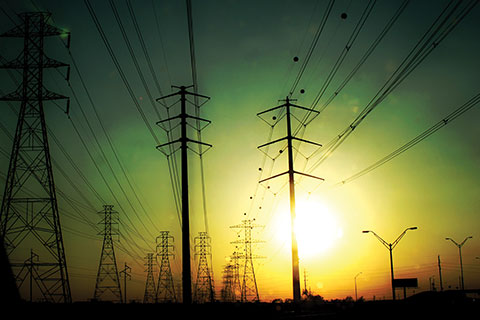 No modern society can survive and grow without reliable, affordable power. This gives the power sector a social dimension as well as a purely economic role. Unfortunately, it also means that political parties use cheap power as a lever for winning votes. The sector faces continuous political interference.

The Centre, states and private players co-exist. Many states offer free or highly discounted power to farmers and households. These freebies are cross-subsidised by charging very high tariffs from industry. In addition, there is rampant power theft, with units consumed being written off as transmission and distribution losses (T&D losses).

Over the years, huge losses have accumulated. The sector's accumulated losses are equivalent to about 4 per cent of GDP. In addition, bulk of all non-performing assets - bad bank loans and bad debts sourced from other lenders - are in the power sector. State utilities owe the equivalent of 3.5 per cent of GDP to sundry creditors. Banks have more or less stopped lending to power-sector companies and power projects.

Successive governments have tried, in half-hearted fashion, to correct the situation. When a political party is in power (at the state level), it may try to cut losses. When a party is campaigning, it promises more freebies!

Reforming the sector
Despite this push and pull, some reforms have gone through. First, state electricity boards were split up, usually into three separate companies that handled generation, transmission, distribution and collection. This helped figure out which stage of the business suffered maximum losses and hence needed most attention. Second, state electricity regulatory commissions were set up to control tariffs; there is also a Central Electricity Regulatory Commission. Accounting was made more transparent so that it became a little clearer how much subsidy states were handing out. States were offered incentives to reduce losses under programmes like the APDRP, Accelerated Power Development and Reforms Programme. Central power utilities, such as NTPC and Power Grid Corporation, were also guaranteed payments by states, which made tripartite agreements with the utilities and the RBI. This was one form of temporising. At least some payments were made to the PSUs.

But losses continued to rise. Private power producers are also often owed a backlog. Players in other areas such as manufacturers of cables, transmission equipment, etc., ended up with large collectibles from state units. And, of course, state units lack the resources to invest in much-needed improvements. Other reforms like 'open access', where consumers can buy their power from anywhere have not been implemented. Open access would reduce the power of a given state to charge high industrial tariffs since industry could then buy from elsewhere.

The latest scheme for cleaning up losses is the UDAY (Ujwal DISCOM Assurance Yojana) plan. This allows states to directly take over debt owed by state utilities to banks. By late 2015, banks were owed Rs 5.8 lakh crore by the power sector. That's about 22 per cent of all outstanding bank debt. About Rs 4.3 lakh crore was owed by state utilities. Another Rs 1.34 lakh in loans to private players was also reckoned to be high risk by CRISIL.

UDAY conceptualised splitting outstanding state utility debts. Respective states would directly take over a large part (maximum of 75 per cent) of the loans and issue bonds to repay and refinance those loans. Discoms (distribution and collection utilities) would also issue bonds to refinance.

UDAY sets reform targets. Transmission and collection losses are to be reduced from around 22 per cent (average) to 15 per cent by 2018-19. Also by 2018-19, negative gaps between the average tariff realised (this accounts for transmission and distribution losses since total revenue is divided by the units generated) and the average cost of supply will be eliminated.

This is important. Unless utilities hit breakeven at the least, losses will mount. Then UDAY would just kick bad-loan problems further down the road. Setting reasonable tariffs also implies politicians will not interfere too much with tariff-setting (or they will allocate necessary subsidies from state resources).

UDAY has, over 18 months, led to significant savings in interest costs (states can issue bonds at lower interest rates). The revenue-cost gap has also been reduced. But high operational losses are still being logged by discoms.

Better discom finances would in turn lead to better private-sector power finances as well. But politics will cause a problem. There are many assembly elections through the next two years, culminating in the general election in 2019. Chances are the UDAY reform process may stall or deteriorate. State governments will go slow on hiking power tariffs if we go by history. Even the BJP, which seems most committed to reforms, recently waived over Rs 36,000 crore of farm loans in UP.

The mismanagement over years has led to a strange situation. India has, on paper, far more installed capacity than it needs. In reality, much of that capacity is loss making and barely used. Fuel linkages are messed up. There are long power cuts and shortages. Consumers have got used to not paying.

Come the renewables
But there's another aspect to the power sector. While investors have been understandably cautious about conventional plays in power, there's been huge investments, mostly through private equity in renewables. What's more, a combination of fast technological developments, economies of scale and big subsidies have meant that the dynamics of the renewables sector have changed quickly.
The development of wind and solar could change many equations. Five years ago, solar tariffs were in the range of Rs 15.5-18 per unit. The most-recent auctions saw tariffs in the range of Rs 3.15/unit. Wind tariffs are now in the Rs 3.45/unit range. This is roughly competitive with thermal power - current coal-based tariffs are in the Rs 2.50-3 per unit range.

If the JNN Solar Mission targets are fulfilled, solar capacity will grow from 12 gigawatt in 2017-18 to 100 GW in 2022. Wind capacity is around 32 GW and the target is 60 GW by 2022. (This is deceptive. An efficient thermal plant routinely hits plant-load factors of 95 per cent of rated-generation capacity. In renewables, a PLF of 15-20 per cent is good. So the 160 GW of solar plus wind renewables is equivalent to about 35-40 GW of thermal capacity. )

Economies of scale and improvements in technology will lead to lower renewable tariffs. That's inevitable. California, for instance, often has zero/near-zero solar tariffs at noon, when solar generation exceeds grid demand. Denmark and Germany also see near-zero tariffs at peak generation. What's more, the final product, solar power/wind power, is clean (the manufacture of the wind and solar equipment is not).

Thermal depends on fossil fuels like coal, gas, naphtha or bagasse and alcohol. Apart from being polluting, fossil fuels have cyclically variable prices. These are likely to get more expensive since those commodity cycles are at lows. India is dependent on fossil imports. This means thermal power will get more expensive at some stage, even as solar and wind get cheaper. At the peak of the next commodity cycle, fossils could easily cost over twice as much. Meanwhile, levelised wind and solar costs could easily drop to half the current levels.

Renewables are not magic. There are plenty of problems. Generation is intermittent. Issues with voltage can make it hard to wheel onto grids. Storage is also expensive. Otherwise, solar could generate excess power during daylight to be stored to use at night.

There are environmental impacts, though these are less than those with thermal. The thermal value chain involves mining, making equipment (involving cement, steel and other metals) with huge environmental impact, and generating power with toxic smoke as a waste product. Wind and solar have no polluting fuel needs. But wind power and solar can kill birds (apart from hitting turbines, birds' lungs can explode due to pressure differences if they fly close to a turbine).

Solar requires water to keep panels clean. While thermal plants also require water, the water demand for solar is often a catch-22 situation: solar works well in sunny desert locations, which are short of water. Renewables equipment also requires rare earth metals and China is the only source for them at present. India would be vulnerable to any embargo imposed by China.

But there are also major advantages of renewables. Wind and solar are both convenient off-grid options. It's relatively easy to set up installations anywhere. This reduces grid dependencies. There have been a series of breakthroughs in storage technologies and generation efficiency. There will be more developments on both of these fronts. Lab demonstrations suggest that battery technology could become 30 times as efficient, which would help solve the intermittency problem. Other lab demonstrations indicate that new 'all-in-one' thin-film panels plus storage could be the same size and weight as current 'standalone' panels. Many nations are exploring rare earth mining options, so diversification of sources may be possible.

What does the renewables revolution do to the power industry? It disrupts. The value chain would change as renewables become bigger. Industry, which is reeling from high tariffs and unreliable power can set up captive sources. So can households. The badly run state utilities lose effective monopolies.

This changes the investment perspective. As of now, the renewables sector has little in the way of listed options and those companies aren't necessarily doing well. There are huge amounts of investment required. Every gigawatt of capacity will cost about Rs 6 crore (the estimates could drop radically). But at this stage, the ordinary investor cannot participate in the investment process. But it would be wrong to ignore what's happening in renewables. Most investors, including banks and NBFCs in this space, are misreading the situation because they see conventional and renewables as separate entities.

I also suspect policymakers are unaware of how fast things could change. As of now, thermal provides about 75 per cent of grid power in India. There are pockets around the world - California, Denmark, Germany - where renewables already meet close to 50 per cent of the overall power demand. There's no reason why this wouldn't happen in India as well.