Needed: something more than a disincentive system | Value Research https://www.valueresearchonline.com/stories/33782/needed-something-more-than-a-disincentive-system/ Author Nassim Nicholas Taleb has released excerpts from his wonderful new book, and it concerns all of us

Needed: something more than a disincentive system

Author Nassim Nicholas Taleb has released excerpts from his wonderful new book, and it concerns all of us 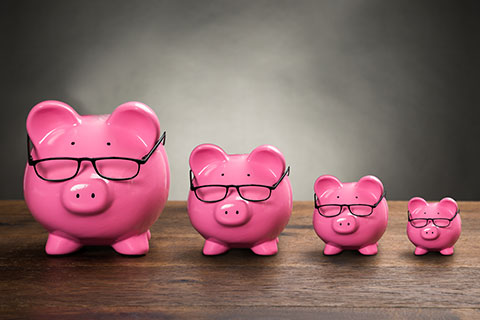 Author, scholar, statistician, former trader, and risk analyst Nassim Nicholas Taleb, who now defies easy introduction, is writing a new book, Skin in the Game. A couple of days ago, Taleb linked to a 50-page chunk from the book on Twitter for a few hours with this tweet: Don't tell my publisher. I am posting the first 50 pages of SITG for 3-4 hours, for comment on readability/clarity.

That's typical of Taleb, and this disregard for publishers' worries about leaking a pre-publication book is the least of his irreverences. The theme of the book is, obviously, skin in the game, but in a deeper and broader sense than the way it is used normally. Here's how Taleb gets across the meaning: If you inflict risk on others, and they are harmed, you need to pay some price for it. If you give an opinion, and someone follows it, you are morally obligated to be, yourself, exposed to its consequences. And he's careful to point out, 'Do not mistake skin in the game as defined here and used in this book for just an incentive problem, having a share of the benefits. No. It is more like having a share of the harm, paying a penalty if something goes wrong.'

When Taleb states this in his blunt fashion, it sounds self-evident. People don't change-they have to somehow suffer harm as a consequence of their decisions about other people, and they have to be removed from the system. And yet, as he points out in characteristically dense and yet very enjoyable writing, this kind of skin in the game is rare in those who run today's world. Despite the fact that one of Taleb's many professions is that of a trader and an investment manager, he goes well beyond the financial sphere in this book. In fact, he started the book with an example of the regime changes that the Americans have brought about in Iraq and Libya in the last few years. On finance, he obviously has a lot to say. He quotes a law from the 3800-year old Hammurabi's Code, said to be the first codification of laws in human history, "If a builder builds a house and the house collapses and causes the death of the owner of the house-the builder shall be put to death." We don't have laws like that any more, and that's something Taleb clearly regrets. He does point out that he doesn't literally mean eye-for-eye laws, but regrets that bureaucracies of all kinds are a mechanism by which a person is conveniently separated from the consequences of his or her actions.

As it happens, just the day I read the Skin in the Game excerpt, I came across a news item that connected with these ideas. The report said that the Employees Provident Fund Organisation (EPFO) may decide to reduce the percentage of salary that is deducted by two per cent. Apparently, the intent is to increase the amount of money available for spending and thus, as the news report put it, 'perk up the economy'.

I see this as a perfect example of an idea generated by people who have no skin in the game. Firstly, talking about 'two per cent' is rank dishonesty. It would be a two per cent reduction each from the employee and employer's contribution. This would reduce the monthly PF investment from 24 per cent to 20 per cent, leading to an eventual reduction of the PF amount saved by 16.7 per cent. Someone who would have gotten 50 lakhs will get 41.7 lakh! As it is, everything about PF is inadequate. The amount is inadequate because this is a percentage of basic, not the full salary. The returns are inadequate and thus for most people the final amount is inadequate.

To actually reduce the amount of money that people save is a really bad idea. Thankfully, a day later, the EPFO board shot down this proposal. The EPFO has made a lot of bad decisions in the past but this would have been be in a class by itself. However, the decision-makers would have no skin in this game. They would suffer no ill-effect from employees retiring with less money. I guess we need some of Hammurabi's principles here.