The time to be passive is coming | Value Research https://www.valueresearchonline.com/stories/33693/the-time-to-be-passive-is-coming/ In India, index investing may not be ready for prime time quite yet, but its time is coming

The time to be passive is coming

In India, index investing may not be ready for prime time quite yet, but its time is coming 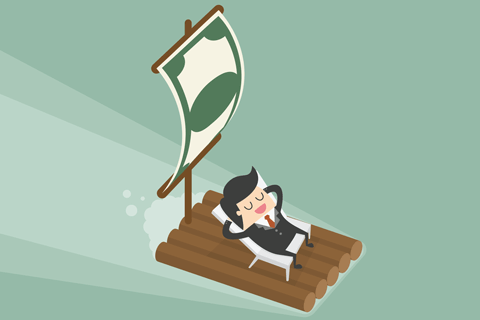 It's a question that I end up revisiting about once every year, mostly because a certain number of people keep asking it. Is it time for Indian investors to take index investing seriously? In other words, should passive investing be the logical choice for an increasing number of investors? It's useful to ask this question periodically because the answer is a moving target. The correct answer (and the reasons for it) is different today than it was five years ago and no doubt it will be different five years in the future.

First, for those who don't keep track of such things, I'll revisit the definition of index funds. Normal mutual funds aim to beat the markets, that is, they aim to have better returns than a market index. Some of them succeed, many do not. In contrast, index funds aim to just replicate the performance of an index, neither better nor worse. Thus, an index fund that is based on the BSE Sensex should have exactly the same 30 companies' stocks that the Sensex has in exactly the same proportion. Investors who put their money in such a fund would get returns that are identical to the BSE Sensex.

In a way, index funds reverse the logic of mutual funds. Funds managers are supposed to work actively to give individual investors the professional investment management that the investors don't have the expertise for. Instead, index funds are based on the idea that fund managers themselves don't have expertise, or that it's not worthwhile to try and spot them. A powerful driver of index fund performance has been low costs, which translates into better returns for investors. That's the theory.

So should you invest in index funds? So far, the answer has been no. However, I can see symptoms that tell us the time for passive investing is well on its way. So far, index investing has not succeeded because the market was not heavily institutionalised and large chunks of companies were not owned by professional fund management. This is now changing.

Another huge factor which points towards the impending rise of passive investing--the main one, I feel--is rising costs. Fund management costs have now gone through the roof. Actively managed funds charge up to three per cent of total assets. This is something that will now start impacting returns in a way that is noticeable to investors.

The next factor is the size of the funds. Indian equity funds have been seasonal and small. A small fund can opportunistically try many investments in midcap and smallcap companies that can yield returns that have a big impact on the portfolio. This is not possible for large funds. The Indian equity fund universe is now dominated by big funds. There are now more than fifteen funds that have more than Rs 10,000 crores. Seven-eight funds are close to Rs 20,000 crore. Such funds have no choice but to be large cap funds. They're finding it hard to beat the index consistently. They have a compelling performance track record over a long period and they have beaten the indices by a big margin. However I visualise that going forward, because of their size, because of the expenses they charge, and because of the growing institutionalisation of the market, they won't find it easy to outperform.

So does that mean that if you are starting an SIP for ten years, you should do so in an index fund? Well, the case is not that strong yet. Over the last five years, the top five actively managed funds would have earned you one and a half times more than a Nifty fund and that's a big difference.

However, it's something that an investor should keep a watch on. At some point in the coming five years, there will likely be a time when it will make sense to stop your SIP in an actively managed fund and turn to an index fund. We're heading in that direction, slowly but surely.