The journey and the destination | Value Research https://www.valueresearchonline.com/stories/33561/the-journey-and-the-destination/ Don't mistake the process for the outcome, advises Amazon CEO Jeff Bezos

The journey and the destination 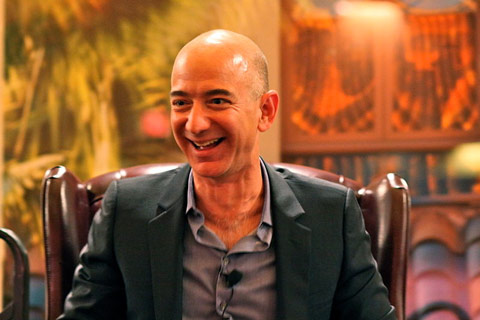 Last week, Amazon CEO Jeff Bezos' annual letter to the company's shareholders was talked about quite a bit in the media. By itself, Bezos' letter was quite interesting, but since Amazon is such a remarkably successful and yet secretive company, any titbit about it is doubly fascinating. Of course, while reading such a letter, one should not be thinking, "So here's what Jeff Bezos thinks." Instead, it should be more like, "Here's what Bezos and his PR team wants you to think what Bezos thinks." But then that's true of every single CEO letter--maybe even Warren Buffett's--so I guess one can't complain too much.

One of the truly unusual things about Bezos' letter to shareholders is that appended to it (as it has been for at least the last few years) is his first such letter, that of 1997. Most corporate managers try to ignore their past pronouncements--I guess Bezos would like people to see that his company has stuck to the path. Here's one sentence in the 1997 letter that really catches the eye: We established long-term relationships with many important strategic partners, including America Online, Yahoo!, Excite, Netscape, GeoCities, AltaVista, @Home, and Prodigy. Twenty years ago, these were the companies that Amazon was proud of associating with. And yet today, of these eight, seven either don't exist or are utterly irrelevant while Yahoo is definitely on life support. Amazon, in contrast, is worth 427 billion dollars (Rs 27 lakh crore).

And that's why when Jeff Bezos writes a letter, one reads it. If you were an investor in Amazon, then reading all his letters starting with 1997 would definitely be a useful thing to do. Can the Indian investor gain anything from reading letters from Indian CEOs? I did try and found that most don't write any such thing and the few who do, go for multi-thousand word wall-of-corporatese style.

The most thought provoking part of Bezos' letter is a discussion of processes and proxies. As companies get larger and more complex, there's a tendency to manage to proxies ... A common example is process as proxy....but if you're not watchful, the process can become the thing. ... The process becomes the proxy for the result you want. You stop looking at outcomes and just make sure you're doing the process right..

Modern business has made such a deity of the concept of 'Process', that Bezos' ideas come as a breath of fresh air. This Process with a capital P has penetrated into all aspects of our lives. Obviously, process is necessary but when you come across it everywhere from the pep-talk of an IPL coach to CVs of entry-level job-seekers, then things have gone too far. Everyone who's supposed to do anything for you seems focussed on processes, not outcome. If you call almost any company for any kind of service, you can witness a full-fledged ritual worshipping the God of Process. Whether it actually leads to the customer getting what he needs, hardly seems to matter. The process has taken over, the outcome does not matter.

Mistaking the process for reality is something that is not uncommon in investment management. It's a business where results can be hard to get, and some companies (and some people) never seem to succeed. However, you can always invent a process of managing the same and follow it diligently. Everyone involved redefines success as following the process, instead of actually achieving the desired outcome. Even in a business where the outputs are easy to measure, process becomes a proxy for outcomes, and then gets divorced from them.

Of course, as an investor, you only have minimum visibility of what actually goes on inside a company or an asset management company. That's why measurement of the actual desired outcomes, and staying focussed on them is more important than anything. The goal is the goal, and not the process.