The Indian infra opportunity | Value Research https://www.valueresearchonline.com/stories/33026/the-indian-infra-opportunity/ Kumar Shankar Roy speaks to Sanjay Dongre of UTI Mutual Fund about the state of India's infrastructure sector and how badly it will be impacted by the demonetisation drive 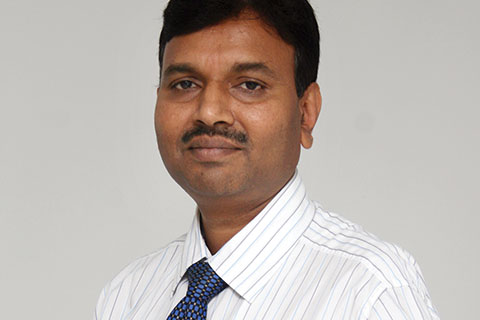 In the last two years, government's capital spending as a per cent of the total expenditure has increased, with the central government sharply raising its allocations to the infrastructure sector. With more people and businesses coming in the tax ambit post demonetisation and GST, there is a likelihood of government's tax revenues increasing over the next few years. This should result in government's spending on the infra sector going up, especially as fiscal deficit has now been brought under control.

What are the areas that stand to gain?
The roads sector is witnessing a significant revival in terms of order inflows and the pace of execution. NHAI, along with the road-and-transport ministry, is awarding at least 10,000 km of projects every year. This augurs well for engineering and construction companies operating in the road sector. Improvement in traffic growth on the back of recovery in the economy, coupled with lower interest rates, may lead to higher profitability and hence higher valuations for road assets.

Metro rail projects are currently under construction or are in the advanced stage in 12 cities, including Bangalore, Chennai, Jaipur, Chandigarh, Pune, Nagpur, Lucknow, Hyderabad, Mumbai, Ahmadabad, etc. The combined cost of these projects is likely to be in excess of `1 lakh crore.

Railways has planned an ambitious investment outlay of `8.56 lakh crores over FY15-FY19, with major focus on network decongestion, network expansion and rolling stocks. Hence, construction companies operating in the railway sector and rolling-stock manufacturers are likely to be the major beneficiaries.

Infrastructure in India has often faced huge time and cost overruns. How is the situation now?
History tell us that most infrastructure projects encountered issues such as land acquisition, environmental and forest approvals, volatility in commodity prices, resulting in time and cost overruns. In addition, some developers have been guilty of bidding for projects aggressively by overestimating the revenue potential. The end result is a lower ROE/ROCE/IRR generated by these projects.

In the last two years, many measures were undertaken by the government in sectors such as mining, power, oil and gas, roads and ports. The removal of sectoral bottlenecks such as land acquisition, environmental approvals and allocation of mining resources may lead to timely completion of infra projects. Project economics is changing for the good. Low oil prices and commodity prices are flattening the cost curve for infra projects. The macro environment characterised by low inflation, restrained fiscal spends and external stability should create the condition for a sustained pick-up in the economic growth. Most infra projects are witnessing moderation in the bidding intensity.

How big is the infra opportunity in the idea of linking rivers?
The overall implementation of interlinking of rivers under the National Perspective Plan would give benefits such as irrigation on 35 million hectare of land, raising the ultimate irrigation potential from 140 million hectare to 175 million hectare and generation of 34,000 megawatt of power, apart from the incidental benefits of flood control, navigation, water supply, fisheries, salinity and pollution control, etc. The project involves rerouting water from major rivers, including the Ganges and the Brahmaputra, and creating canals to link the Ken and Betwa rivers in central India and Damangang and Pinjal in the West. The project will cost about `20 lakh crore and take 20 to 30 years to complete. If such a project is implemented, it will create a 20-year opportunity for the construction and construction-equipment sector.

How do you study investment opportunities in the infra space?
Most infrastructure projects are capital intensive in nature and are mostly financed by high leverage. Hence, it is essential that the ROCE generated by such projects is higher than the cost of debt. Otherwise, the project becomes financially unviable, leaving very little return for equity investors.

Portfolio managers cannot employ the buy-and-hold strategy in infrastructure projects. Any change in economic conditions adversely impacting the revenue potential or cost optimisation may result in a poor ROE/ROCE/IRR.

Cement companies have faced a lot of heat due to various issues. How do you value them today and what is the growth opportunity?
In the near term, the profitability of the cement sector is likely to be negatively impacted as volume growth is likely to be sluggish due to demonetisation. In the medium term, supply additions are likely to be lower. Cement demand may be revived on back of the government's focus on infrastructure creation, expected ramp-up in social-housing schemes and remonetisation in the economy. This may result in reduction in supply- demand gap, which augurs well for the pricing environment in the cement sector.

Cement stocks have corrected 15-25 per cent post demonetisation. The stock-price decilne is largely in line with the likely fall in earnings in near term. But the cement sector will be an early beneficiary of the revival in capex/investment cycle in the economy. Compared to infrastructure projects, the cement sector continues to remain a better and more profitable way of riding the large spends on the infrastructure creation in the economy.

If India's GDP growth rate is hit, even for the short term, how will it affect industrial manufacturing (16.7 per cent of your fund assets) and consumer goods (6 per cent approx)?
In the industrial-manufacturing sector, the fund has an exposure to the companies producing short-cycle products. Since transactions involved are B2B in nature, the impact of demonetisation is likely to be insignificant for the industrial-manufacturing sector. But lower GDP growth due to demonetisation may have some impact across the supply chain, from customer to suppliers. However, the impact is likely to be transient in nature for short-cycle products and normalcy is expected to return in three-four months.

The November-February period is generally a weak season for electrical equipment such as fans, inverters, ACs, refrigerators while March-June is a strong season for them. The impact of demonetisation is unlikely to spill over beyond February 2017 and a large part of remonetisation is expected to be completed by March 2017. The manufacturers of fans, ACs, refrigerators would be bearing the impact of demonetisation during the weak season while normalcy is expected to return during the strong season. The stocks of these manufacturers are looking very attractive at current valuations as they have corrected 20-25 per cent in the last two months, while change in the yearly earnings estimates would be insignificant.

Your fund also has a big exposure to energy (especially natural gas). How do you hope to benefit from it?
Ongoing projects in USA/Canada and Australia may lead to 230 mtpa of large LNG projects to be commissioned in the next five years, compared to the current supply of 300 mtpa. Industry experts indicate that gas prices are likely to remain between $6-7 per mmbtu in the medium term, materially improving the affordability and competitiveness of gas over alternate fuels.

A sustained reduction in spot LNG prices, coupled with a revision of long-term pricing to a new formula of three-month Brent average, is likely to revive the pent-up demand for gas from the industrial sector. A sharp decline in the overall cost of gas is likely to revive demand from the power sector. A changed demand scenario is likely to drive meaningful volume growth for all the players in the gas supply chain. Hence, single-digit volume growth and double-digit earnings growth are likely for the companies involved in LNG terminals, gas pipeline transmission and city or industrial gas distribution.

This column first appeared in the January 2017 issue of Wealth Insight.