An overdue revolution in retirement savings

As yet another budget rolls around, do we dare to hope for the revolutionary changes that retirement savings need? 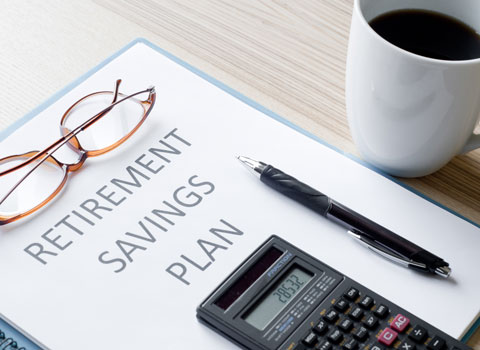 Right from the time it was launched years ago, the National Pension System has suffered from a terrible tax anomaly. It was in February 2009, seven years ago, that I wrote a 'budget expectations' newspaper column in which I first wrote about the need to have taxability parity between the NPS and other retirement oriented schemes. Right from the beginning, it seemed absurd that PPF and EPF were completely tax free at all stages, but the National Pension System wasn't. Withdrawals from NPS are taxable. However, more than a decade after its launch, and despite a clear admission of failure to grow it from the government, this anomaly remains.

The NPS is based on the EET (exempt-exempt-taxed) model of taxation. The invested amount and the reinvested returns are tax free but the final withdrawal is taxed. Many years ago, the Kelkar Committee on Direct Taxation recommended that all EEE options like PF and PPF be also moved to EET. Supposedly, the NPS is just the first to move into this EET system. Unfortunately, everyone knows that politically, making EPF and PPF withdrawals taxable is impossible in the foreseeable future.

From what I've learned in private conversations is that the NPS was always perceived as specifically a pension system by decisionmakers, and its real purpose a replacement for the government's own legacy pension system. Pension is taxable, therefore NPS withdrawals are taxable--the bureaucratic logic seems perfect. It's also deeply flawed when applied to a product which is compared to something like PPF. This renders the NPS a non-starter from the taxation angle. Savers often cite this as an overarching reason for not using NPS as a vehicle for discretionary retirement savings, and it's hard to argue against them.

Will this giant flaw in NPS be fixed this time? Maybe, maybe not. After all, a couple of decades here or there (half the working life of a pension earner!) don't really seem to matter to our finance ministry. So maybe the NPS will be fixed this year, maybe it'll be fixed in the 2030 budget--who knows.

The interesting thing is that this kind of retirement account has actually been actively considered by the government. In fact, this concept was part of original 2009 draft of the Direct Tax Code. However, in the revised draft of DTC dated June 2010, this was one of the provisions which was dropped. The reason given at the time was that such a system would be technically too complex to run on a nationwide basis. However, what was considered too complex at that time should be eminently doable now. A system to track the retirement accounts of all taxpayers could hardly be more complex than the GST network that has been built. The full operationalisation of the Aadhaar system in the years since then should make it all the more easier to implement a retirement account.

Over the last two decades, there has been a great deal of original thinking and ideas about savings and retirement-oriented investment. However, only the bare minimum has actually been implemented and that too in a haphazard manner. If Budget 2017 brings nothing more than some tinkering with tax slabs and the amount of tax-saving investment allowed, then--well, we'll hardly notice because that's what we are used to.