The illusion of high returns 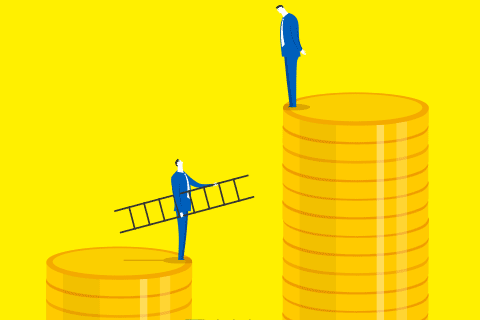 The other day, I got a mail from someone who was disappointed with five-year SIP returns of equity funds that are displayed on Value Research Online. This person had pulled up the table that listed SIP returns of all equity funds and had observed that there were some which had five-year returns as low as 12 per cent per annum and the ones that were in the middle of the list had returns in the range of 14-15 per cent per annum.

The 'safe' returns that one gets nowadays means one's money grows approx one-and-a-half times in five years. In contrast, 15 per cent a year corresponds to doubling one's money in five years. Is it possible to be disappointed by 15 per cent a year, over five years? Well, it's possible to be disappointed by almost anything in this world, as you'll no doubt recall from those childhood occasions when your parents would see your exam marks. It all depends on where you set your expectations.

However, I'm not blaming anyone who has unrealistic expectations from equity returns. The fault actually lies with the history of high inflation and high nominal returns that India has, coupled with the general difficulty in doing mental maths involving compounding returns.

How do inflation and past high rates affect how we think about investment rates? For one, almost everyone remembers a time when it was possible to get 10 per cent a year from a bank fixed deposit. Older people may even remember getting 12 per cent or more. Nowadays, the highest interest rates between 7 and 8 per cent are the norm, with the upper end of that range already being quite rare.

To people who are familiar with the basic arithmetic of saving and investing, all this is trivial stuff, self-evident and hardly worth mentioning. And yet, it's far from self-evident to the vast majority of savers. They feel that an equity mutual fund's SIP return of 15 per cent is, roughly speaking, in the same range as bank FDs because they feel that FD rates are around 8 and used to be 10 at some point.

These illusions are, in a direct way, a byproduct of high inflation and high interest rates. If you adjust for 6 per cent inflation, then the bank FD got you 1 per cent and an SIP in a middling equity fund 9 per cent. You should try the above calculations now.

This demonstrates how high inflation and nominally high interest rates create the illusion that fixed-income assets like bank and other deposits are investments. In reality, they are not. They can barely preserve the value of your money. In fact, there are many periods when they cannot. Worse, there are many of us who have lakhs lying in savings accounts. This money is nothing but a donation to the bank. 'Savings' accounts are the most misnamed financial product in India as there has never been a time when they had interest rates even remotely near the inflation rate. Again, people leave money in these accounts because a 4 or 5 per cent number looks like something.

There's no solution to this except to be aware of it and not let big numbers trick you. The first step towards real and useful financial literacy is to be aware of inflation and compounding and always look at savings and investments after mentally adjusting for these. It's not difficult, and there are few things that are more useful.