Sheela Foam IPO - Should you subscribe? | Value Research https://www.valueresearchonline.com/stories/32536/sheela-foam-ipo-should-you-subscribe/ Want to 'Sleepwell' for years? Go through our tests to find out the answer

Want to 'Sleepwell' for years? Go through our tests to find out the answer 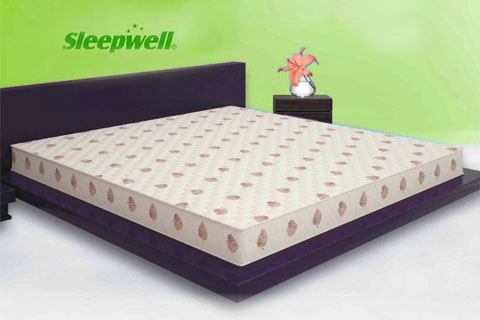 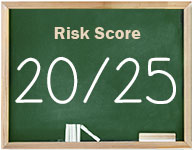 Sheela Foam which came into existence in 1971 makes the iconic Sleepwell brand of mattresses. It commands about 6% of the mattress market but about 20-23% of the organized segment of the market. PU Foam (the type of mattress that Sheela Foam specializes in) currently makes up about 50% of the total mattress market but this is expected to increase going forward especially due to its heat retention properties. Residential demand accounts for about 64% of Sheela Foam’s sales with the rest going to sectors such as automobiles, garments, shoes and sound absorption systems. This makes the potential housing slowdown post demonetisation a major worry.

There are reasons aplenty to be optimistic. A young, urbanizing country with a growing population is fertile ground for a mattress maker. Rising income levels will also induce Indians to pick branded foam mattresses (made by Sheela Foam and its peers) over more traditional ones. The market is currently dominated by the unorganised sector which commands a 70% share. The GST and demonetisation are likely to push business towards organised players from their unorganised competitors. Internet sales, currently at a low 3% of the market, are likely to move significantly up.

On the other hand, the company is heavily dependent on unpredictable raw material prices with raw materials taking up about half of revenue. Its capacity utilization levels are also strikingly low at about 33%. It is offered to you at a steep earnings multiple of about 33 and the money raised will go to the promoters rather than the company (since it is a part exit). The numbers are impressive but also leave plenty of room for doubt. Its revenues grew at about 10% over the past four years while profits grew at a blistering 92%. However much of the growth occured in 2015-16 and can be attributed to inherently unpredictable raw material costs rather a rapidly growing topline or a controlled fall in expenses.

In all, the company passes 20 out of our 25 applicable tests. We invite you to go through them before you answer the principal one in your mind. 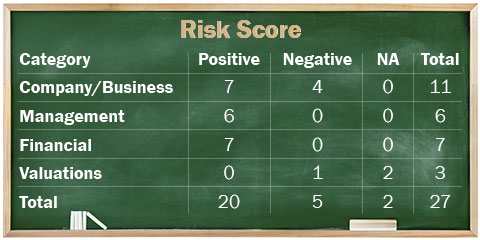 2. Will the company be able to scale up its business?
Yes, its primary products include mattresses used by homes and PU form used in automobiles, furniture and clothings. Both these products are expected to witness strong increase in demand for years to come. 66% of mattress market and 70% of PU foam market is held by the unorganized sector which should over time, yield ground to large players such as Sheela Foam.

3. Does the company have recognizable brand/s, truly valued by its customers?
Yes, Sleepwell one of the most respected names in Indian mattress market.

4. Does the company have high repeat customer usage?
No, PU foam mattresses have a fairly long replacement cycle of 6-8 years.

5. Does the company have a credible moat?
Yes. Sleepwell’s solid brand and well established history (the company commenced operations in 1971) grant it moat.

6. Is the company sufficiently robust to major regulatory or geopolitical risks?
Yes, although company has to work with several raw materials which are hazardous in nature, the company has demonstrated solid work quality standards and has not faced significant regulatory actions.

7. Is the business of the company immune from easy replication by new players?
No, there are no barriers to entry or exit or technological barriers.

8. Is the company's product able to withstand being easily substituted or outdated?
Yes, the management has been able to adapt the company’s products to newer technologies and materials.

10. Are the suppliers of the company devoid of significant bargaining power?
Yes, the principal raw material for home comfort products is PU form which is manufactured in-house. As far as other raw materials are concerned, company purchases them at the spot rate in a reasonably competitive market environment.  However the absence of long term contracts does expose the company to price fluctuations and supply disruptions..

11. Is the level of competition the company faces relatively low?
No, there are a number of both organized and unorganized players in the market.

14. Is the management trustworthy? Is it transparent in disclosures which are consistent with Sebi guidelines?
Yes, there is nothing in the prospectus or the public domain that makes us believe otherwise.

16. Is the company’s accounting policy stable?
Yes. We have no information that indicates otherwise.

19. Was the company’s cash flow-positive during the previous year and at least four out of the last five years?
Yes, it was positive in all five years..

22. Is the company free from reliance on huge working capital for day to day affairs?
Yes, company has reduced its cash conversion cycle from 37 days in FY12 to only 18 days in FY16 on the back of improving debtor and inventory management.

23. Can the company run its business without relying on external funding in the next three years?
Yes, the company’s bank balance increased from 20cr in FY12 to 217 cr in FY16 and its debt fell from 248cr to 115cr during the same period. However should the management make any acquisitions, additional funding will be called for.

24. Have the company’s short term borrowings remained stable or declined (not increased by greater than 15%)?
Yes, they have declined by 35% over the last 4 years.