Out of cash | Value Research https://www.valueresearchonline.com/stories/32519/out-of-cash/ The increasing use of electronic payments over cash transactions will change the economy in a fundamental way, but markets are yet to factor in this

The increasing use of electronic payments over cash transactions will change the economy in a fundamental way, but markets are yet to factor in this

Given that this article was written a month before the demonetisation drive was announced, it makes for an interesting read. 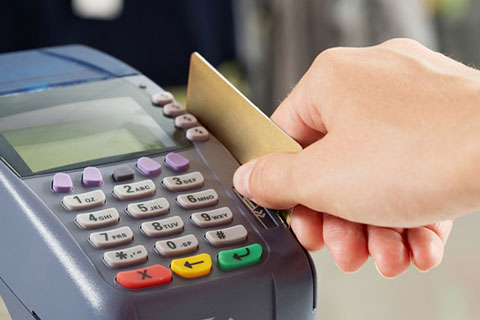 The Income Declaration Scheme (IDS) has led to the addition of about Rs 30,000 crore in taxes to the exchequer since about Rs 65,000 crore in black money has been declared. Reports suggest that only about Rs 15,000 crore was voluntarily declared. The rest of the declarations were forced out by aggressive scrutiny from the IT department. This extra tax revenue will certainly help in balancing the budget.

If we look at it from a different perspective, it's just a drop in the ocean of black money. The declared amount, Rs 65,000 crore, is approximately 0.45 per cent of the official GDP. Depending on what estimate you use, black economy generates somewhere between 25 and 40 per cent of official GDP. For example, going by the famous election jumla, the quantity of black money stashed abroad itself amounts to about Rs 15 lakh per person.

So this is a tiny percentage of black GDP; it will barely skim the surface of black economy. It is also unclear how much money the IT department spent setting up systems, making raids, etc., to collect this cash.

The Income Declaration Scheme, as always, sends a wrong signal like every other amnesty scheme. It reinforces the impression that another such scheme will be offered a few years later.

There are three sectors, which run primarily on black money, and two of those are absolutely untouchable while malpractices in the third sector are hard to change.

One of the three sectors fuelled by black money is real estate. That is, at the least, acknowledged as a problem area. Almost every real-estate transaction involves some cash component; quite often that black cash component is a very substantial chunk of the total price.

Black money from real estate spills over into construction and related industries. Local governments are extremely complicit in this. Every real-estate project involves getting a sequence of permissions and registrations and that means under-the-table payoffs. The developer pays in black to get clearances and buy the land; the developer then takes money in black from buyers and the chain of illegal transactions continues.

There is a useful side effect of the black component. It leads to fewer mortgage defaults. It is 'skin in the game' for buyers. A housing loan is issued on, say, 70-80 per cent of the official white cost. But the buyer has paid another 30-50 per cent of the official cost under the table. The buyer's commitment is high. So India doesn't see the chain of mortgage defaults common to First World housing bubbles.

The second sector which sees enormous black-money generation and laundry is religion. Religion is a very large business indeed. It gets huge tax breaks. The balance sheets of religious organisations are opaque and hard to question. It's easy to set up a religious trust or a place of worship and use that vehicle to launder anonymous donations (often made by the trustees themselves). Religion is effectively legally untouchable. Forget about financial crimes; even if a religious leader is accused of rape or murder (and many religious leaders have such criminal charges against them), the law-enforcement authorities treat that person with kid gloves.

The third sector which absolutely floats on black money is politics. Political funding is a black hole. Cash donations can be accepted anonymously. Most political parties are very reluctant to release data about their finances.

Individual candidates have spending limits in election campaigns. But parties can spend as much as they like. This is a great loophole. Here's how it works. A Lok Sabha candidate 'X' for a political party 'ABC' can only spend Rs 40 lakh (the official limit for a Lok Sabha candidate) promoting himself directly. So, a poster saying only 'Vote for Mr X' would be charged to the personal account. But a poster saying 'Vote for ABC Party' is charged to the party account and the allowed expense on the party account is unlimited.

Over and above 'legitimate' spending via such loopholes, which is exploited by every party, huge amounts are spent under the table. Liquor distributed to goons, for example, is common. So are 'rent-a-crowd' payments, trucking people in for rallies. By some estimates, it takes about Rs 7-8 crore to campaign successfully for a Lok Sabha seat. That means several candidates in every LS seat spend that kind of money.

The same sort of economics features in panchayat, MLC and Vidhan Sabha campaigns. There is no way in which this system will change. Politicians need black money for their campaigns. Every successful politician has broken the rules in this regard and it is absurd to expect legislators to vote for change in a system that favours them.

The best thing one can hope for is that the economy will become less cash-driven as electronic-payment systems catch on. Many people already use Paytm and mobile wallets. There are approximately six mobile wallets in circulation for every credit card. The new Unified Payment Interface (UPI) makes it very simple to transfer small or even large sums instantly without risking giving away account-compromising information. All it takes is a smartphone, a bank account and a couple of text messages to transfer money via UPI.

As of now, 95 per cent of transactions in India (by number) are cash. Mobile wallets and UPI should reduce the number of cash transactions as it becomes possible to transfer anything up to a limit of Rs 1 lakh instantly, 24 × 7. Paying a small odd sum for groceries, or settling cab fares or paying the electrician for a minor repair is very easy with UPI transfers. The urban migrant worker can also easily transfer larger sums to his family in the village.

Over time, these electronic systems will also enable the gathering of huge data on the way the cash economy really works. But they won't eliminate the need to make all-cash transactions. There will be resistance to some electronic transactions precisely because people wish to avoid sales tax and excise.

An entirely cashless system doesn't exist anywhere and that is perhaps a good thing. There are situations when you would rather use physical cash stashed in a trunk under the bed rather than relaying numbers stored in an electronic ledger.

Take for example a situation when banks offer negative or zero interest rates. This is the case in Japan, in the Eurozone and in several other European countries. In fact, roughly 30 per cent of world GDP is now from places with negative policy interest rates. Banks in such regions offer minimal 0.1 per cent interest or nothing at all on deposits, and treasury bills go for negative yields.

In such places, holding cash under the bed makes more sense than keeping it in a bank. In effect, the bank is charging a fee to hold cash. Why pay a fee? For that matter, low or negative rates, encourage risk-taking; if the assured return is negative, people will speculate. Some of the inflows to Third World assets are being driven by this attitude.

Even if the UPI and mobile wallets gain steady traction, the vast majority of Indian transactions will remain in cash for a long while. But these systems will be a great boon for many consumer-facing businesses and these systems might encourage private consumption, too.

It's well known that high credit-card penetration encourages consumption. People make impulse buys that they would not indulge in otherwise. The penetration of the UPI and mobile wallets should lead to similar behaviour.

Most stock-market investors are ignoring this trend towards electronic payments because there is no direct impact on investments yet. But it will change the economy in many ways and we will need to adjust our attitudes to deal with those changes.

This article first appeared in the November 2016 issue of Wealth Insight.