Elections and the economy | Value Research https://www.valueresearchonline.com/stories/32372/elections-and-the-economy/ The economic-development theme is likely to be critical to electoral success now, no matter what the past may have been like

Elections and the economy

The economic-development theme is likely to be critical to electoral success now, no matter what the past may have been like 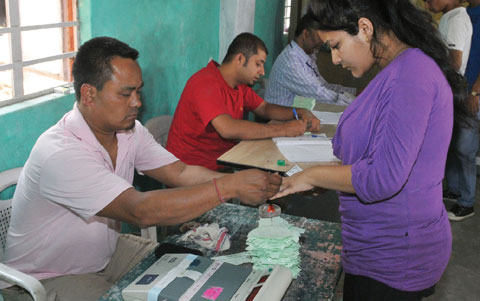 In the Bihar of the 1990s that I grew up in, Lalu Prasad Yadav ruled for many years (can't use the word governed here). This despite the governance and the economy of the state, going to the dogs.

As Santhosh Mathew and Mick Moore write in a research paper titled State Incapacity by Design: Understanding the Bihar Story: "For example, if during his many trips to villages he was asked to provide better roads, he would tend to question whether roads were really of much benefit to ordinary villagers, and suggest that the real beneficiaries would be contractors and the wealthy, powerful people who had cars. He typically required a large escort of senior public officials on these visits, and would require them to line up dutifully and humbly on display while he himself was doing his best to behave like a villager. He might gesture at this line-up and ask 'Do you really want a road so that people like this can speed through your village in their big cars?'"

The fact that Lalu first and then his wife, Rabri Devi, were chief ministers of Bihar, for a very long time, tells us that economic development does not always translate into votes. There are other factors at play as well. In Lalu's case it was the successful alliance of Muslims plus Yadavs who voted for him over the years, which ensured that he kept winning.

Having said that the bigger question is that does economic growth lead to electoral wins? If actions of Indian politicians are to be believed, then they don't seem to think so. Most economic reforms in the country happen through the stealth route, with the government and politicians making almost no effort to explain things to the people who have elected them.
Nevertheless, what does real evidence look like? In a research paper titled Does Good Economics Make for Good Politics? Evidence from Indian States, Milan Vaishnav and Reedy Swanson look at 128 state assembly elections across 18 states over a period of more than three decades between 1980 and 2012. These states account for 93 per cent of India's population.

As Vaishnav and Swanson write: "There is a significant, positive relationship between growth and overall reelection prospects: a one percentage point increase in a state's growth rate is associated with a 7.6 percent increase in the likelihood of a government being re-elected the 2000s."

The point being that while economic growth may not have led to electoral wins earlier, things have certainly changed in the 2000s. In fact, even in the 2014 Lok Sabha elections, economic issues paid a key role in deciding which way the voter voted.
As Vaishnav and Swanson write: "Survey evidence from the 2014 National Election Study conducted by the Centre for the Study of Developing Societies found that voters identified economic issues as the most important determinants of how they behaved on Election Day."
I guess it's time that the politicians also came around to changing the way they look at economic growth and economic reforms and came around to realising that delivering good economic growth leads to their chances of winning in the next election, going up.