PNB Housing Finance - Should you buy? | Value Research https://www.valueresearchonline.com/stories/32334/pnb-housing-finance-should-you-buy/ The rewards of this privatisation by stealth can be high but will they overcome the perils of intense competition?

PNB Housing Finance - Should you buy?

The rewards of this privatisation by stealth can be high but will they overcome the perils of intense competition? 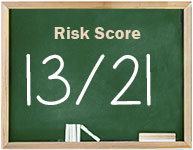 The name Punjab National Bank conjures up the image of a loss making public sector behemoth which recently took one of the largest hits among Indian banks from the NPA crisis. Is its housing arm any better? To your surprise, you'll find that nearly 49% is owned by Destimoney Enterprises, a private player. Post the IPO the company will cease to be a public sector company strictly speaking because the government will no longer own 51% of it. If you think of other erstwhile government owned finance companies that went private, the list is adorned by high performers such as HDFC and ICICI. Will PNB Housing Finance follow suit? Housing Finance Companies owe their existence to home loan restrictions on banks imposed during the late 1980s, favourable terms from the National Housing Bank (NHB) and a tax exemption that allows them to claim a deduction of 20% of their profits. The first of these has largely melted away and the other two may well follow suit under the present reformist dispensation. On the other hand they also enjoy delectably low NPAs (a mere 0.22% Gross NPA Ratio for PNB Housing Finance).

So what of PNB Housing Finance? Its loan portfolio grew at a staggering 62% per annum from FY 2012 to 2016. Housing Loans make up about 70% of its portfolio with the balance going to loans against property at 18% (these can be used by borrowers for non-housing expenditures) and about 12% in construction finance to builders. Housing Loans have a record of safety in India's staid retail driven market. Its cost of borrowing is 8.67% and the bulk of its money (55%) comes from debt markets and public deposits (27%). The yield that it earns on average from its loans is 10.80% making for a rather slim margin of about 2%. However this still translates into a solid shareholder return (ROE) of about 17%.

Housing Finance Companies are likely to face severe roadblocks minus the regulatory privileges that they currently enjoy. Banks are likely to dole out home loans themselves, a threat that exists even without a regulatory change. Its slim margin leaves PNB Housing vulnerable to a squeeze between falling lending rates and the static funding rates that it has locked itself into via its corporate bonds and public deposits.

On the other hand 62% loan growth and 17% shareholder returns are not numbers to be scoffed at. The stealthy privatisation is the great curve ball in the equation - the company shorn of bureaucracy may deliver shareholders truly rewarding growth and profits.

Who's selling and why?
This is a fresh issue of shares worth 3,100 crore which means the money will go to the company rather than existing shareholders.
Post issue, PNB's stake will come down to 38.78% and that of Destimoney Enterprises(DEL) to 37.26%. Management
1. Has the company been free of any regulatory penalties?
Yes, but it is facing investigations from the NHB (National Housing Bank) for certain violations. It was subject to similar investigations in the past but the company was able to resolve the matters involved to the satisfaction of the NHB.

2. Does the company adequately provide for its Non-performing assets (NPAs)? More specifically, is the ratio of provisions to Gross NPAs more than 50%?
No, but company follows the regulatory requirements related to provisions. Currently it is 36.25%.

3. Do the top five managers have stock as meaningful part of their compensation (More than 50%)?
Yes, company launched an ESOPs scheme in April 2016, under which options equivalent to 3% of the company's pre issue share capital were granted.

1. Does the company have a fresh slippages to total advances ratio of less than 0.25%? Fresh slippages are loans which have become NPAs in the last financial year.
Yes, they are only 0.1%.

3. Did the company increase its loan book by 20% annually over the last five years?
Yes, loan book grew by solid 52.82% in the last 5 years.

1. Will the company be able to scale up its business?
Yes, the demand for housing in India is expected to increase at a rapid pace. Government initiatives such as Housing for all and Low cost housing are likely to further support the industry's growth.

3. Does the company have a recognizable brand, truly valued by its customers?
Yes, PNB Housing finance is a well known reliable brand.

4. Does the company have a credible moat?
No, there are 72 housing finance companies and 40 commercial banks selling the same product.

5. Is the level of competition faced by the company, relatively low?
No, it is extremely high and is likely to increase further. Commercial banks have the advantage of low cost borrowing in the form of CASA making it difficult for housing finance companies to compete.