Over the long term, dividends become a sizeable portion of your total corpus 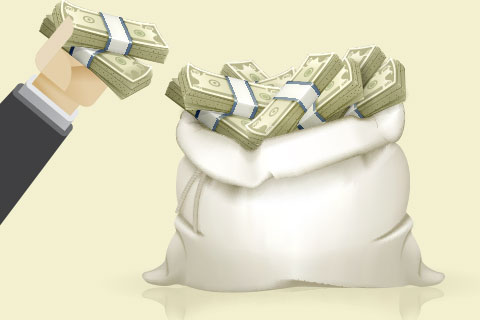 Dividend is the residual cash that a company distributes to its shareholders after it has taken care of capital expenditure and outstanding debt. Though dividend amounts themselves may look paltry, over the long term, they become a significant share of
the total corpus. The tragedy is that investors tend to spend dividends rather than reinvest them. Reinvesting them, even in the same companies from which they were received, can significantly enhance the final corpus.

In order to illustrate this, we looked at the top 20 companies in BSE 500 based on the ten-year return. We assumed that one invested Rs 10,000 in each of these companies in September 2006, i.e., ten years ago. The table below sums up the performance of the top 20 companies. The last column in the table shows the share of dividends in the total returns earned. It has been assumed that the dividends earned had been reinvested in the same company. As one can see, the average of dividends as per cent of total corpus received after ten years is 11.5 per cent. This means that 11.5 per cent of the corpus accumulated came through dividends.

Another notable point is that among the top 20 companies, all the companies except one (Indo Count Industries) paid dividends. This leads us to the conclusion that companies do view dividends as an important tool for capital allocation and use it often to share profits with shareholders. 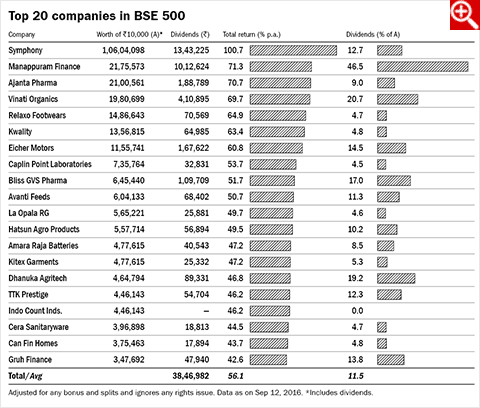