A long-awaited shift in the black economy | Value Research https://www.valueresearchonline.com/stories/32293/a-long-awaited-shift-in-the-black-economy/ Driven by the now permanent real estate slump and the crackdown on black money, India's parallel economy is finally facing an existential crisis

A long-awaited shift in the black economy

Driven by the now permanent real estate slump and the crackdown on black money, India's parallel economy is finally facing an existential crisis 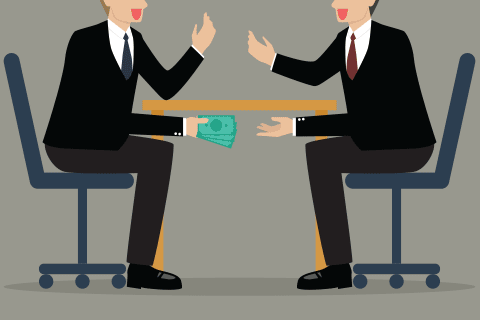 In our country, it has long been believed that the entire black money industrial complex is a permanent part of our economy. Businesses extracting cash, CA firms helping them along by offering all kinds of supporting services, funds flowing in and out of untraceable real estate deals, fake agricultural income, vast amount of bribes to government employees and politicians, and the funding of the political machine at all levels--all this and much more forms an ecosystem that has always appeared to be unshakeable. Most large companies may be running more or less clean but this has been the standard way that small and medium businessmen in India have always behaved. Salaried individuals, as well as honest business owners have always watched in frustration as those who make far more money than them have gotten away without paying anything close to their fair share of taxes.

Even though it may be too early to distribute celebratory sweets, there is plenty of cumulative evidence that this cycle is beginning to break down at some crucial points. The most crucial of these has been the collapse of the real estate bubble. All cheerleading has failed, and it is now self-evident that instead of a temporary downturn from a high normal level, real estate faces a permanent and accelerating drop in the direction of normal levels.

For more than a decade, driven mainly by such cash stashes, real estate prices got completely disconnected with the buying capacity of real users. Worse, even the kind of real estate being produced had lost all connection with what actual people might need. Now, the chickens have come home to roost and one meets real estate 'investors' who are scared--genuinely scared--that some of their holdings may never become sellable. The final straw has been the enormous pressure that has been created by the crackdown on black money. The huge response to the Income Declaration Scheme was largely driven by this. Of course, all this is still work in progress and could still get derailed by the return to a corruption and black-money oriented political dispensation. Still, there is no doubt that there is a decisive move away from the cash economy.