The deep folly of the new central KYC system | Value Research https://www.valueresearchonline.com/stories/32276/the-deep-folly-of-the-new-central-kyc-system/ The new Central KYC system throws out of the window all existing KYC, including Aadhaar

The deep folly of the new central KYC system

The new Central KYC system throws out of the window all existing KYC, including Aadhaar 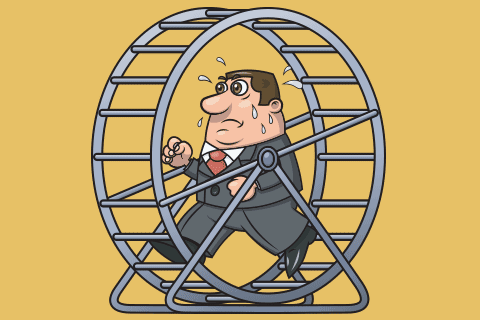 Last week, I wrote about how the new centralised KYC (Know your customer) system that had been promised by the Finance Minister in his 2014 budget speech has ended up actually making the KYC problem even worse for mutual fund investors. After the column was published, I received even more detailed information from some readers about the extent of the problems that are being caused by the new KYC system. It turns out that not just mutual funds, but the KYC associated with all forms of financial customership--including banks--will be invalidated by the new central KYC. If there is a case of a cure worse than the disease, then this is it.

Let's rewind a bit to understand what exactly is happening. Of course, I don't need to explain what KYC is, anyone who's reading this has had several experiences of being KYC'ed. In all likelihood, they've been KYC'ed several times. There is no doubt that if you have a bank account where you have transactions of more than a few thousand rupees a month, then you've been KYC'ed by your bank more than once. Over the last couple of years, you might have had a little relief from repeated KYCs, at least while investing in mutual funds since a combined system started operating whereby a KYC done while investing in one fund company would be applicable to another one, most of the time. This system has, through the use of common KYC Registration Agencies, and now an Aadhar-based e-KYC system set up by the UIDAI, brought about some movement towards an efficient common platform.

Back in 2015, the Special Investigative Team on black money that the Supreme Court had appointed, recommended a new central KYC system. The goal of this Supreme Court KYC was different from that of the initiative announced by FM Arun Jaitley in his first budget. While the budget speech had said that the government would 'take a number of measures to further energize these markets including ... introduction of uniform KYC norms and inter-usability of the KYC records across the entire financial sector', the Supreme Court SIT mooted a new centralised KYC system to track down black money.

Subsequently, the government notified this centralised system, which has taken shape in the form of a Central KYC Registry run by a body called the Central Registry of Securitisation Asset Reconstruction and Security Interest of India (CERSAI). Shockingly, this new system throws out of the window all (and I do mean all) of the KYCs already done. Amazingly, this includes Aadhar-based e-KYC as well as actual in-person KYC that banks, KRAs or anyone else may have done.

The new registry does not recognise any of the KYC work already done. It also does not recognise the KRAs and other KYC intermediaries who are already functioning and have done crores of verifications. Moreover, as things stand now, the Aadhaar-based e-KYC process is no longer valid. In fact, the new system effectively does not trust the biometric system of Aadhaar, and insists on a physical signature. Just think about the absurdity of this. A biometric identification system, which links a person to the unique and non-replicable biological pattern is not trustworthy in this new system. However, a scribble on a piece of paper, which can only be matched against a scribble on another piece of paper is somehow more trustworthy, and an integral part of an identification system. From what I've learned, the new process requires pieces of information that are not there in any existing system and does not lay down any way to move towards a digital system that trusts Aadhaar. Given the time, money and effort that has gone into creating Aadhaar and making it part of a legal framework, this sounds absurd.

As I've pointed out earlier, this excessive and repeated KYC acts as a financial exclusion tool, which is quite the opposite of what this government has set out to achieve. The less affluent someone is, the more likely it is that they won't be able to muster the time and effort to be KYC'ed intensely and repeatedly. Is that the kind of outcome the government is looking for?

The new system is so much of a step backward from what one has come to expect from this government, that I have a hard time believing that it will be allowed to continue without some major fixes.