Young Indians are spending in big billions, and saving less and less 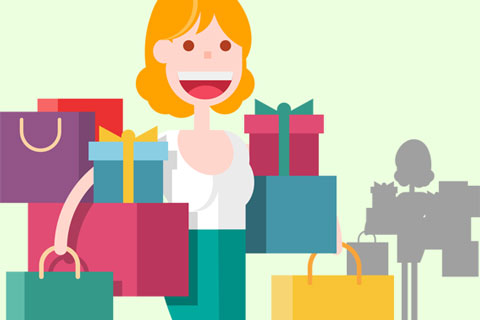 Recently, a colleague of mine showed me an email that he got on the first of the month from an ecommerce outfit called Pepperfry. The subject line of the mail said 'Salary credited? Splurge on Pepperfry'. Of course, this Pepperfry is a rather small fry in this quest to make people splurge. The real masters of this game are Amazon, Flipkart and Snapdeal. The ferocity with which the message about spending is bombarding people is frightening.

The basic message of this 'festive season' is that to be a normal member of society, you must be a consumer first and anything else later. You must spend large sums of money to celebrate religious and cultural festivals. Moreover, you must spend money even if you do not have it, since the ease of converting purchases to EMIs is an integral part of the message.

The result of this shift is an increasingly indebted younger generation which hardly saves. Of course, it's not fair to blame the ecommerce outfits specifically for the increasingly inability of people to save for the future. That's a part of the general shift to an intensely consumption-driven existence. Even so, the instantaneous nature of the gratification that comes from being able to swipe your phone screen and buy must definitely encourage spending too much. That's the reason that ecommerce companies are so desperate to get people to shop from their phone apps.

Unfortunately, there is no equivalent for savings. No one seems to be interested in creating a framework to encourage 'impulse savings'--a way for saving with as little friction as there is in buying from ecommerce companies. Is such a thing possible? Perhaps not. Perhaps you'll just have to create your own way of achieving the same goal. If you're interested.