The transmission powerhouse | Value Research https://www.valueresearchonline.com/stories/32186/the-transmission-powerhouse/ Power Grid has monopoly over long-distance inter-state power transmission and has cornered almost half of the transmission share in the country 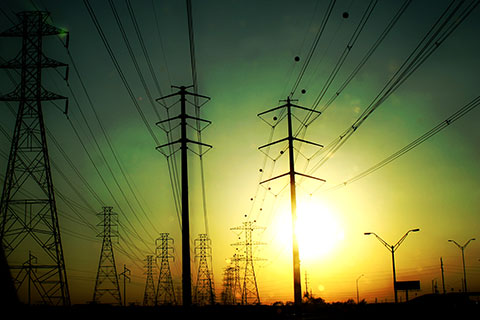 Power Grid Corporation of India, one of the largest PSUs, was formed in 1992. This was the time when India was witnessing a transition to liberalisation from the licence raj. Since then, it has grown at an extraordinary pace to quench India's power thirst. Power Grid is a central-transmission utility. It operates under the Ministry of Power. The company acts as a connecting factor between power-generating companies, like NTPC, and power-trading companies by carrying electricity through its nationwide grid network.

Why we like it
The power sector is one of the most capital-extensive sectors. Especially, creating a nationwide grid to carry very-high power is not an easy task. The kind of capital that is required in this business can only be provided by the sovereign, and this makes Power Grid a monopoly player. It has monopoly over long-distance inter-state power transmission and has cornered almost half of the transmission share in the country. It operates about 1,30,020 circuit km of transmission lines, with 210 substations and transformation capacity of about 2,59,163 MVA (as on May 31, 2016). Given the scale, Power Grid has also maintained healthy efficiency, which is comparable to its global peers.
Its business is insulated from competition for the foreseeable future. Changes in the methods of power generation and distribution are not likely to affect the company.

What's more?
Despite operating for the last 24 years, Power Grid is still going through massive capacity expansion and this should continue for the next decade. Once its capital expenditure cools down, it will start generating large free cash flows with minimum recurring expenses.

The company is also implementing projects under the Rajiv Gandhi Grameen Vidyutikaran Yojana, which will speed up its net-worth strength.

Power Grid has used its infrastructure capabilities to develop an optic-fibre network of about 36,563 km. Since internet connectivity is going to be the next big necessity, its room for growth is susbstantial. Power Gird's long-term plans include extension of this network to the neighbouring SAARC countries.

Watch out!
Power Grid has a total debt of around `1 lakh crore, which is about 2.5 times the equity. But the company's cash flows are strong enough to service it uninterruptedly. Secondly, to maintain the debt-to-equity level the company has also issued equity from time to time. Thus, equity dilution for existing investors may occur in the future as well.

Our take
The stock is available at reasonable valuations. At a PEG ratio of 0.77, it makes a compelling investment case. 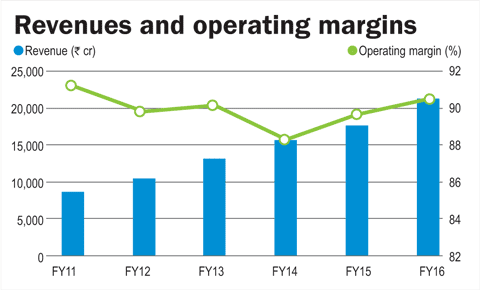