HPL Electric and Power Limited IPO - Should you subscribe? | Value Research https://www.valueresearchonline.com/stories/32107/hpl-electric-and-power-limited-ipo-should-you-subscribe/ The promise of a nation rapidly electrifying weighs against a legacy of inefficient and indebted customers. Go through our questions to determine which is credible

HPL Electric and Power Limited IPO - Should you subscribe?

The promise of a nation rapidly electrifying weighs against a legacy of inefficient and indebted customers. Go through our questions to determine which is credible Remember that ubiquitous dusty box that lies forgotten at the bottom of every building's staircase? One that we look at only if the lights go out or if we receive an outrageous bill? That ladies and gentlemen, is HPL's principal business - electricity meters. The company gets nearly half its revenue from its metering business and it is the market leader in this segment. Its principal customers are power utilities - which after decades of inefficiency, theft and debt are now the focus of a government cleanup. Its other revenue streams are all connected to electricity - switchgears, lighting and railway electrification.

The company has warehouses in 21 states and no less than 2400 dealers or distributors all over the country. As India electrifies, the company's established presence in this market holds out a promising future. A facet of this process is the shift towards LED lights which the company has positioned itself towards.

However, not all is well with HPL. The company made about 1,121 crores in revenues in FY 16 but just 36.62 crores in profits (about 3% of revenues). Revenue growth has been robust over the past 5 years at 14.55% but the bottom line has been flat. Its competitors are no small fry - L&T, Schneider Electric and Phillips and whether it will be able to hold its own against them is an open question. Last but not least, its humongous levels of working capital are a worry. It has 512 crores due from its debtors (mostly power utilities).

30% of the company is being sold in the IPO which is a fresh issue of shares (existing shareholders will have their ownership diluted). The company is raising about 389 crores (at the middle of the price band). 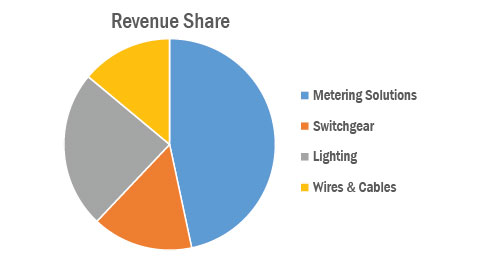 The company proposes to use 33% of the IPO proceeds to pay down debt, 46% to fund working capital and the balance for the company's general needs. 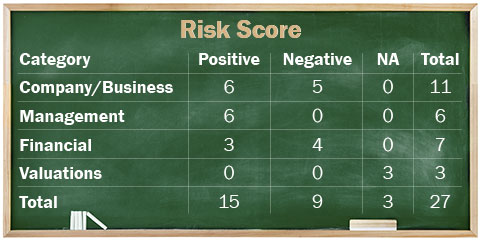 2. Will the company be able to scale up its business?
Yes, HPL has good growth potential. According to Frost and Sullivan, the metering segment (HPL's largest source of revenue) has a growth potential of 11%-12% over the next 5 years. Certain other segments such as lighting have double digit growth potential.

3. Does the company have recognizable brand/s, truly valued by its customers?
Yes, HPL has the highest market share in metering solutions and a significant presence in its other lines of business.

4. Does the company have high repeat customer usage?
Yes, 45.21% of revenues are derived from power utilities who are regular customers.

5. Does the company have a credible moat?
No. This is a highly commoditized business. Power utilities give contracts to lowest bidder.

6. Is the company sufficiently robust to major regulatory or geopolitical risks?
No, most of the company's manufacturing facilities are located at a single location (Haryana), exposing HPL to geographical risk especially considering recent political instability.

7. Is the business of the company immune from easy replication by new players?
Yes, the company has a 'pre-qualified' status with power companies including government owned utilities and agencies which is difficult for challengers to obtain.

8. Is the company's product able to withstand being easily substituted or outdated?
Yes, there is very little risk of substitution.

10. Are the suppliers of the company devoid of significant bargaining power?
Yes. There is nothing in the company's raw material consumption to indicate otherwise.

11. Is the level of competition the company faces relatively low?
No, there are multiple domestic producers and strong competition from imports.

2. Do the top three managers have more than 15 years of combined leadership at the company?
Yes, the promoter and chairman Mr Lalit Seth has over 40 years of experience in the industry. The average experience of senior management is over 20 years.

3. Is the management trustworthy? Is it transparent in disclosures in consistent with Sebi guidelines?
Yes, there is nothing in the prospectus or in the public domain that makes us believe otherwise.

6. Is the company free of promoter pledging of its shares?
Yes, there is no pledging.

2. Was the company's cash flow-positive during the previous year and at least four out of the last five years?
Yes, cash flow from operations is positive in the current year and in 4 out of last 5 years. It was cash flow negative in 2011-12 due to a huge investment in working capital.

3. Did the company increase its revenue by 10 per cent CAGR in the last five years?
Yes, revenue grew by 14.55% on average in the last 5 years.

6. Can the company run its business without relying on external funding in the next three years?
Yes, the proceeds from current issue will help in bringing down debt to equity ratio to 1.25 from current 1.63. It will also satisfy working capital requirements of the business.

1. Does the stock offer operating earnings yield of more than 8 per cent on its enterprise value?
At the price band of 175-202, it offers an operating yield of about 5.7%.

2. Is the stock's price to earnings less than its peers?
At the price band of 175-202 the PE is about 35. By way comparison, peer Havells India has a PE of 42.37 (after excluding extraordinary gains from its earnings).