How efficient is your bank? Find out | Value Research https://www.valueresearchonline.com/stories/32094/how-efficient-is-your-bank-find-out/ The cost-to-income ratio helps judge how efficiently a bank is being run

How efficient is your bank? Find out 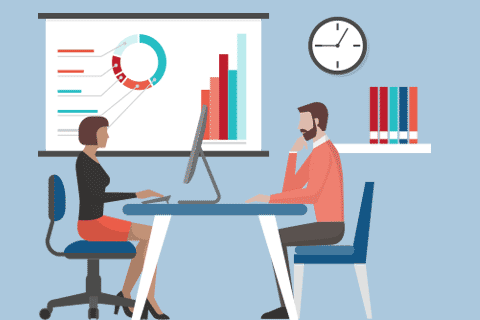 The cost-to-income (CI) ratio is probably one of the most important ratios in the banking sector, yet it is not much talked about. It is also called the efficiency ratio as it indicates how efficiently a bank carries out its operations. It is calculated as follows:
Cost-to-income ratio = Operating expenses/(Net interest income + Other income)

The important thing to note here is that this ratio does not take provisions into account. Hence, even if a bank is facing non-performing-asset (NPA) problems because of a bad economic environment, this ratio is not impacted. Therefore, banks have no excuse for an increasing CI ratio, which clearly shows poor management.

In the accompanying figures, banks whose CI ratios have improved and worsened over three years are given (the lower the ratio the better it is). Most banks whose CI ratios have worsened are public-sector banks. This means that their NPA problem runs even deeper. More than being an NPA issue, it actually is a problem of efficiency. Public-sector banks, being government controlled, have run into their current problems because of mismanagement by the government.

In the figures, the three-year stock-price returns of the banks have also been given. As one can observe, inefficiency is often coupled with a fall in stock prices.

So, the takeaway for the stock investor is to focus on efficiency of operations, especially in the banking sector. While the market is optimistic about peaking NPAs and sees good times ahead, they can stay elusive forever. 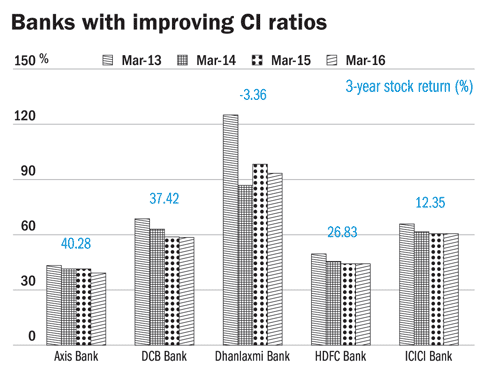